This case is very important in the history of medicine — and not only because of the sad fate of the boy David Phillip Vetter, but also because of the huge chain of ethical problems that it poses and for which there is still no clear answer. 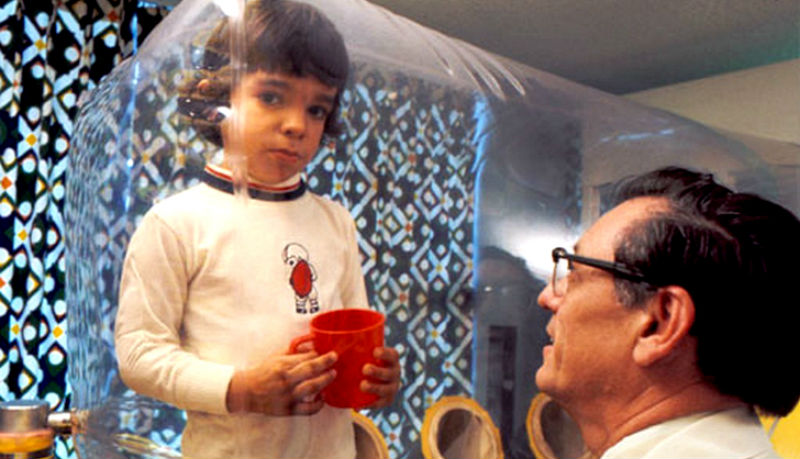 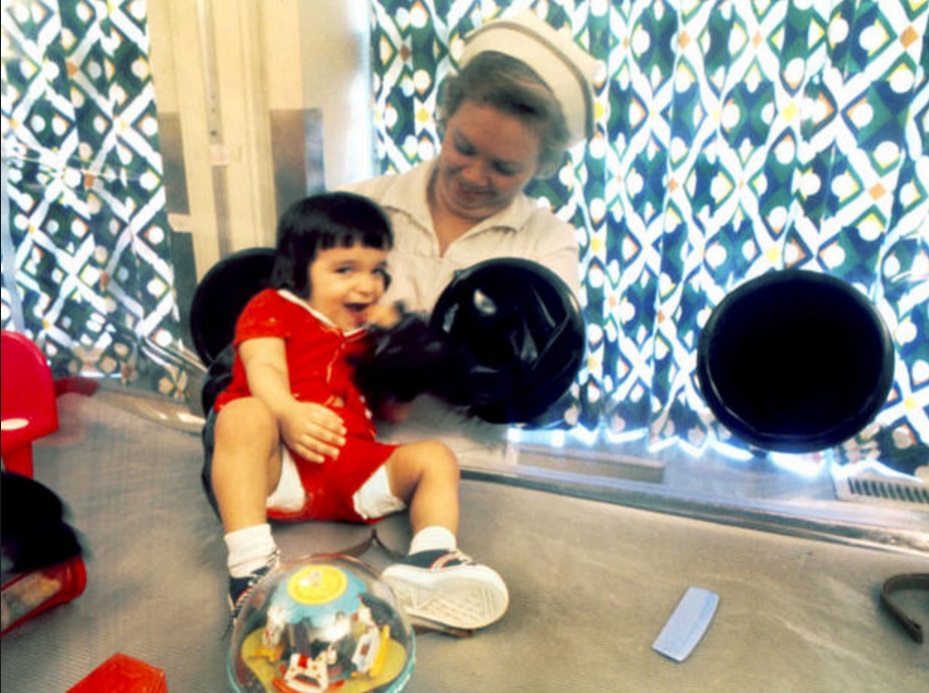 Remember Tolstoy and his passage about unhappy families. The family of Wetterau, pious Christians were unhappy because of genetic problems. Their eldest son, David Joseph Vetter III, died at the age of seven months. The diagnosis is scary and gives almost no chances: SCID, limfozitos, syndrome Glanzmann — Riniker, aka severe combined immunodeficiency (DID), aka the thymic alymphoplasia. After the above described scenario, the disease will get another name. 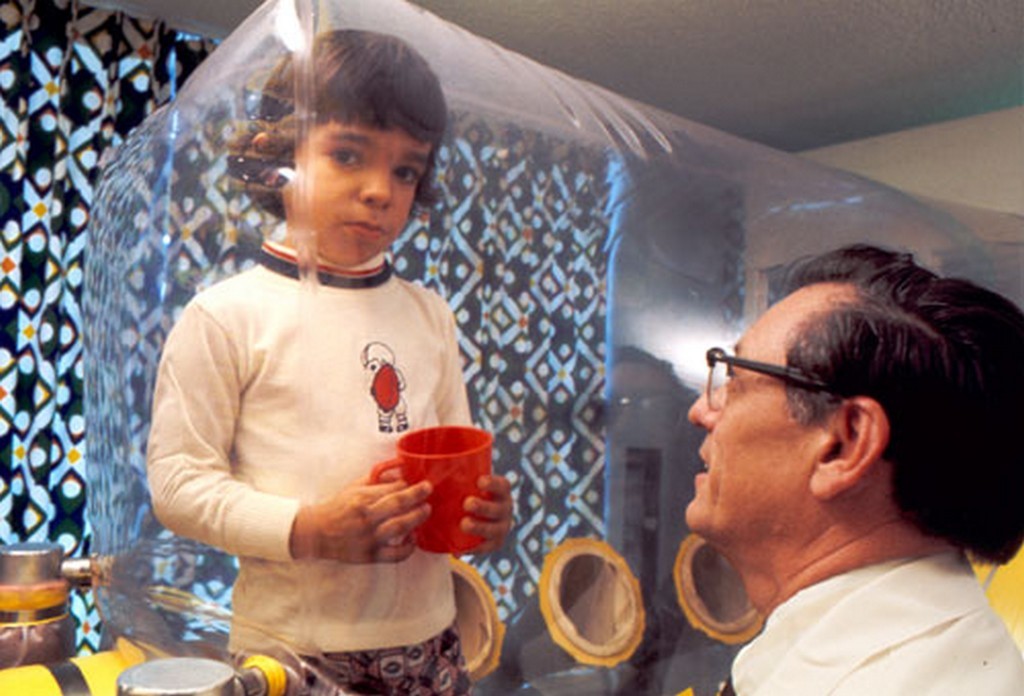 The essence of the disease is that the genetic defect disrupts the function of the thymus gland, resulting in the unborn child are absent (or almost absent) T-lymphocytes and B-lymphocytes are, but don’t work. Usually this disease occurs with a probability of 1:100 000 newborns (except Navajo and Apache, where the frequency of 1:2500). However, if the boy born with the disease, the probability that the next boy will be the same — 50%. 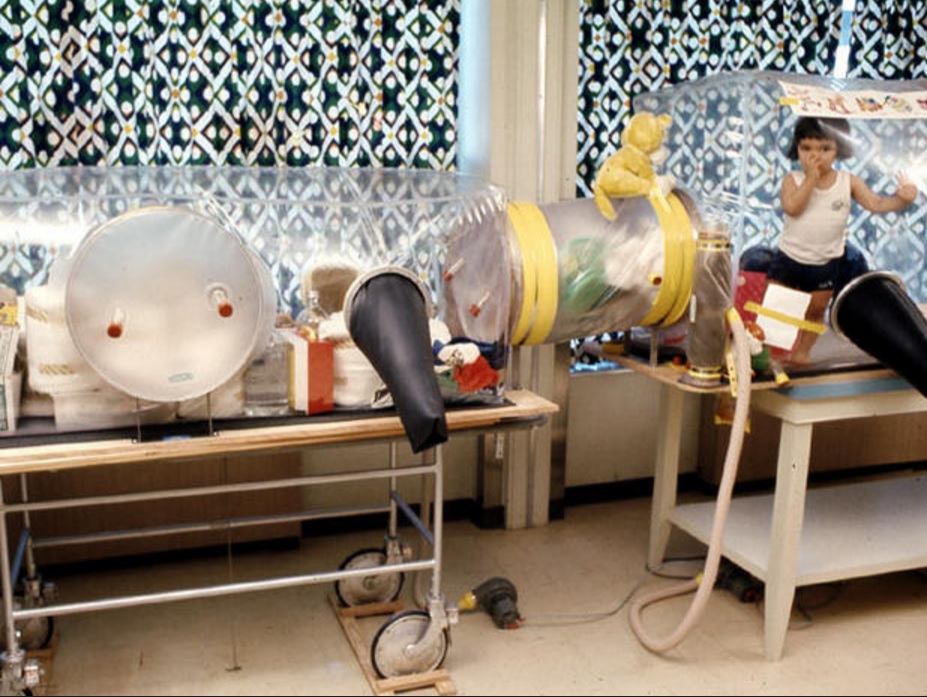 The only chance to save the life of a newborn — a bone marrow transplant. In the family of Wetterau potential donor was — their daughter Catherine. That’s probably why they decided to have an heir. The more that doctors from the medical College of Baylor — John Montgomery, Mary Ann stout and Rafael Wilson assured parents that if the same DID happens, it will be possible to place the boy in a sterile box to a bone marrow transplant. That is, if the bone marrow is not suitable, for some reason nobody had thought of it. 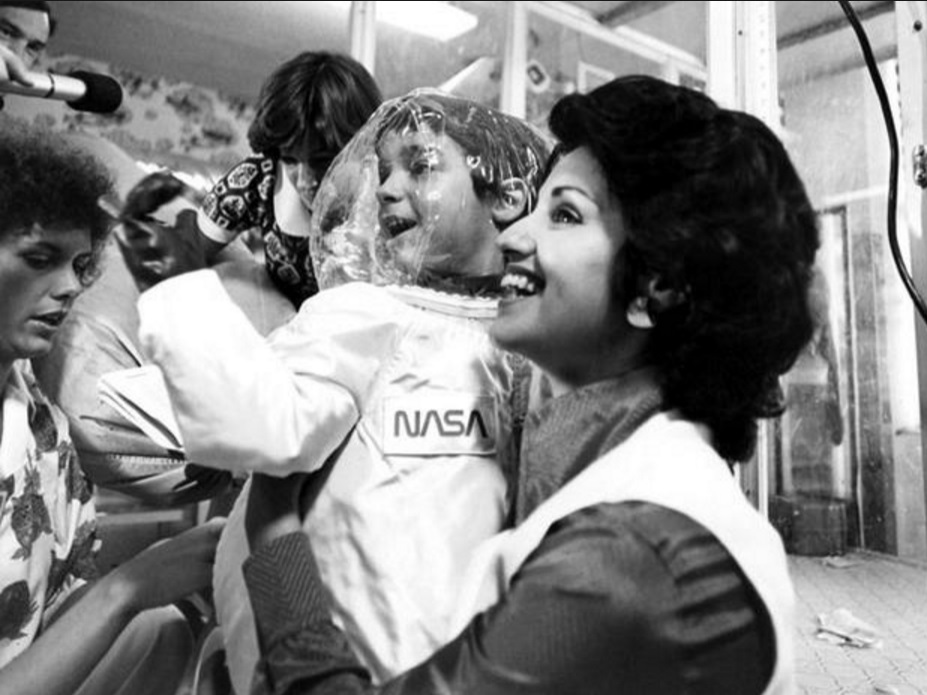 The child was born, the bone marrow did not come. The boy was left to live in a sterile bubble. He was baptized disinfected with Holy water and remained in jail for a dozen years, almost until his death.

Before getting into the sterile cocoon of David, water, air, food, diapers and clothing thoroughly disinfected. To David was touched only through special plastic gloves built into the wall of the bladder. Toys, books and other items cleared from the slightest remnants of glue and labels, then placed in a chamber filled with ethylene oxide, and was kept there for four hours at 60 °C, and then subjected to aeration for 1-7 days. 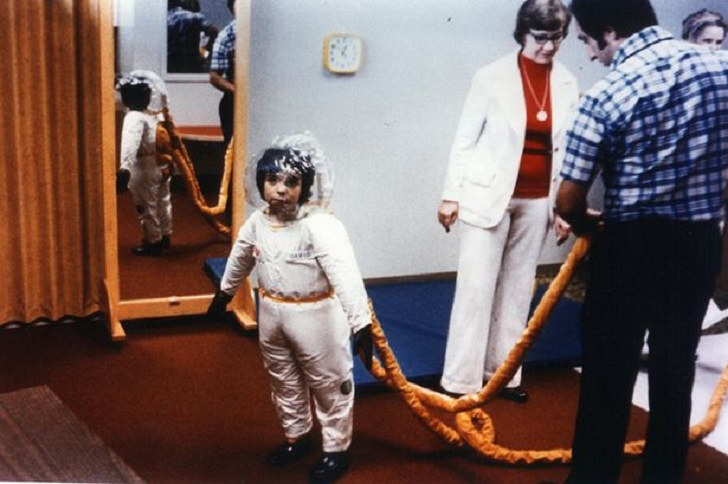 The boy became psychologically unstable, irritable and depressed: he quickly understood what kind of life awaits him and how it differs from ordinary people. In four years, he pierced his bladder forgotten someone with a syringe, I had to tell David about germs and deadly. Since then, the child added another phobia: the fear of germs.

Interestingly, ethical questions process the doctors asked once, in 1975. Then gathered a Council, where John Montgomery said if he had the chance, he would make such a project again with another child. When asked: “how long are you planning to implement such projects?” he said: “Until then, until you decide that this no longer squeeze any information or until the outcome of the project is not clear”. More ethical consultations was not collected. 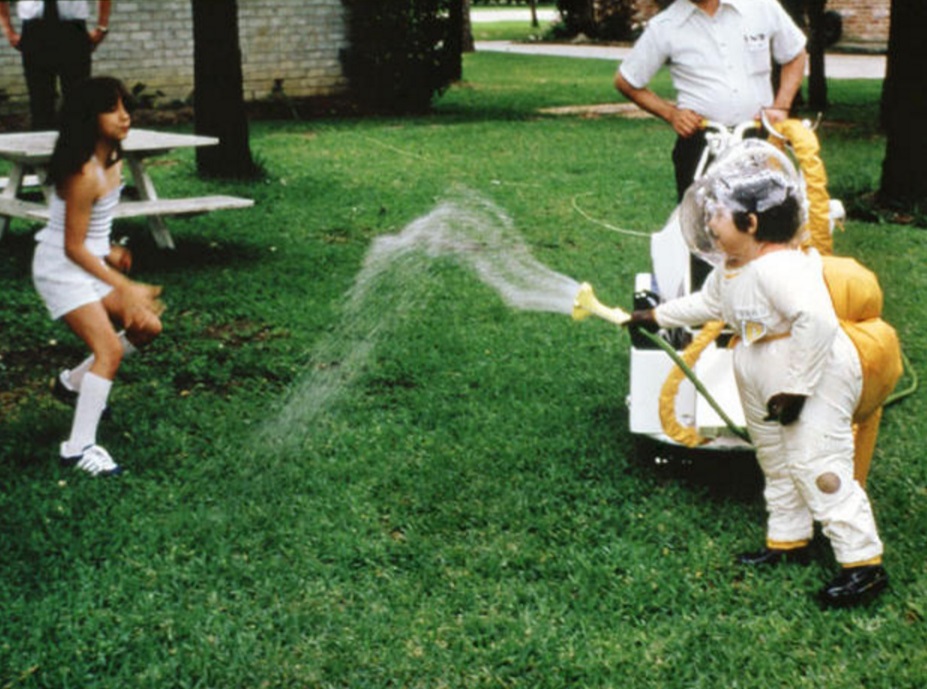 When David was six years ago and decided to experiment experts from NASA, making the boy a suit for a stroll. However, the boy could not bring himself to wear the suit (ibid germs!), and then to come out of the bubble and see the first set of objects. Anyway, in only six years, the child made more than six steps in one direction. And NASA has published a detailed article on the experience of building a children’s spacesuit. 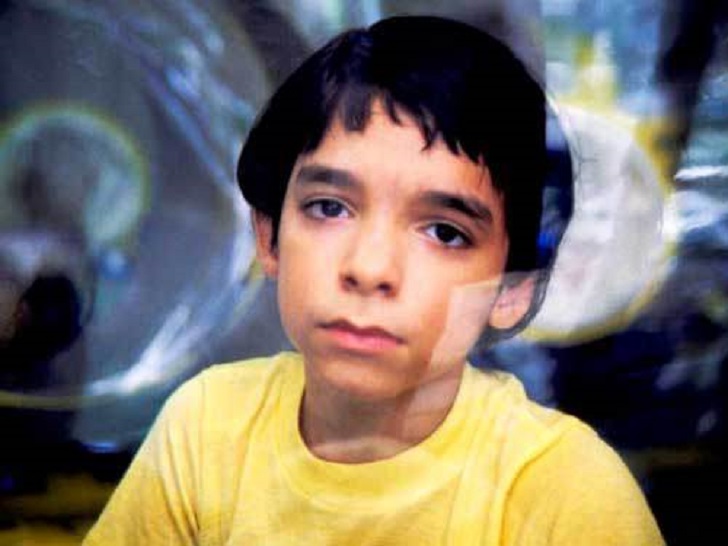 Began the 80s In the US government began to make noise on the subject too expensive (over $ 1.3 million) of the experiment, becoming uncontrolled by David and the lack of hope. However, it was not clear that it is proposed to kill him? 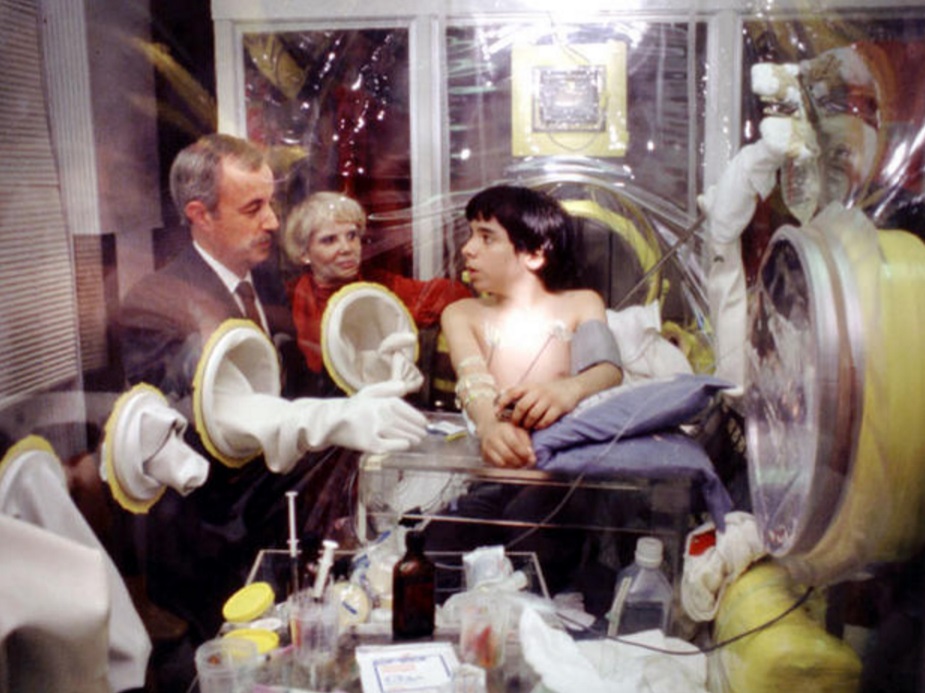 Appointed new doctors who offered to pump the boy gamma globulin and antibiotics, which then meant certain death. Parents flatly refused, and then the team spent three years to convince parents to allow after bone marrow transplantation — all from the same sister. No, she’s not any better approach, but for ten years there have been some results on the fight against exclusion. Parents were convinced that the operation was conducted (and, incidentally, against the wishes of a boy caught her on film). 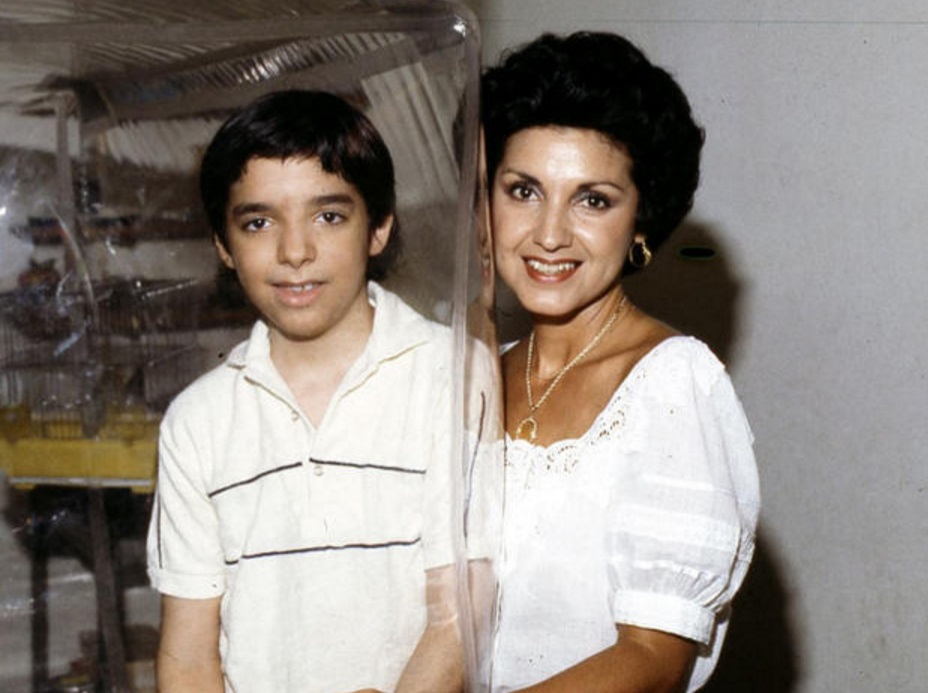 It turned out that the operation was a death sentence. In bone marrow, sister of David dozing virus Epstein — Barr. Which, as was already established, the future Nobel laureate Harald Tsur Hausen, causes mononucleosis and Burkitt’s lymphoma. Yes, this virus have almost all, but almost all of it presses the immune system, which was not the kid.

First, in the bubble, the boy developed mononucleosis, and had to be removed from the bladder. For the first time in 12 years, the mother touched the son, and the boy immediately asked Coca-Cola about which dreamed all life. Coca-Cola is not given, found hundreds of tumors. Burkitt’s lymphoma, coma, death, divorce. The disease got the name “the syndrome of the boy in the bubble”. 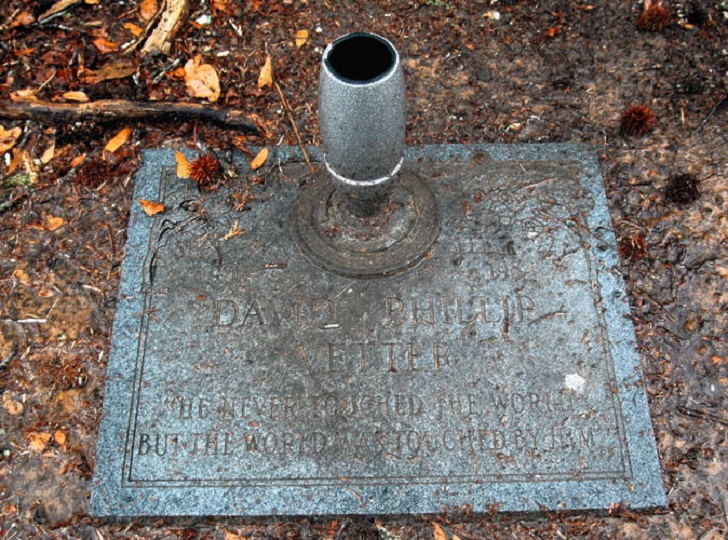 Personal psychologist and best friend of David Mary Murphy and not allowed to publish written at his request, “a true account of his life.” And on the tombstone he wrote touching words: “He never touched the world, but the world was touched by him.” 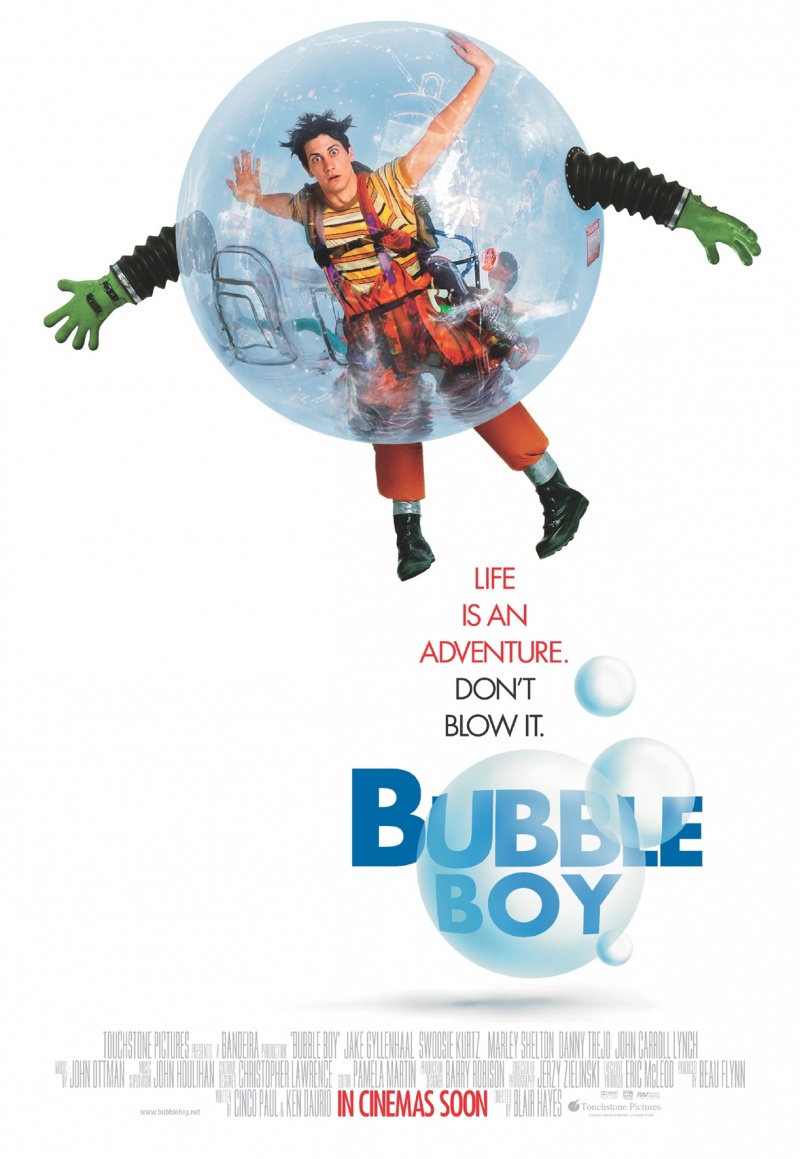 Based on the life of David was filming the Comedy “the Guy from bubble”, where all ended well.

Is there a definite moral decision in this case? We honestly don’t know. But David Vetter deserves to be remembered and thought of every time the question arises, what is better.