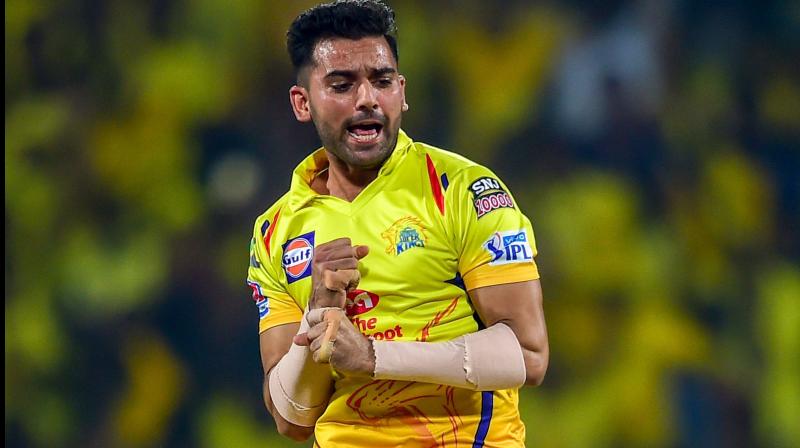 Ruturaj Gaikwad, the 23-year-old right-hand batsman and a product of Dilip Vengsarkar’s cricket academy in Pune, is one of the two players who have tested COVID-19 positive; eleven other crewmembers have also tested positive for the infection. Ruturaj plays for Chennai Super Kings (CSK) in the IPL.

However, Ruturaj’s father Dashrath Gaikwad, who recently retired from the Defence Ministry, told us on the telephone from Pune that Ruturaj has been messaging him and his mum, asking them to not worry and assuring them that he is fine. “I am positive. Nothing to worry. I am fine. I have no symptoms. Will be quarantined for 14 days. I am absolutely fine,” his messages to his father read.

That being said, Dashrath and his wife and Ruturaj’s mum, Savita, a primary school teacher, who apparently learnt of the news from the media before hearing of it from his son from Dubai on Saturday morning, are understandably worried.

“Yes, we were really shocked and surprised when we got the news,” says Dashrath. “Before heading to Chennai for the camp, he had voluntarily undergone tests in the Golwilkar Metropolis Lab in Pune, and the results for his tests then were ‘all clear’,” says the father.

For now, Ruturaj’s trainer Vijay Patil and the academy coach Mohan Jadhav, who are in regular contact with him, tell us that Ruturaj is quarantined in his room. He has apparently been exercising as per the directions of the team physio while taking all necessary precautions.

Deepak Chahar, the other affected IPL player also from CSK, has been finding support in his family members. Deepak’s sister, Malti, wished him a speedy recovery via a social media post, saying, “You are a true warrior, born to fight…Day is brighter after the darkest night…May you come out stronger than ever before..With love and prayers, waiting to see you road (to all CSK family) (sic).”

Deepak’s cousin, Rahul, who plays for Mumbai Indians and is now in UAE, also wished him a speedy recovery.

Adding to the concerns, in an interesting development even as the world eagerly hopes for no more COVID-19 positive cases among those at the IPL, Suresh Raina, who recently announced his retirement from international cricket on the heels of Dhoni, on 15 August 2020, has returned home from the tournament. He cited personal reasons.

While it was initially assumed that he did so because of his uncle’s death in Pathankot, according to our sources, after landing in Delhi, he left for Ghaziabad, where his family members stay. It is rumoured that Suresh Raina’s exit from CSK for IPL 2020 was likely because of corona fears.

Given the pandemic and the related situation, and especially with players and crew members testing positive, the IPL teams will soon hire psychologists to deal with the players’ anxieties and related issues.

Vardayani Chitale-Gore, sports psychologists from Pune agrees that players will find it especially tough because they will not be able to do some of the things that were considered absolutely normal before, like going out for a walk on the streets or heading out to chill out in malls or pubs/restaurants.

But she also believes the spirits cannot come crashing. “The crucial role of a coach and psychologist will be seen here. Because come what may, the vibe of being a team should still remain the higher priority and how those professionals help the players to bond especially off the field will be important,” says Vardayani.”