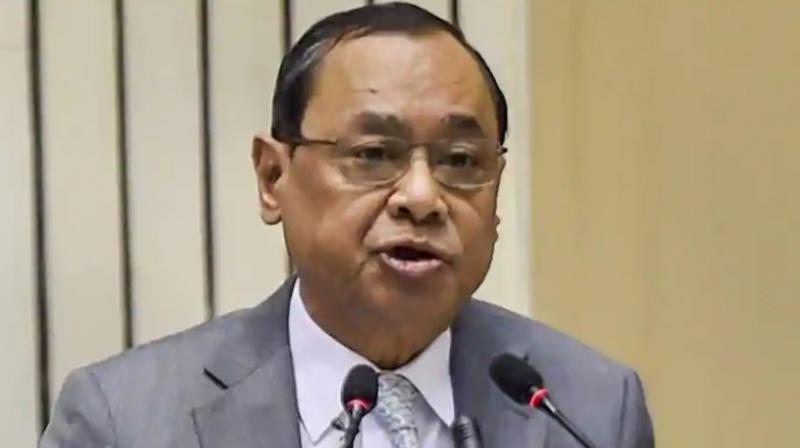 Meanwhile, Peasant body Krishak Mukti Sangram Samiti on Saturday announced that it will launch a political party to fight the Assam assembly election in 2021 and its jailed leader Akhil Gogoi will be its chief ministerial candidate. Addressing a press conference here, the KMSS leadership said the proposed party's name will be announced by Gogoi once he is released from jail.

"We have prepared ourselves to form a new political party. It will be a regional party. People from all tribes, castes, communities, religions and languages will be a part of this party," KMSS President Bhasco De Saikia said. The new outfit will be a non-compromising political force and it will not be named after KMSS' earlier venture Gana Mukti Sangram-Asom.

"Because of our non-compromising position Akhil Gogoi is still inside the jail. By October, we hope he will be released. He will announce the name of the party after coming out of the jail. The name of the party has been finalised already," Saikia said. Gogoi is lodged in Guwahati central jail and is being probed by the National Investigation Agency for his alleged role in violent protests against the Citizenship (Amendment) Act late in 2019. The Special NIA Court earlier this month rejected his bail plea.

Asked if Gogoi, who is the adviser of KMSS, will fight the polls, he replied in the affirmative.

"Yes Akhil Gogoi will fight the polls in 2021. He will be our CM candidate," Saikia said. "We are at present fighting for Akhil Gogoi's release. Responding to our appeals, the people of Assam have come forward and contributed large amounts to carry forward the legal battle," Saikia said.

Elaborating on the proposed party, he said all intellectual preparation for the new party is ready as is its constitution.

"The work agenda will be known as Asombasir Jatiya Karmahuchi and it will be the basis of the future modern Assamese society. We will send the constitution and the agenda to all district committees and our sister organisations. Then we will make these public and seek the peoples' opinion on them," he said.

The KMSS leader said the proposed political party will fight against all forms of communal forces and appealed to regional forces to come forward and join hands to defeat the ruling BJP and its allies.

"Our goal is to create a politically federal, economically self reliant, socially and culturally inclusive, and mentally scientific Assam. The KMSS will remain as an independent organisation like today and the political party will be separate," Saikia said. Asked if KMSS has spoken to opposition parties in the state and All Assam Students' Union, which too is foraying into politics, Saikia said "We have not talked to Congress or AASU yet. We all have to unite. The need of the hour is to join hands." About the number of constituencies that the new front will contest, Saikia said it is being worked out and will be announced later.

The KMSS leaders, the AASU and Asom Jatiyatabadi Yuva Chhatra Parishad (AJYCP) have been separately making public statements about forming new regional political parties since the protests against the CAA in December 2019. On August 19 student and youth bodies AASU and AJYCP set up an 18-member committee of prominent personalities to suggest the two organisation's future course of action, a step towards their much-talked about political entry ahead of state Assembly polls.

Former Assam chief minister Tarun Gogoi had announced that Congress is working on to form a 'Grand Alliance' of non-BJP parties, including the AIUDF, Left and AGM, to oust the ruling party in the assembly elections and kept doors open for any new parties.

The election to the 126-member Assam Assembly in 2016 had given a fractured mandate and no party got the absolute majority in the current House. The ruling BJP is in the government with support from the AGP and BPF along with one Independent MLA.