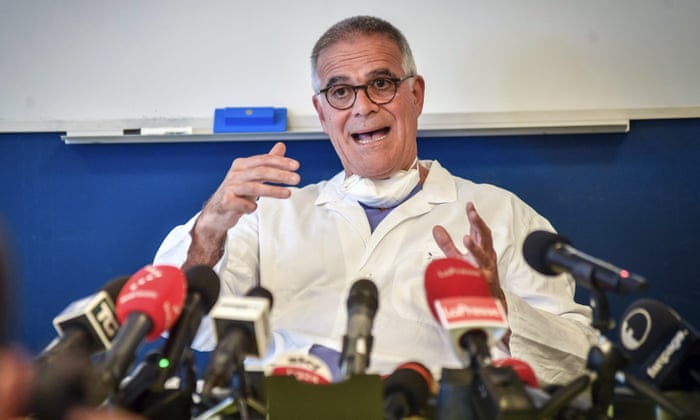 Silvio Berlusconi has said doctors at the hospital treating him for Covid-19 told him he was “No 1” for the severity of his viral load and that he is fighting to emerge from a “hellish” illness.

The former Italian prime minister, who was admitted to Milan’s San Raffaele hospital on Thursday, made the comments in a phone call to a candidate from his Forza Italia party during a regional elections rally in the Aosta Valley.

Berlusconi, 83, said that of the thousands of coronavirus tests carried out at San Raffaele hospital, doctors told him that he had the worst viral load. 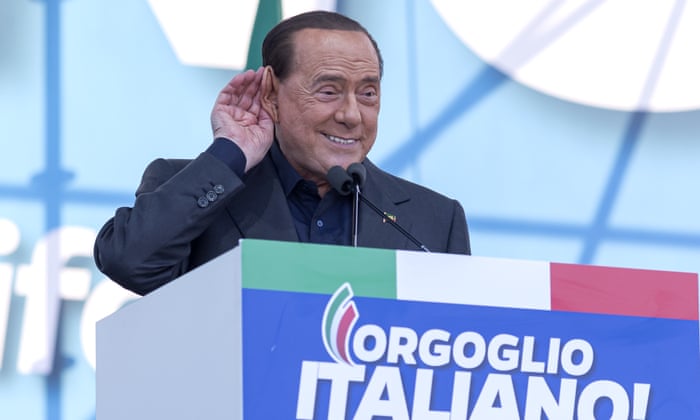 Berlusconi’s condition is continuing to improve, his doctor, Alberto Zangrillo, said on Tuesday.

Zangrillo, the director of anaesthesia and intensive care at San Raffaele, said on Friday that Berlusconi, who had heart surgery at the same hospital in 2016, had a “mild” lung infection as a result of Covid-19.

The former prime minister’s eldest daughter, Marina Berlusconi, was confirmed to have tested positive for coronavirus on Monday. His youngest son, Luigi, and daughter Barbara also have the virus, as does his girlfriend, Marta Fascina, a politician with Forza Italia with whom he began a relationship this year.

Berlusconi, who led three Italian governments between 1994 and 2011, was tested for Covid-19 after a stay at his villa on Sardinia’s Costa Smeralda, where several coronavirus clusters that emerged in August were traced to nightclubs, including Billionaire, owned by the former Formula One team boss Flavio Briatore. On 12 August, Briatore shared a video of the two together at Berlusconi’s villa. Briatore was also admitted to San Raffaele hospital for a few days in late August after contracting the virus.

Zangrillo, who is also Briatore’s doctor, provoked widespread criticism in late May after claiming coronavirus “no longer exists clinically”. He appeared to acknowledge his error during an interview on the Cartabianca current affairs programme on Tuesday.

“I said that the virus is clinically dead; I made a mea culpa for an out-of-tune expression but I repeat it in meaning,” he said. “I have always called for common sense: if someone goes to a nightclub without a mask and without taking precautions, I don’t think it’s my fault.”

Berlusconi’s Forza Italia is competing in six regional elections this month in coalition with the far-right parties the League and Brothers of Italy. He told supporters on Wednesday he was “by their side”.

“I want to participate in this election campaign: we must convince the undecided, and overcome an inadequate government,” he wrote on Instagram.