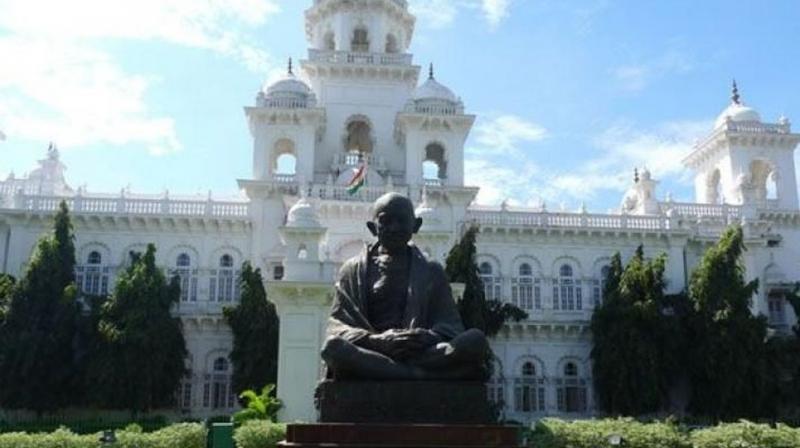 Hyderabad: Monsoon session of the Assembly scheduled to commence from Sept 7 will discuss on the measures taken by the state government to contain Covid-19 pandemic, the treatment being provided to the Covid positive patients and the fire mishap at Srisailam Left Bank Power House.

Chief Minister K. Chandrashekar Rao on Thursday held a meeting at Pragathi Bhavan here to discuss with Ministers and Whips about the strategy to be adopted in the Legislative Sessions commencing from Sept 7.

During the meeting KCR asked the Legislative Affairs Minister V Prashanth Reddy to place the issues relating to expansion of medical services in the state, crop loss due to heavy rains, New Revenue Act, regulate forming introduced by the state government and the state government initiative for organising the PV Narasimha Rao Centenary Celebrations apart from Covid pandemic before the Business Advisory Committee (BAC), so that the members could discuss in the House.

KCR also asked the Ministers to ensure that the issue of alleged illegal  construction of Rayalaseema Lift Irrigation Scheme by the AP government and also issues related to other irrigation matters to be placed before the House during the Session. KCR stressed the need of discussion in the House on the issue of injustices being meted out to Telangana while implementing the GST and the financial and economic losses caused to the state due to the
financial policies of the Central government.

During the meeting it was decided that the House should discuss the Centre’s lukewarm response to the resolutions made by the state on the reservations to the SC, STs and Muslims.

He said that the government is ready to discuss and debate threadbare all the issues pertaining to people in the forthcoming Legislative sessions and all the issues proposed by the political parties. He said that if required the working days of the Sessions would be extended for having a healthy discussion on all the issues raised by the Opposition parties in the House as there was no other platform other than the Legislature to discuss matters on people’s issues and
take appropriate decisions.

While instructing the Ministers to get them prepared to place all the facts in the House, he said “we have to utilise this platform and opportunity. The Telangana Legislature should be held as an ideal one for others in the country to look up for inspiration. The members should analyse how the programmes and Acts implemented by the government are performing at the field level.”

Finally, the Biden transition can begin