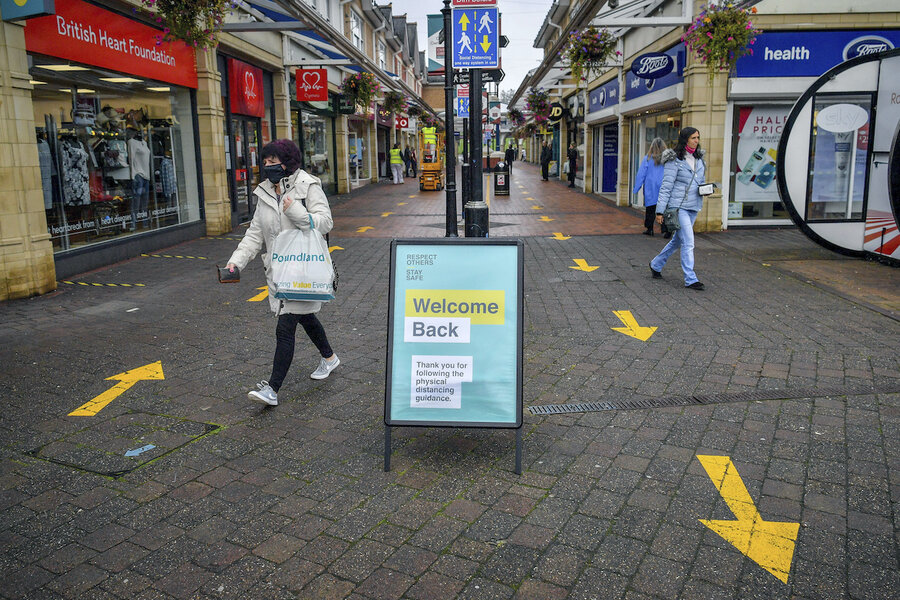 The British government has sought to tighten its grip on the coronavirus in England, banning gatherings of more than six people and launching a new public information campaign.

The new limits on social gatherings in England are set to stay in place for the “foreseeable future,” potentially until or even through Christmas, British Health Secretary Matt Hancock said Wednesday.

Mr. Hancock said the new limit, which covers both indoor and outdoor gatherings and will come into force on Monday, Sept. 14, 2020, will provide “more clarity” to people and is aimed at damping down a recent sharp spike in new coronavirus cases.

One reason cited for the pick-up in cases is that many people have been confused over the past few months since the lockdown started to be eased over the myriad of guidelines on gatherings. Scientists say a clear message is crucial in containing pandemics.

Though there are exemptions, such as for schools, workplaces, and “life events” like funerals and weddings, the government is hoping the new limits will be easily understood and followed, especially as those flouting the rules could be fined – 100 pounds ($130) for a first offense, up to a potential 3,200 pounds.

The ban on gatherings of more than six people was announced late Tuesday, following the spike that has been largely blamed on party-going young adults disregarding social distancing rules.

The other nations of the U.K. – Scotland, Wales, and Northern Ireland – have not followed suit though they also have their own different limitations on gatherings.

Stephen Griffin, associate professor in the school of medicine at the University of Leeds said the new limits are “welcome and timely” but that “it would be wise for all the nations to co-ordinate in their response, and to learn from each other where various approaches have been successful.”

The British government, which has sole responsibility for health matters in England, said the new limit was needed after the number of daily laboratory-confirmed positive cases hit nearly 3,000 on Sunday. The figure dipped Tuesday to 2,460.

Mr. Hancock said he hoped that the new rules, coupled with local actions being taken in a number of towns and regions, will “turn this around” before Christmas.

“Our first line of defense is social distancing so this will be in place for the foreseeable future,” he said.

Mr. Hancock said the new limitations on gatherings will be complemented by tighter rules for the hospitality sector. He said pubs and restaurants will be legally obliged to take the contact details of every customer for purposes of the government’s test and trace program.

More details are set to be announced later Wednesday when Prime Minister Boris Johnson hosts a press briefing after taking weekly questions in the House of Commons.

Mr. Johnson’s Conservative government has faced strong criticism for its mixed messages since it started easing the coronavirus lockdown in late spring. It spent much of the summer encouraging people to eat out to help the hard-pressed hospitality sector and is now urging workers to return to their offices to help hard-hit businesses in city centers.

In a further attempt to provide clarity, the government launched a new public information campaign to prevent the spread of the coronavirus, particularly in indoor environments during winter. The “Hands. Face. Space” campaign is intended to hammer home the message to the public to carry on with hygiene and social distancing measures in the months ahead.

“Following these simple steps could make a significant difference in reducing the transmission of COVID-19 and help protect you and your friends, colleagues, and family from the virus,” said Chris Whitty, the government’s chief medical officer.

The U.K. has Europe’s worst death toll from the virus, with nearly 41,600 deaths within 28 days of testing positive. The actual toll is believed to be far higher as the government tally does not include those who died without having been tested.