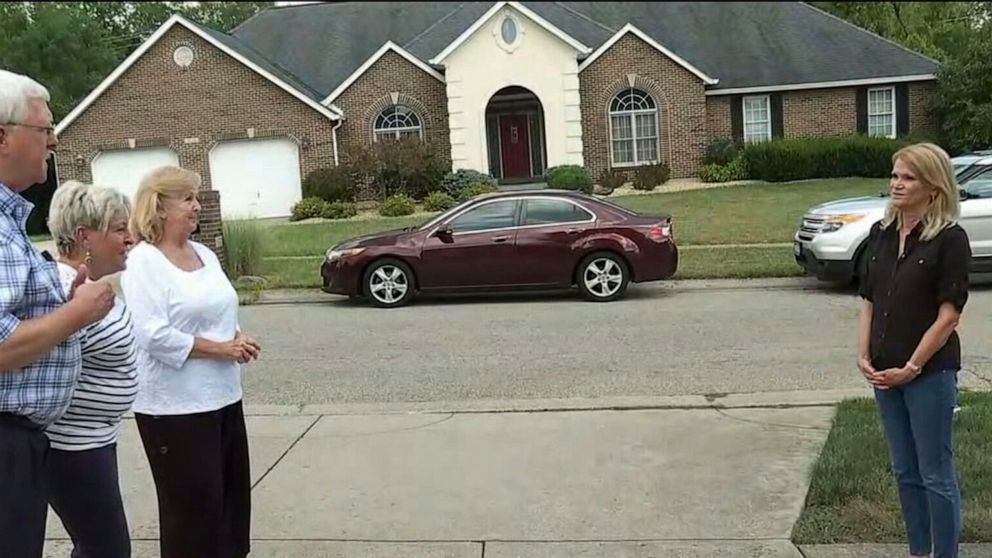 The 2020 election is entering the home stretch with just eight weeks until Election Day, and voters in some states already casting their ballots as the country grapples with COVID-19, protests over racial injustice, a weakened economy and deep partisan divides.

The Labor Day holiday traditionally marks the final, intense push for the candidates to make their case to voters — a case that has become increasingly critical as the coronavirus pandemic continues to impact the country and limits the traditional breakneck schedule of in-person campaign stops in battleground states.

Recent national polling shows former Vice President Joe Biden leading President Donald Trump, who has struggled in the midst of the pandemic and increasing tensions over racial inequality, but it’s the voters in key battleground states who will decide the contentious election, including Lynn Kinkaid, a lifelong resident of Hamilton, Ohio, who is sticking with Trump.

“I think he almost walks on water,” Kinkaid told ABC’s “This Week” Co-Anchor Martha Raddatz, who spoke with voters during a 2,200-mile road trip across the country.

“There’s things that I don’t agree with … but I believe he loves his country. And when they talk about him being racist — that’s absurd. President Trump has done more for the minorities in this country and world than any president we’ve ever had,” he said.

The president has pushed a “law and order” message in recent weeks, warning against a violent America under a President Biden, due to skirmishes that have accompanied protests in the wake of George Floyd’s death, and the recent police shooting of Jacob Blake in Kenosha, Wisconsin. But in the suburbs of Cincinnati, Elisia Triggs said that message isn’t resonating with her.

“The things that he says and tweets do not represent me, and while I live in the suburbs, it doesn’t reflect my views at all,” Triggs said of Trump’s tweet suggesting that “suburban housewives” would be supporting him because he would keep low-income housing from “invading” their neighborhoods.

Looming large over the 2020 race — like most aspects of everyday life now — is the coronavirus, which has claimed the lives of more than 180,000 Americans since March, and has hamstrung the economy as businesses have had to adapt to the new normal.

Benjamin Brown, a bar and restaurant owner outside of St. Louis who is a supporter of Trump, said that the pandemic has led to layoffs of some of his staff, but doesn’t fault the businessman president.

While Brown believes that local officials own most of the blame for struggles brought on by COVID-19, deeper into Missouri, rancher Michael Billings said that it’s Trump’s lack of action to contain the virus, at least in part, that’s causing him to shut down part of his business raising buffalo and selling the food product after its been processed.

“There’s a direct correlation in my mind how the handling of the virus has shut down that processing capacity even further to the point where I can’t even get a processing date. This week I called up the guy who does that and he said maybe next year,” Billings said.

As a Biden supporter, Billings knows that deep partisan divides in the country make his political opinions unpopular with his neighbors — and speaking out brings risks.

“I wouldn’t be surprised if I put up a sign and then my fence is cut (and) my buffalo are out … or I find antifreeze in my water supply,” Billings said. “We’ve been exposed to that level of hatred.”

Still, some are struggling on who to support in November, like Kansas farmer Robert Hazelton and his nephew, Ryan Johnson, who aren’t sold on Trump, but question taking a risk on an unknown Biden presidency.

Johnson, who voted third party in 2016, said a vote for Biden wasn’t out of the question, but was unenthusiastic about his options.

“I’ve never voted for a Democrat at the top of the ticket. I haven’t ruled it out this time. But neither side has me convinced that I am voting for something that I like right now,” Johnson said.

While national and battleground state polling shows the presidential race may be Biden’s to lose with 58 days to go, for many, it’s voting against Trump rather than enthusiasm for the former vice president that is powering his support.

Salvador Hernandez, the Colorado State Director of Mi Familia Vota — an organization that helps educate and register Latinos to vote — said that while the last four years under Trump have left the Latino community vulnerable, Biden’s message has not broken through.

“I currently don’t know what his platform is going to be other than, you know, I’m better than Donald Trump.”