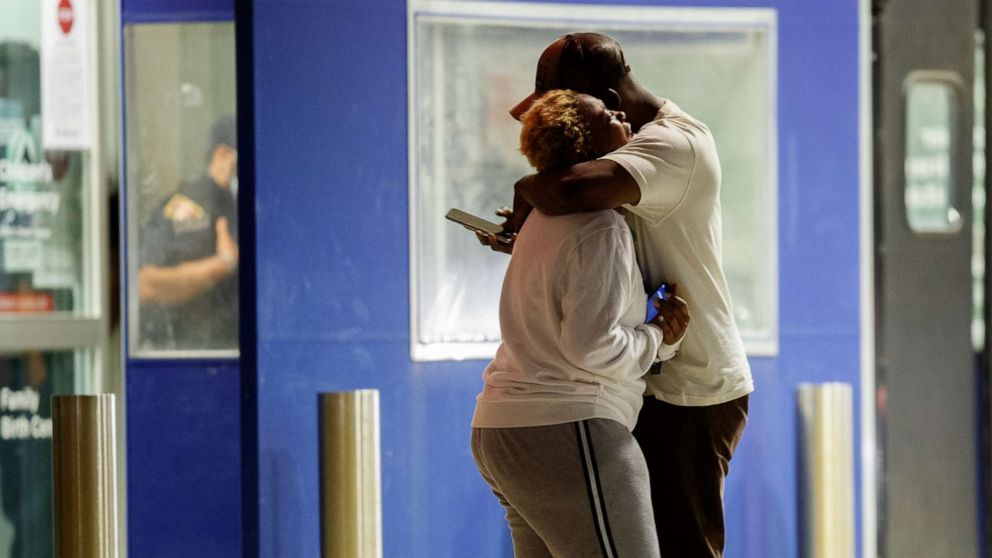 A hunt for a suspect who opened fire on a car killing an 8-year-old girl was underway Tuesday in Chicago, where authorities said the child was one of 51 people shot in the city over Labor Day weekend.

Chicago Police Superintendent David Brown identified Dajore Wilson as the young girl who was “senselessly shot and killed” while riding in an SUV with three adults on Monday night.

“Getting notified about another child being the victim of gun violence is one of the most painful experiences, not only as a law enforcement professional but also as a parent,” Brown said during a news conference on Tuesday. “We are once again asking for the community’s help and partnership to bring this killer to justice”

Brown said Dajore was among 10 people killed by gun violence in Chicago during the holiday weekend.

Dajore, who is survived by a twin brother, would have started her first day of third grade on Tuesday, sources told the Chicago Tribune.

Two adults in the car with Dajore suffered bullet wounds in the shooting and a third was injured, possibly by flying glass, police said. The Tribune, citing unnamed sources, reported that two of the adults injured in the shooting were Dajore’s parents.

Dajore and three adults were sitting in a Subaru SUV at the stoplight in the Canaryville neighborhood on Chicago’s South Side when a gunman in a car intentionally pulled up behind them and opened fire, police said.

Investigators believe the gunman was targeting one of the adults, police said.

McDermott said the targeted SUV continued northbound and crashed into a tree. The gunman’s car made a U-turn and fled the scene.

Police released surveillance images of a black Dodge Charger they suspect the gunman was driving.

The man and woman who suffered gunshot wounds were in serious condition, police said.

“I stand here before you saddened and angered that another child has lost their life to senseless gun violence in the city of Chicago,” McDermott said.

Superintendent Brown said the deadly incident comes even as police are making progress in removing guns from the streets of Chicago, where the homicide rate has spiked 50% in the first nine months of this year compared to the same time period in 2019, according to authorities.

The superintendent said police officers have taken 7,303 guns off the streets of Chicago so far this year. He said 201 guns were seized and 146 gun arrests were made over Labor Day weekend.

But Brown said that the clearance rate for homicide investigations in Chicago this year is just 41%.

“We need to get the clearance rate for homicide over 70%,” he said. “We cannot do that without the community’s help.”

NYPD officers charge at group of protesters and diners, arresting people on sidewalk