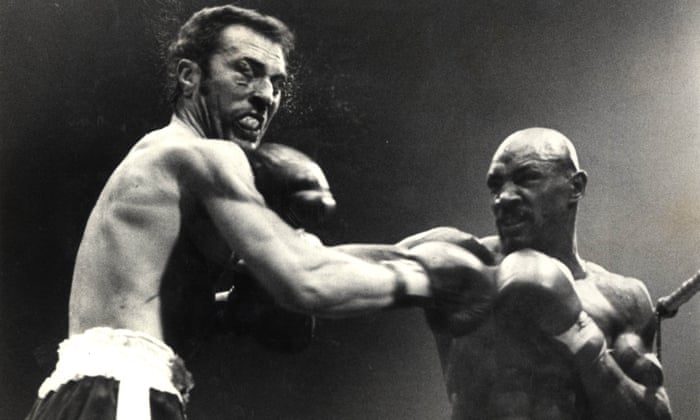 Some of the ugliest scenes ever witnessed at a boxing event in the UK were on the night that the former undisputed world middleweight champion Alan Minter lost his title to the American Marvin Hagler at Wembley Arena in September 1980. Rioting fans pelted the ring with beer bottles, glasses and other missiles after Minter, who has died of cancer aged 69, was halted within three rounds.

Reporters and commentators were forced to shelter under the ring as security men battled to get the fighters safely from the auditorium. Hagler had blankets and towels carried over him as a shield from the mob while Minter, blood streaming down his face, would later need stitches and plastic surgery to repair the damage inflicted on him during a brutal beating.

Hagler had been enraged before the fight when Minter said at a press conference: “I don’t want to lose my title to a black man.” For his part, Minter said his words were triggered by Hagler’s refusal to shake his hand when the two men were introduced to the crowd at an earlier fight in Las Vegas. Promoters hyped up the animosity, selling the contest through a blatantly nationalist agenda.

In some quarters, Minter was branded a racist. And he did nothing to defuse what was a poisonous atmosphere in the buildup to the fight or on the night itself, walking to the ring behind giant flags with his cornermen and an entourage bedecked in union flag regalia. His fans, many of whom had drunk vast quantities in the manner of their hard-partying hero, were ready for a British bulldog celebration and reacted shamefully when Minter’s world was slashed apart by Hagler’s fists in less than eight minutes of boxing.

Despite talk of a rematch, perhaps not surprisingly Hagler and his backers did not want to know; and Minter retired the following year, aged only 30, after suffering a bad three-round stoppage defeat at Wembley in a European title challenge against Leicester’s Tony Sibson and another loss, in Las Vegas, against the highly rated New York-based Syrian Mustafa Hamsho. 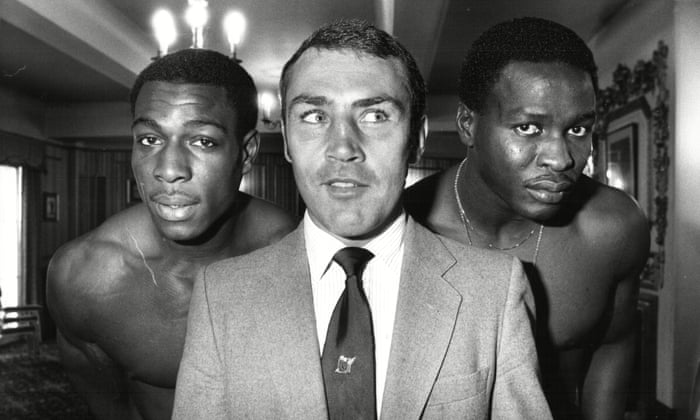 Born in Bromley, Kent, Minter moved to Crawley, West Sussex, with his father, Sid, a plasterer, and German-born mother, Anne, when he was two years old. Of his subsequent schooling he said: “I didn’t like it at all. I couldn’t get out quick enough. I was always a bit of a practical joker, getting in trouble. I think I must have had the school record for getting caned.”

He began boxing as an 11-year-old after being introduced to the sport at school: “The PT master brought in a pair of boxing gloves. I’d never had a pair of gloves on in my life. I didn’t hurt anyone, but it just appealed to me. It felt good.” Joining a local club, he lost his first three fights: “And then I won. There’s nothing better than having your arm raised, and I really thought I’d achieved something. It was lovely, especially when you were no good at school.”

He left school at 14 and trained as a plasterer while improving rapidly as a boxer. He was coached by Doug Bidwell, who would later become his manager as a professional and also his father-in-law after Minter married Bidwell’s daughter Lorraine. Minter was a southpaw with a decent punch who won 25 of his 30 England amateur international appearances, was four times southern area champion, 1971 ABA champion and picked to box in the 1972 Munich Olympics, where he controversially lost his semi-final – warned for slapping in the last round when he also floored his German opponent – leaving him with a bronze medal.

“I was choked. I was stitched up by the judges at the Olympics,” Minter claimed. After the Games he decided to turn professional, making his debut at the Royal Albert Hall in London later that year, scoring a sixth-round stoppage win against Maurice Thomas. 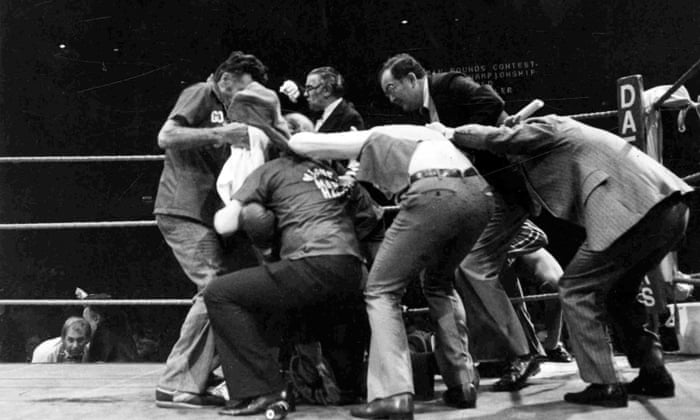 After winning his first 11 fights, Minter lost three of his next five contests as a result of cuts. He took specialist advice, even trying a hypnotist to cure the problem, and visited a Harley Street consultant. “He looked at me, and could find nothing wrong with my face or the bones. He said the reason you’re getting cut is because you’re getting hit. That advice cost me 500 quid! But I suppose I was fighting like a lunatic. It became a bit of a phobia. You train for months and months and the fight’s stopped on a cut. It’s heartbreaking.”

In 1975, by then trained by the former British featherweight champion Bobby Neill, Minter became British middleweight champion by defeating Kevin Finnegan over 15 closely fought rounds. Twice more the two would meet in British title fights, with Minter winning both. Minter always said Finnegan was his toughest opponent of all.

Three years later, Minter became European champion when he knocked out the Italian Angelo Jacopucci in Bellaria, Italy. Jacopucci died the following day from head injuries sustained in the contest and it was only after receiving counselling from Bidwell that the distraught Minter could come to terms with what had happened. He decided to continue his career.

Minter’s world title chance eventually came, through the lobbying of the matchmaker and promoter Mickey Duff, in Las Vegas in March 1980 at Caesars Palace, where Minter scored a split-decision win over 15 rounds against the Italian-born New Yorker Vito Antuofermo. Tens of thousands of fans jammed the streets of Crawley for Minter’s homecoming, when he said: “When I won the British title, I could walk down the street and hold my head up high. Then the European title and then the world title. That was unbelievable.”

A rematch with Antuofermo, in June 1980 at Wembley Arena, saw Minter win more emphatically than in their first meeting as he forced an eighth-round stoppage. Then came the acrimonious Hagler defeat and two further losses before he quit.

In retirement Minter owned a restaurant in Crawley, commentated on boxing with the BBC and worked on the after-dinner circuit. But heavy drinking took a toll on his health and his personal life. He separated from Lorraine and their two children, Kerry and Ross, and the couple later divorced. Lurid stories of drunken brawls at various events followed him, and the one-time glamour boy of British boxing found it increasingly hard to get work. For several years, while his son, Ross, was pursuing his own boxing career, Minter tried to stop drinking, but lapsed into his old ways after his son stopped fighting.

In later years he lived in Littlehampton, West Sussex, with his longtime partner, Debbie, who died in 2014. He is survived by his children.