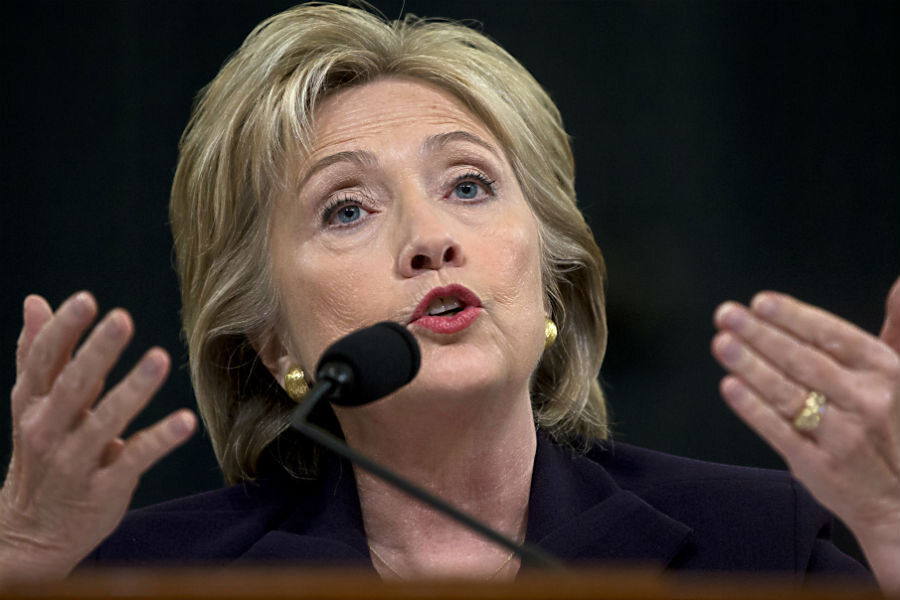 The confusion over the attacks on a diplomatic outpost and CIA annex in Benghazi, Libya, seems no closer to dissipating, as Democrats and Republicans appear to be releasing competing and contradictory reports.

The assault, which took place on Sept. 11, 2012, and claimed the lives of four Americans, including US Ambassador Chris Stevens, has been the subject of a two-year investigation, staffed by members of the House from both sides of the aisle.

Its primary objective has been to investigate the actions of senior US military and civilian officials, not least then-Secretary of State Hillary Clinton, to see whether they could have done more to prevent the loss of life. The panel’s five Democrats released their  report, Monday, in advance of the majority Republicans’ findings, released Tuesday morning.

In the Democratic report, the US military and the former secretary of State are absolved of any wrongdoing, the authors insisting that the US military could not have done anything differently on the night of the attacks to save the lives of the four Americans who perished.

The report says that the State Department’s security measures  were “woefully inadequate,” but that Mrs. Clinton never personally turned down a request for additional security.

In the Republican report, the House panel’s chairman, Rep. Trey Gowdy of South Carolina, said that the report documents that the US was slow to send help to the Americans in Benghazi “because of an obsession with hurting the Libyans’ feelings.”

On Monday, a copy of a Republican-authored report, obtained by The Topeka Capital-Journal, accuses the Obama administration of “misleading the public over the incident and failing to protect U.S. personnel.”

In that report, which labels Benghazi as the “wild east,” Republican Representatives Mike Pompeo of Kansas and Jim Jordan of Ohio castigate Clinton for her role in the incident.

Another section of the report focused on whether street protests precipitated the attacks says a number of eyewitnesses remained in almost constant contact with officials in Washington during the attack. The report says none of the eyewitnesses mentioned a protest.

A redacted portion of the report says that a witness to the attack updated officials in Washington every 15 to 30 minutes throughout the night.

With the presidential election just 56 days away, rather than tell the American people the truth and increase the risk of losing an election, the administration told one story privately and a different story publicly,” the report reads.

In addition, the White House and the investigating panel are at loggerheads as to whether President Obama should have to answer questions already submitted by the panel for the president’s consideration.

“If the president were to answer your questions,” reads a letter by Neil Eggleston, counsel to the president, obtained by Politico, “his response would suggest that Congress has the unilateral power to demand answers from the president about his official acts.”

The fact that the Democrats have released their own report, while sitting on the same panel as Republicans, serves to heighten the partisanship of the inquiry, yet they said they were left with no choice, accusing Republicans of leading “one of the longest and most partisan congressional investigations in history.”

The dueling Benghazi reports could have political repercussions for presumptive Democratic presidential nominee Clinton, and the Benghazi investigation has already uncovered her use of a private email server to conduct government business, now the subject of an FBI investigation.

The Democrats’ report states that the cause of the attacks “remains unclear to this day,” quoting testimony by David Petraeus, in which the former CIA director says, “To be candid with you, I am not sure that the amount of scrutiny spent on this has been in the least bit worth it.”

Material from the Associated Press was used in this report.