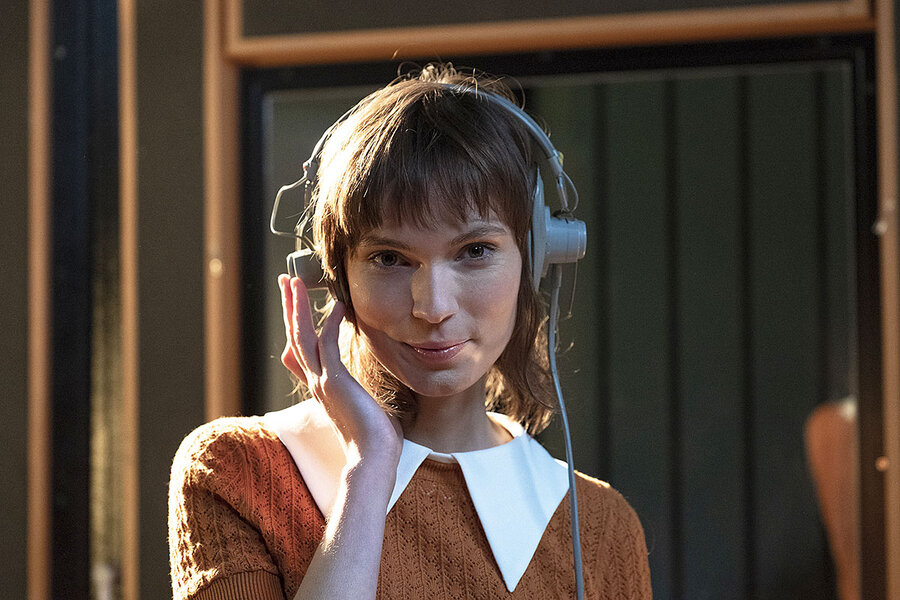 Despite its inherent perils and pitfalls, the musical biopic genre is one that moviemakers have returned to again and again. We want to vicariously immerse ourselves in the vicissitudes of celebrity, even if this means settling for a copy instead of the real thing.

The new Helen Reddy biopic “I Am Woman,” directed by Unjoo Moon and starring Tilda Cobham-Hervey, is the latest in a long line of movies about singer-performers. Most recently there was Renée Zellweger as Judy Garland in “Judy,” Rami Malek as Freddie Mercury in “Bohemian Rhapsody” (both Oscar-winning turns), and Taron Egerton as Elton John in “Rocketman.” Most of these obey the genre’s traditional dramatic arc: difficult childhoods followed by a jagged rise to stardom freighted with rampant egomania, breakups, drugs, and, ultimately, redemption. These luminaries may suffer for their art, but they are also at their most alive before an audience.

In creating a first-rate musical biopic, the biggest impediment is finding an actor with the dynamism of the original performer. In the case of “I Am Woman,” arriving Sept. 11 in theaters and on demand, it helps that Reddy is not nearly as recognizable as say, Garland or John. Long-retired, she was a major singing star in the 1970s with a string of hits including the movie’s eponymous anthem. The film is fashioned as a kind of reclamation project for a near-forgotten icon: It wants to honor Reddy’s place as a feminist pathfinder.

“I Am Woman” (unrated) all too conveniently hauls out the usual biopic tropes but, as is true of so many other films in this genre, including much better ones, it’s worth experiencing for its star performance. Cobham-Hervey, who, like Reddy, is Australian, is a quicksilver actor who doesn’t overplay the role’s iconic trappings. We always feel like we’re watching a person, not an archetype. Although in most cases she is lip-syncing Reddy’s recordings, she puts so much emotion into the feigned renditions that they never come across as mere mimicry.

Many of the musical biopics that have stayed with me have been the ones that showcase an incendiary lead performance. Displaying an actor worthy enough to capture the spotlight helps compensate for the genre’s all too frequent cliches and fabrications.

Chadwick Boseman was able to convincingly play such heroes as Jackie Robinson, Thurgood Marshall, and, yes, King T’Challa, because he himself possessed a dignity that could not be faked. This is the rarest of qualities in an actor. As James Brown in “Get on Up” (2014) – where he does all his own dancing as he expertly lip-syncs Brown’s recordings – Boseman does a deep dive into Brown’s strutting persona without ever once losing sight of the hurt, and hurtful, human being behind it. It’s a powerhouse portrayal. (PG-13)

Jessica Lange’s performance as the great country singer Patsy Cline in “Sweet Dreams” (1985) is one of her best and least recognized. In films ranging from “Tootsie” to “Frances,” she had already demonstrated her versatility, so the intensity she brought to this role came as no surprise. When Lange is up on stage singing “Sweet Dreams” or “Crazy,” her passion merges completely with the heartbreak of the lyrics as sung by Cline. Scenes like these express the tribute of one great artist for another. (PG-13)

Marion Cotillard won an Oscar for best actress for her performance as the legendary French singer Édith Piaf in “La Vie En Rose” (2007) – the first and only time the award has gone to a female actor in a French language role. This chronology-hopping compendium, which takes in Piaf’s life from girlhood to her death in 1963, checks all the biopic boxes: Piaf was abandoned by her parents, raised in a brothel, lost the love of her life in a plane crash, endured drug addiction. With all this, you might expect Cotillard’s performance to be heavy on the melodrama, but what we get instead is high drama. Piaf’s monumental vulnerabilities, her lifelong yearning for love, come through with such force that, by the end, she emerges as not so much tragic as heroic. When Cotillard, lip-syncing Piaf, belts out her trademark song, “Non, je ne regrette rien” – “I regret nothing!” – you believe it in your bones. (PG-13)