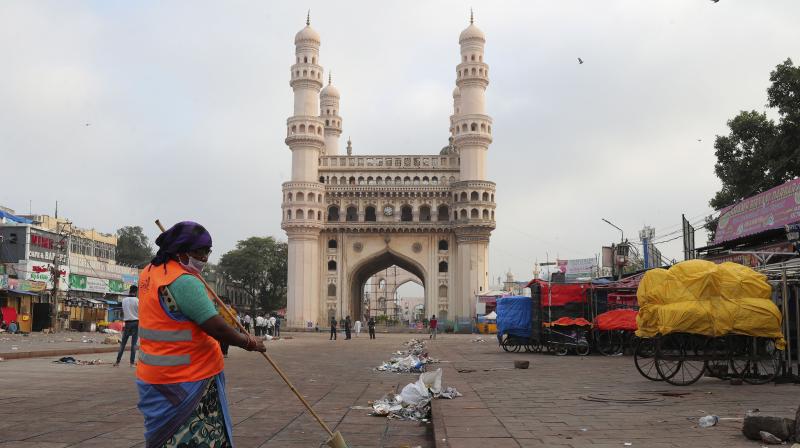 Hyderabad: Chief minister K Chandrashekar Rao (KCR) has predicted that the Telangana Rashtra Samiti (TRS) would win no less than 100 seats (divisions) in the Greater Hyderabad Municipal Corporation (GHMC) elections which are likely to be held in January 2021.

Addressing the Telangana Legislature Party meeting on Monday evening, KCR said he had conducted four surveys in the GHMC area and all of them revealed indicated that the TRS would win 94-100 out of the 150 divisions in the GHMC.

The BJP would gain no more than one or two seats in addition to the existing seats.

Sources in the TRS said KCR brushed aside speculation that he would switch his attention to national politics. He felt that this was not a proper time to look at national politics, but when such a time came, he would discuss the matter with senior party leaders.

Stating that the New Revenue Act was an unprecedented in the country, Chandrashekar Rao said the new law would attract the attention of the entire country once again.

Sources said KCR told members of the Telangana Legislature Party that the TRS would win a one lakh majority in the byelection to the Dubbaka Assembly segment whenever it is held. The segment fell vacant with the sudden demise of sitting TRS MLA Solipeta Ramalinga Reddy.

Sources revealed that KCR asked TRS MLAs not to believe the propaganda being carried out on social media by certain vested interests on the Dubbaka byelection.

KCR said that the Congress and BJP will be confined to slogans and they will not show any impact in the Dubbaka bypoll, sources added.

Trump knew it all along

Who has the most to lose from political violence?