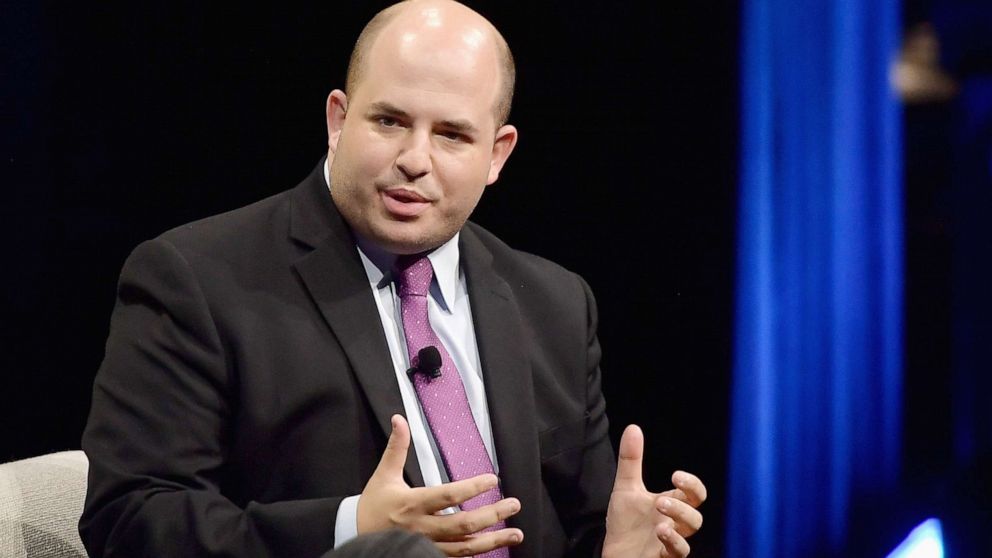 Trump’s behavior and relationship with the news isn’t much different than when he was running for president, Stelter said.

“It’s a version of working the refs that we saw in 2015 and 2016… where he complains about Fox’s coverage, but it’s more disturbing now because he is the president and he’s using his presidential platform in order to bully news outlets,” he said.

Stelter’s book is an account of the president’s relationship with the media, mainly with Fox News, and how it has played into his time in the White House.

Karl asked what the network could look like if the opinion anchors and reporters behind the shows ever reach a crossroads in the future.

“Well I think I’m of the view that Fox has a monopoly position… I think Fox has tremendous power from that point of view, but there’s also the sense of fearing their audience,” Stelter said. “I had a longtime commentator there say to me, ‘The audience has been radicalized,’ and a veteran staffer say, ‘I feel like Fox has been held hostage by its audience.’ And that is exactly the wrong attitude, the wrong approach to have. You shouldn’t fear your audience, you should serve your audience, serve them the truth.”

Trump’s relationship with other news networks is a more difficult one: he often accuses CNN of reporting “fake news,” while nicknaming MSNBC “MSDNC,” and accusing the network of extreme partisan bias.

“I wonder if you could talk a little bit about the president’s relationship with cable news,” Klein asked. “How is the president consuming news and how does that play into his interactions later with the press on the other side?”

Stelter said it is just as much about what the president sees on his Twitter feed as what he watches on television.

“I think he’s reacting more to what he hears on Fox, sees on Fox, that then drives his Twitter feed, drives his day. It sometimes drives the rest of us in the media to react to what he has heard on the news and the country suffers as a result, because we end up getting distracted,” Stelter said.

Stelter said the rise of anti-media rhetoric as well as Fox News could come from a weakness in news coverage.

“I think when you’re told that every day that the news could be a hoax… That has a real damaging effect that we can’t even measure yet,” he said.

Klein raised speculation that Fox anchor Tucker Carlson could have interest in launching a career in politics of his own.

“If I was writing this book now, and I was finishing it now, instead of three months ago, I would have included a lot more about Tucker. He has taken off in recent months,” Stelter said. “I also think Tucker is thinking beyond 2020 in a way that maybe nobody else at Fox is. When I watch Tucker’s show, I hear — you’re going to think I’m crazy — I hear 2024 campaign monologues. That’s what I sometimes hear him doing, thinking about what is the post-Trump GOP.”

Ahead of Rajya Sabha deputy chairman poll, BJP issues whip to its MPs