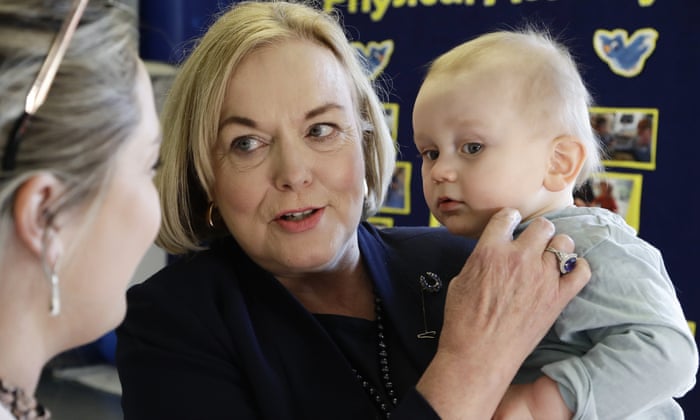 Parents will be only too familiar with this scenario. It’s family holiday time. The car is packed with everything but the kitchen sink. Each child is strapped in with their own screen and headphones. You slip the car into gear and drive off. Finally you can let out a sigh of relief; the holiday has begun! Then a small voice from the back says: “I need to go the toilet.” You divert to the nearest petrol station, and sit back and wait for the journey to restart.

That, folks, is the New Zealand general election campaign of 2020.

This week, moving up a gear after a month-long convenience stop, the prime minister, Jacinda Ardern, posted an Instagram picture from her campaign van of two pieces of peanut butter toast and a keep cup, with the words “Breakfast courtesy of mum =) It takes a village!”

This is what it’s come down to. Not quite the heady campaign images of three months ago, during a time of leadership coups, sudden resignations and opinion poll plunges. In July, the 2020 election campaign was already a campaign like no other.

But that was back in the days when New Zealand had been lulled into a false sense of security about how protected we were from Covid-19. For the 102 days we had eliminated community transmission, election campaigning was much like the old “normal”.

The moment Covid-19 returned, everything changed. After intense lobbying by opposition parties who claimed they couldn’t campaign in such straitened circumstances, Ardern announced on 17 August her decision to delay the general election by four weeks, to 17 October. That announcement effectively hit pause on the election campaign.

There was a glimmer of drama a fortnight ago when Green party co-leader James Shaw approved Covid-relief funding for the private Green school for rich kids. The usual calls for his resignation were heard from opposition party leaders waking up in the back seat from their self-induced torpor. 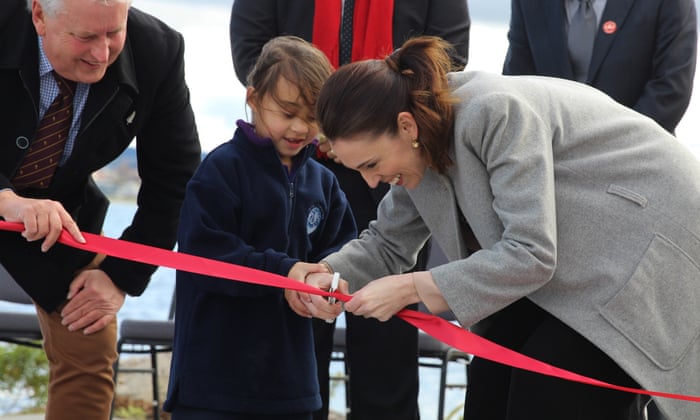 Then on 2 September, with Auckland having moved down to alert level 2.5, New Zealand First leader Winston Peters jumped aboard his “Back Your Future” bus to relaunch his campaign in Upper Hutt followed by the South Island, both areas he incidentally could still have visited under level 2 conditions.

The South Island is a much safer place, having seen no community transmission for over four months. But it’s still an uncomfortable sight watching Peters ignoring social distancing and shaking hands with strangers in the streets. Isn’t the deputy prime minister meant to be a role model?

Once upon a time, these images might have generated complainants. Not even Peters’ shaky interview on Q+A last Sunday, in which he couldn’t answer most of the questions and mistakenly and repeatedly called interviewer Jack Tame “James”, drew much public feedback. It feels like no one can be bothered with this election any more, or who becomes the next government.

None of this is helped by the lack of daylight between major parties’ policy offerings. Both are campaigning on jobs and infrastructure, and every day the party leaders visit yet another factory to show their party’s support for small business. The only way one day can be distinguished from the next is in the change of high-vis vest colours worn by Ardern and Judith Collins on their factory visits.

Finally, Labour’s finance spokesman Grant Robertson announced a plan for debt reduction that would require the top 2% wage and salary earners to “pitch in” with a higher tax rate of 39c on income earned over $180,000. In previous elections, tax policy has been one of the areas of greatest divide between left and right. But at a time when the amounts borrowed by the government to support the economy through the pandemic are so astronomical, the debt to be paid back over generations so unfathomable, irrespective of which party leads the next government, few have become worked up about this policy.

The only numbers that seem to really matter to New Zealanders these days are the ones that tell us how many cases there are in the community, the ones that are the difference between life and death. The numbers may be small, but the reverberations are still huge for hospitality businesses, for artists and entertainers, for sports players and fans. It’s these things that form our culture, our spirit, our entertainment and fun. Without access to these, we feel trapped, unable to go anywhere. There’s even a palpable reluctance to plan family holidays, just in case levels change and our plans have to be cancelled, again.

Thank goodness for the referendums. If it wasn’t for the importance of every vote in determining the consequences of the end of life choice and cannabis legislation referendums, there would be very little point for anyone to go to the polls in 2020.

Claire Robinson is professor of communication design at Massey University.