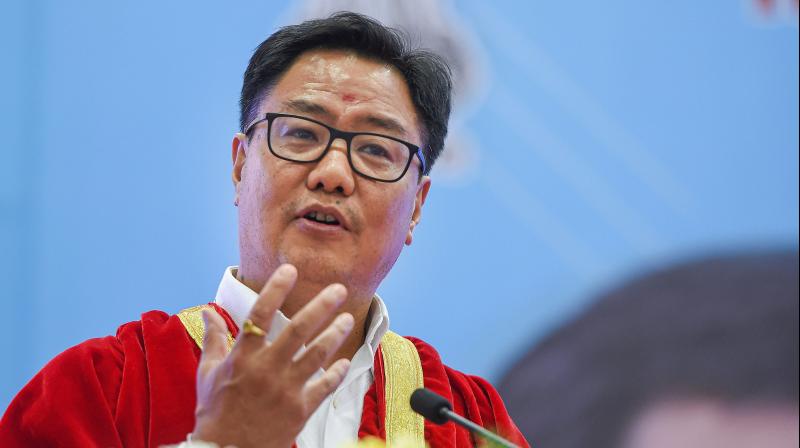 New Delhi: Sports Minister Kiren Rijiju on Wednesday feels finishing among top 10 countries in the medals tally of 2028 Olympics is definitely "ambitious but not impossible" and the government has already initiated efforts to realise the goal.

"We have set ourselves a goal of having India in the top 10 countries in the 2028 Olympics medals tally. It is an ambitious goal, but not impossible," said the Sports Minister while addressing an online knowledge enhancement session of table tennis coaches.

"We have already started scouting for young talent and after the Covid-19 pandemic is over, the government will form specialised squads consisting of present and veteran coaches and athletes for each sports discipline.

"These teams will travel to every district of the country to scout for raw talent. We still have 8 years to prepare for 2028 and I am confident with the correct policies, India can feature in the list of top 10 countries," he insisted.

Massimo, who has been India's national coach in two phases, is credited for the country's big medal hauls in the 2018 Commonwealth Games and Asian Games.