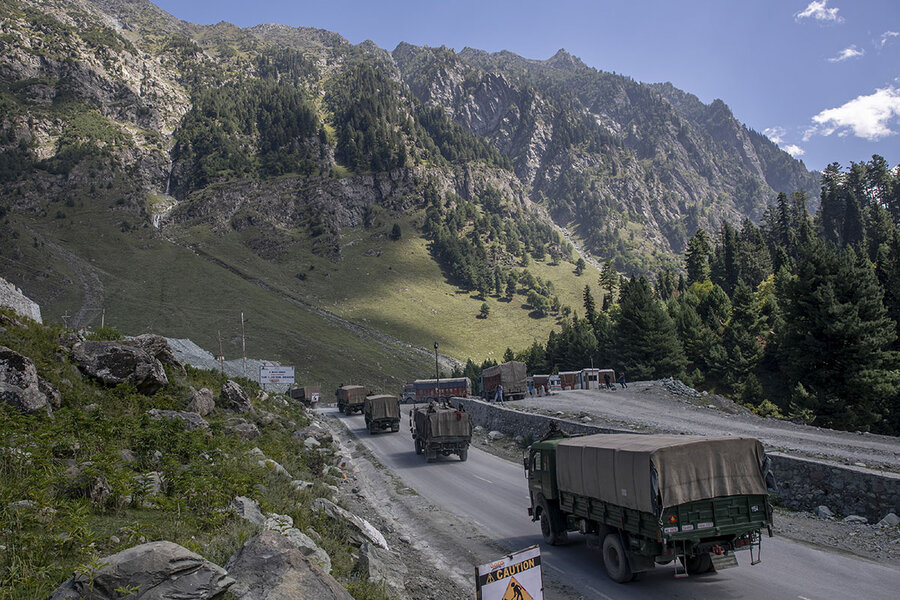 The agreement is a significant step to prevent the conflict from spiraling out of control, but it does not guarantee de-escalation, Asia experts say, noting that earlier plans by both sides to disengage have been followed by clashes. “There is an absolute dearth of trust on both sides, especially on the Indian side,” says Arzan Tarapore, a South Asia research scholar at Stanford University’s Asia-Pacific Research Center. Doubts over compliance, coupled with the current militarization of the border – with an estimated 40,000 to 50,000 troops positioned there by each country – mean China and India are unlikely to return to the status quo. The border will “look different in 2021 than it did prior to this crisis,” he says.

From India’s perspective, China has raised the stakes by ordering its military to occupy Indian territory – essentially a quick land grab – instead of making a temporary incursion as in the past, says Dr. Tarapore, who is also a senior nonresident fellow at the National Bureau of Asian Research. To prevent such tactics, India dispatched special forces soldiers to occupy some strategic high ground on India’s side, complicating future moves by China, he says. For its part, China denies its military crossed into Indian territory.

What are the longer-term implications?

China may be asserting itself along the border with India for the same reason it has taken more aggressive stances recently toward Hong Kong, Taiwan, and the South China Sea – to show that, despite internal challenges from COVID-19 and an economic slowdown, it remains strong. “It’s a warning to the Indian side,” says Oriana Skylar Mastro, an expert on China’s military at the Freeman Spogli Institute for International Studies at Stanford University. India has also moved in recent years to strengthen territorial controls on its periphery, experts say.

Rising nationalism plays an important role for both China and India – a factor that makes the conflict over the desolate Himalayan territory so vital for each side, and so difficult to resolve. “The countries desperately prize their sovereignty … so even losing a sliver of unimportant land carries a lot of political weight,” says Dr. Tarapore. “There is a political significance to this high, barren land that isn’t amenable to economic or strategic analysis. It’s about national pride and national sovereignty. It’s about what it means to be China and what it means to be India.”