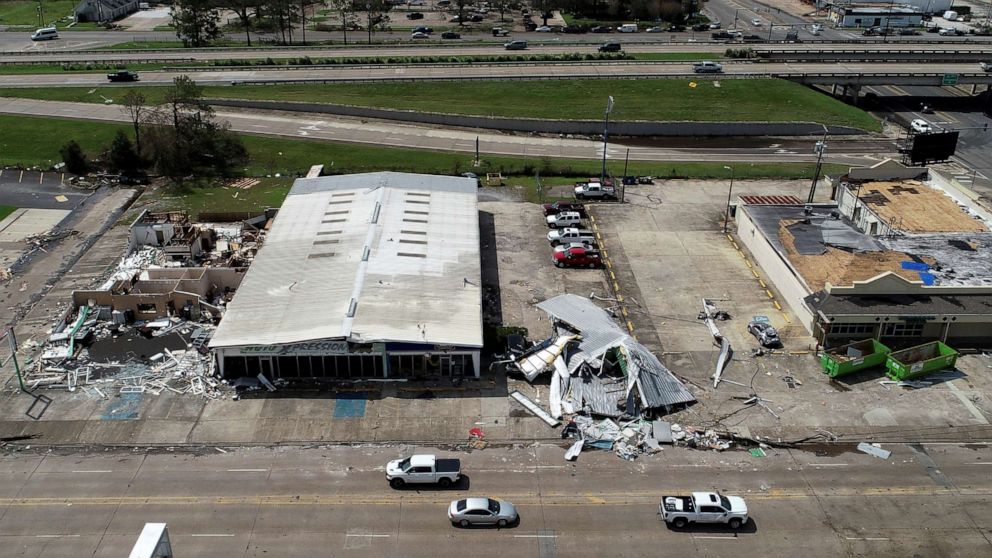 Tropical Storm Sally is forecast to strengthen into a hurricane as it approaches the Gulf Coast Monday morning.

As of late Sunday night, the storm was about 185 miles east-southeast of the mouth of the Mississippi River with sustained winds of 60 mph, and was moving northwest at 8 mph.

The storm’s track had a notable shift eastward late Sunday, increasing the odds of a more significant impact on the Mississippi coast and potentially lowering the impacts on southeastern Louisiana, including New Orleans. But the shift doesn’t mean New Orleans is in the clear yet.

Heavy rain continues to fall on the eastern side of Sally, especially from the Florida Keys to Sarasota.

Flood watches have been issued for a large part of the Southeast U.S.

Regardless of the wind speed of Sally, the primary and most major concern remains the water.

This likely allows for up to 48 hours of storm surge and rainfall which could be a very dangerous situation.

The rainfall forecast now calls for up to 20 inches along the Gulf Coast. As with all hurricanes, this rainfall will be realized east of the center and could cause major flash flooding.

The storm surge forecast is now up to 11 feet, again east of the center.

Louisiana Governor John Bel Edwards said that the storm poses a “very significant threat to the people of Southeast Louisiana,” in a statement Sunday.

Alabama Governor Kay Ivey also said her state is “keeping a close eye” on the storm and that “it is likely that this storm system will be impacting Alabama’s Gulf Coast.”

A mandatory evacuation has been issued for Grand Isle, Louisiana, according to a press release from Grand Isle Mayor David Carmadelle’s office. The town of Grand Isle will open an evacuation center at the Raceland Recreation Center, located at 221 Recreation Drive, Raceland, Louisiana.

Sally is just one of seven tropical systems in the Atlantic basin.

Paulette is currently a Category 1 hurricane as it continues to close in on Bermuda. Sustained winds at are at 85 mph as the storm moves northwest at 14 mph.

Rain bands and gusty winds are beginning to impact the island, and additional strengthening is forecast over the next 24-48 hours.

Paulette is expected to increase to a Category 2 hurricane as it impacts the island nation, where a hurricane warning is in effect. The magnitude of the impacts will depend on how close the center of the storm tracks to the island, but either way a prolonged period of heavy rain and strong winds with dangerous storm surge is expected to pound Bermuda through Monday morning.

There are also two more tropical waves pushing off Africa, as well as Tropical Depression 20.