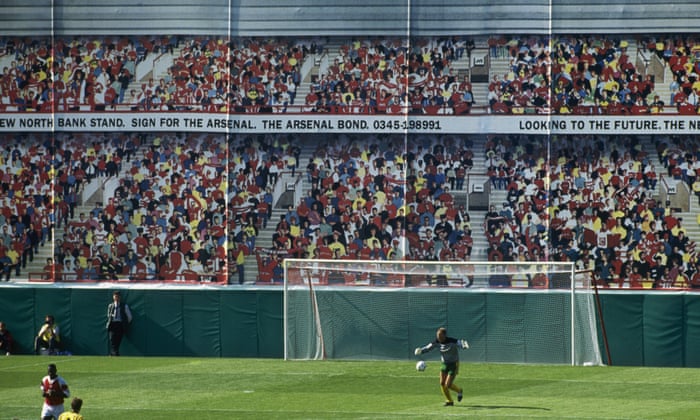 1) The Premier League season begins this weekend, so here’s Sky’s Premier League launch from 1992, here’s Norwich beating Arsenal on the opening day, in front of the Highbury mural, and here are the best goals of that first season.

2) Though Premier League grounds will be empty of fans to begin with, plans are afoot at Spurs to allow in some of the richest. One can only wonder what the supporters featured in Awaydays, a glorious BBC documentary made in 1984, would think of that.

3) The Tour de France finishes atop Col du Grand Colombier on Sunday. The last time it featured on a Tour route, the Colombian Rigoberto Urán managed to win the stage despite being stuck in one gear due to a mechanical problem. Which was pretty amazing. Colombians clearly enjoy the Colombier because the year before that, Jarlinson Pantano soloed to a stage win on a route from Bourg-en-Bresse to Culoz, which also took in the peak in the Jura Mountains. Pantano was subsequently banned after testing positive for EPO and has now retired, but you can’t have it all.

4) Ricardo Quaresma gets a suitably modest welcome at his new club Vitória.

5) On this day in 1991, Gail Devers recorded the fastest time for the 100m hurdles ever run by an American woman. But she is most famous for overcoming Graves’ disease and the joy and despair of her Olympic story.

6) And finally, on this day in 2012, Andy Murray won his first Grand Slam, beating Novak Djokovic in a ludicrously punishing classic at Flushing Meadows. Here he is last week, making sure Ava Wallace was allowed to ask her question without male interruption, here he is correcting some casual sexism, here he is standing up for women coaches, and here are a selection of women players commiserating with him on his retirement – ! – and talking about how kind, helpful and supportive he’s been to them.

Our favourites from last week’s column

1) John Yems, the manager of Crawley Town, keeps it simple.

2) Brian Lara, mic’d up and batting with Ricky Ponting.

4) In the absence of major events, athletes have been tackling the one-hour event. Here’s Sifan Hassan extending the women’s mark, and here’s Mo Farah doing likewise with the men’s, expunging from the record books the final of the 17 marks, ranging from 2000m to marathon, set by the great Haile Gebrselassie.