More than a century ago, a German treasure hunter found a diamond in the Namibian Desert, in an area that came to be known as the Sperrgebiet or “forbidden territory”. De Beers – an international company that specialises in mining hunting – and the Namibian government took control of the area in what became a famously off-limits zone near the mouth of the Orange River. But one worker discovered something far more valuable than diamonds during his shift, uncovering treasure that had been missing for nearly half a millennia.

At a loss over what the pieces of metal, wood and pipes were doing there, he called in archaeologists

He said in 2016: “It just looked like a disturbed beach, but lying on it were bits and pieces.

“I thought ‘Oh, no no, this is definitely a shipwreck.’” 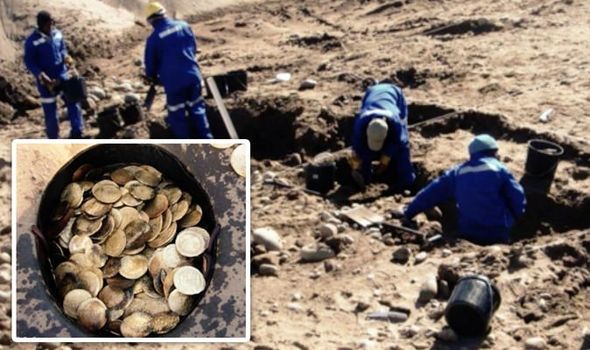 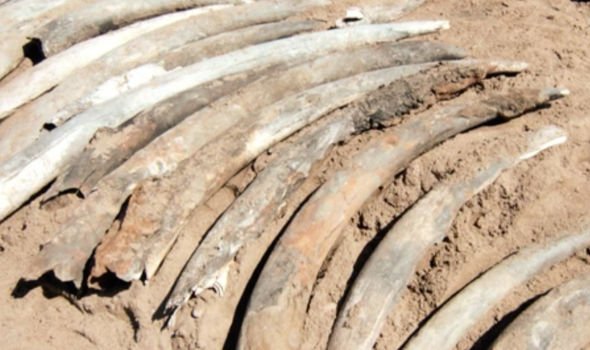 After excavating the area, archaeologists uncovered what they think might be one of the most significant shipwrecks ever found.

Though they are unable to unequivocally prove it, evidence suggests the vessel is The Bom Jesus (The Good Jesus), a Portuguese ship on its way to India that never made its way beyond the Southern Atlantic.

Loaded with thousands of mint condition, pure gold coins from Spain and Portugal, historians dated the ship to between 1525 and 1538.

Cargo on the vessel, including a chest filled with coins, matches that on The Bom Jesus, as detailed in a rare 16th-century book ‘Memorias Das Armadas,’ which lists the vessel as lost.

Mr Noli added: “We figured out the ship came in, it hit a rock and it leaned over. 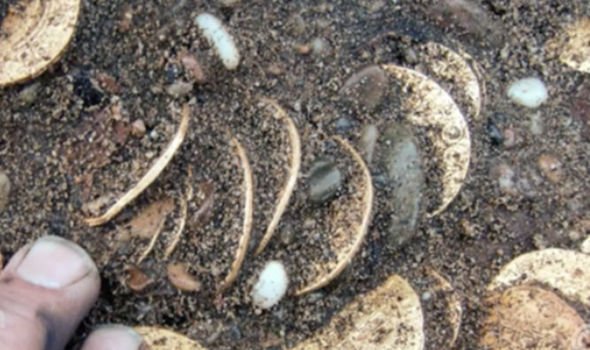 “The superstructure started breaking up and the chest with the coins was in the captain’s cabin, and it broke free and fell to the bottom of the sea intact.

“In breaking up, a very heavy part of the side of the ship fell on that chest and bent some of the coins.

“You can see the force by which the chest was hit, but it also protected the chest.”

Also among the haul of gold, tin and ivory were 44,000 pounds of copper ingots, which according to marine archaeologist Bruno Werz, could have been key to the ship’s preservation.

He said: “Wooden remains would normally have been eaten by organisms. 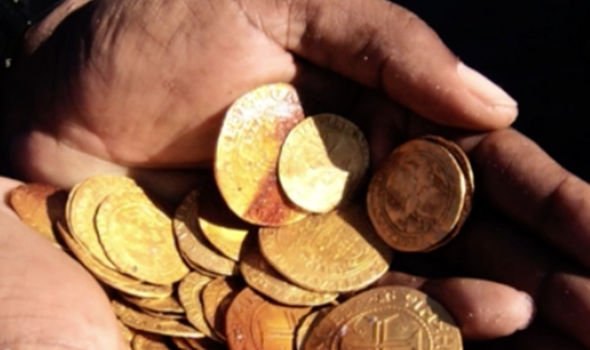 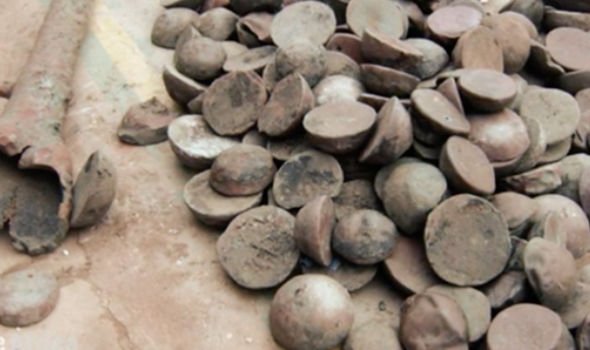 “But the poison would have protected part of those materials.”

The diamond mine’s security now protects the remains of the shipwreck.

Timber, muskets, cannonballs and swords are kept damp, as they have been for hundreds of years.

Like the secretive area in which it was discovered, most of them find remains out of the public eye.