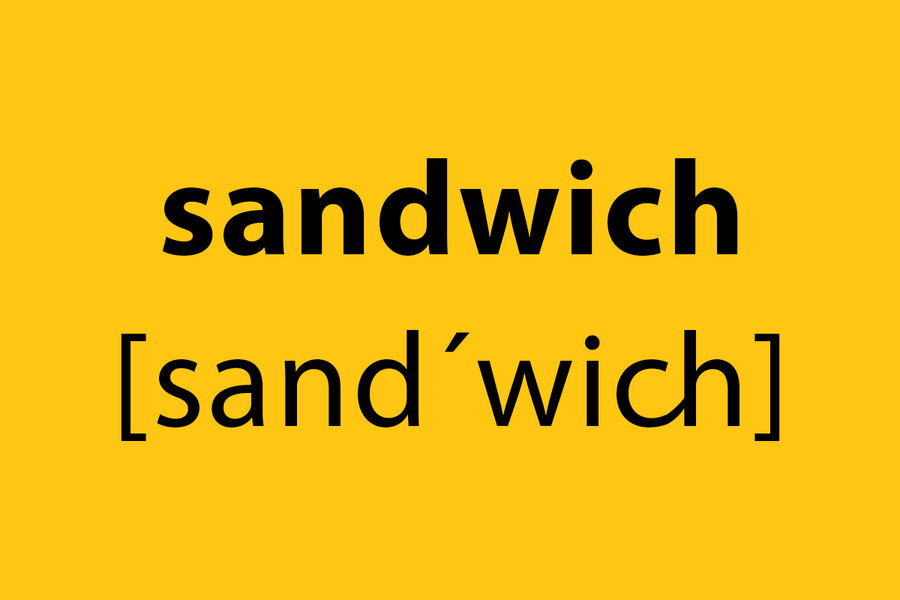 A man named Luke is internet famous because of a definition he learned later than most people do. According to a tweet that went viral: “My friend Luke didn’t realise until he was an adult that lukewarm was a real temperature, he thought it was just a term his mum used to describe his bath water.” I wonder what young Luke thought when he heard other people using lukewarm, and whether he was disappointed to learn that it was just another way to say “tepid.”

In any case, lukewarm is not eponymous, or derived from the name of a person or thing. It does happen to be redundant – luke is a medieval word that also means “slightly warm,” making lukewarm literally “warm warm.”

The most famous example of an eponymous word is probably sandwich. The story goes that John Montagu, 4th Earl of Sandwich, was so busy that he could not stop for dinner. He made culinary history by calling for some grilled beef between two slices of bread. The Oxford English Dictionary has some doubts about this anecdote, allowing only that the sandwich is “said to be named after” the earl. The story first appeared in 1765, around the time British eating establishments began serving “sandwiches,” though, so perhaps it is true.

Another British aristocrat wore a buttoned wool garment while leading the famous Charge of the Light Brigade in 1854 during the Crimean War. Though his cavalry charge was a disaster, the general’s clothing style, paradoxically, proved extremely popular. People today still wear these sweaters, which bear the name of James Brudenell, the 7th Earl of Cardigan.

Of course the British aristocracy isn’t the sole source of eponyms. Algorithm – “a step-by-step procedure for solving a problem or accomplishing some end” – comes from the name of a ninth-century Persian mathematician, Abu Ja’far Muhammad ibn Musa al-Khwarizmi. Al-Khwarizmi wrote a foundational treatise on “al-jabr” (algebra), and also introduced European scholars to the Arabic system of numbering, which, in the Middle Ages, was called algorism in his honor.

A much later and more absent-minded academic gave us the spoonerism, a verbal error in which the initial sounds of two words are switched. Oxford Professor William Archibald Spooner became famous for saying things along the lines of “The Lord is a shoving leopard” and “Mardon me padam.” He disputed many of the spoonerisms attributed to him, admitting only to the time he began to sing the hymn “Kinkering Congs Their Titles Take,” in 1879. The words are actually “Conquering Kings …”