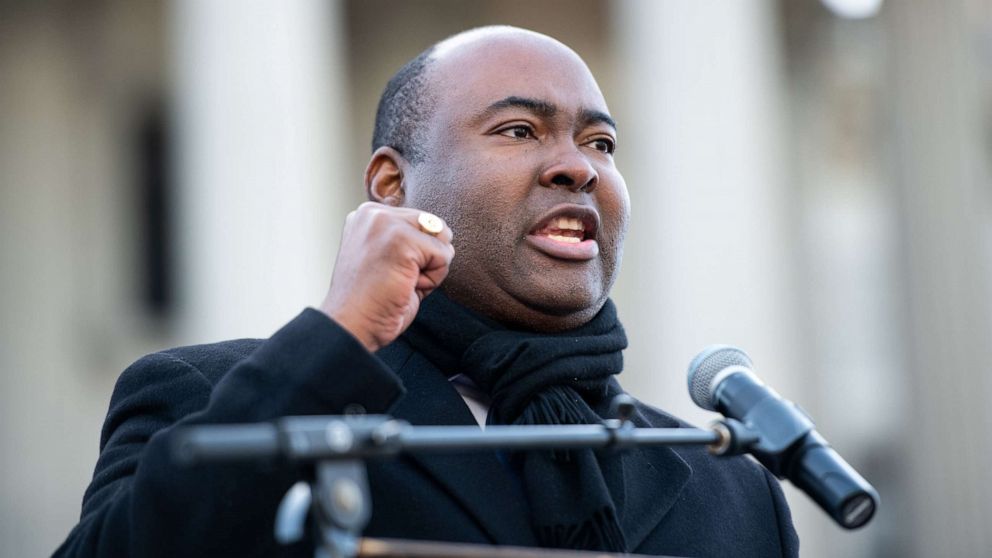 Competing to unseat Sen. Lindsey Graham, a three-term incumbent who is now tethered to President Donald Trump, Harrison remains adamant that the race is close, pointing to a recent Twitter tit-for-tat with Graham over releasing tax returns to suggest his rival is “flailing.” Recent polling shows the two locked in a tight race, with Graham and Harrison tied at 48% among likely voters in a new Quinnipiac poll released Wednesday.

“It’s a desperate ploy by somebody who understands that he’s in a fight for his life,” Harrison said of Graham in an interview with ABC News’ Chief White House Correspondent Jonathan Karl and ABC News Political Director Rick Klein on the “Powerhouse Politics” podcast Wednesday. “I almost feel a little sad for him. Not enough that I’m going to relent.”

After the incumbent Republican released 11 years of state and federal tax returns last week, he urged his rival to do the same. Graham sought to call out Harrison for not yet releasing his tax returns on Monday, but Harrison responded one day later, “Done. Now do President Trump” — underscoring the irony of Graham’s pressure campaign.

The president’s own tax returns have been at the center of a protracted legal fight for years with Democrats, who are eager for Trump to publicly disclose his tax returns. But the president has repeatedly refused, aggressively shielding his tax returns and other financial records from prosecutors, Congress and the public as the election looms.

Graham’s effort to coerce his opponent into releasing his financial records appeared hypocritical coming from a key Trump ally — and ultimately backfired on him.

Harrison, who is fully aware of his uphill climb over the final stretch to November, cast the race as a battle between “David versus Goliath.” Trump won the state by 14 percentage points over Hillary Clinton in 2016 and is expected to capture South Carolina once more against Joe Biden, the Democratic nominee.

“I was born into long odds,” Harrison said. “I know what the David versus Goliath story is. My life has been that.”

“It’s the David versus Goliath race of this cycle but we know how that race ended,” he later said of the Senate contest.

Graham, once known for his bipartisan nature and criticism of Trump, has become one of the president’s staunchest allies on Capitol Hill as the prospect of his tough re-election loomed.

Six years ago, Graham won re-election to a third term by roughly 16 points. But now he is facing a different reality.

For the first six months of this year, Harrison outraised Graham, with $14 million between April and June, — the most recent reporting period — which surpassed Graham’s roughly $8.4 million in the same period. Graham still held a $5 million cash-on-hand advantage.

Harrison said he saw a path to a win when he entered the race, conceding that may not have been a possibility before Graham’s conversion to Trumpism.

Harrison argued that Graham’s troubles in South Carolina stem from the shift in his focus away from the state and to appearances on Fox News.

“You’ve got to focus on home,” he said, “and Lindsey has failed to do that.”

He also criticized Graham for failing to “stand up” for his friend, the late McCain, who he said Trump has attacked “viciously.”

“Folks here in South Carolina want someone with a backbone, with a spine. Someone who’s going to stand up for them and their families, regardless of who’s in the White House,” he added.

The former Washington lobbyist dipped into the debate over confidence in the safety of a vaccine approved by the end of this year, after another Democratic challenger slightly up north, Cal Cunningham, who is competing against Sen. Thom Tillis, R-N.C., said he would be “hesitant” about taking one as politics intervenes in the process.

Harrison said he needed “the Dr. Fauci stamp of approval” for a vaccine, instead of solely Trump’s, since he views the nation’s top infectious disease expert as “above the political fray.”

“If Dr. Fauci said, ‘here it is,’ and I believe it, and I think it’s safe for folks to take, yes, I will definitely do that,” he said. “It’s not about politics, it’s about what is in the best interests of the health of the American people. And so I believe in him and I believe and have confidence in him and what he says.”

Despite his lack of confidence in Trump, Harrison still sought to paint himself as someone who is willing to work across the aisle, particularly with the other senator from South Carolina, Tim Scott, who unveiled a policing reform proposal in June, which was voted down about a week later.

“I applaud Sen. Scott for coming up with some legislation to begin to have the discussion,” he said of the criminal justice proposal. “Of course, I would work with Tim on this because this is so personal to me.”

“What we see with Lindsey Graham is that he just wants to have a discussion in front of the cameras and say he did something, and give lip service to it, and doesn’t really care whether or not you actually get a result out of it. I do care because it has an impact on my community … and it has an impact on me as a Black man,” he added.

Harrison cautioned his own party, though, against quick fixes, such as eliminating the filibuster, to get things done if they were to win back control of the chamber in the fall.

“I’m very hesitant to tinker with some of the structures and institutions that have lasted over generations, just for short-term political gains,” he asserted. “A lot of progress has been stalled but at the same time, had we gotten rid of the filibuster in the midst of this pandemic, we would have millions of people in this country right now that would not have health insurance under the Affordable Care Act.”

If Harrison were elected, it would mark the first time in American history that a single state is represented by two African American senators. The country came close once, Karl pointed out, in the late 19th century, when Mississippi sent Hiram Revels to the Senate, the first African American senator in 1870. He left after his short term ended in 1871, and just three years later, Mississippi elected Blanche Kelso Bruce to the Senate.