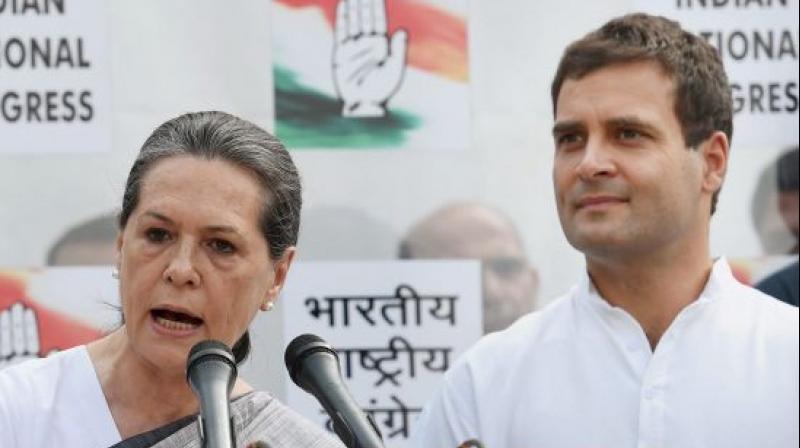 These four new members in the CWC will replace Goa veteran Luizinho Faleiro, who was also removed as AICC general secretary, Vora, Adhir Ranjan Chowdhury and Tamradhwaj Sahu. While Chowdhury was made a permanent invitee of CWC, the other three were dropped. Interestingly, Chowdhury was earlier a regular member of the CWC.

Gandhi also restructured the central election authority of the party, with Madhusudan Mistry being appointed as the new chairman. Rajesh Misra, Krishna Byre Gowda, S Jothimani and Arvinder Singh Lovely were made its members. This restructuring assumes importance as it is the CEA which will elect the new Congress president.

The 73-year-old leader also formed a six-member special committee to assist her in organisational matters. The special committee will have AK Antony, Ahmed Patel, Ambika Soni, KC Venugopal, Mukul Wasnik and Randeep Surjewala as its members.

The organisational changes bore the stamp of Rahul Gandhi, with a majority of the new appointees known to be his close aides, including general secretaries Surjewala, Ajay Maken, Jitendra Singh and K C Venugopal.

Some of the young leaders considered close to him were given key organisational roles as in-charge of various states and nominated in the reconstituted CWC as permanent and special invitees.

Surjewala, currently in-charge of the AICC communications department, was also made the general secretary in charge for Congress in Karnataka.

From the 'Group of 23' leaders, who wrote a letter to Gandhi seeking Congress' overhaul, Azad and Sharma would continue to be regular members of the CWC.

Uttar Pradesh's young turk and Rahul confidant Jitin Prasada would now be a permanent invitee to CWC. Earlier, he was a special invitee. Prasada was also made in-charge of party affairs in West Bengal and Andaman and Nicobar Islands.

Wasnik, another leader who was among the letter-writers, was made AICC general secretary in-charge for Madhya Pradesh. Delhi leader Lovely, also from the 'Group of 23', was accommodated as a member of the CEA.

Anugrah Narayan Singh, Asha Kumari, Gaurav Gogoi and Ram Chandra Khuntia were among those dropped by the Congress as in-charge for states.