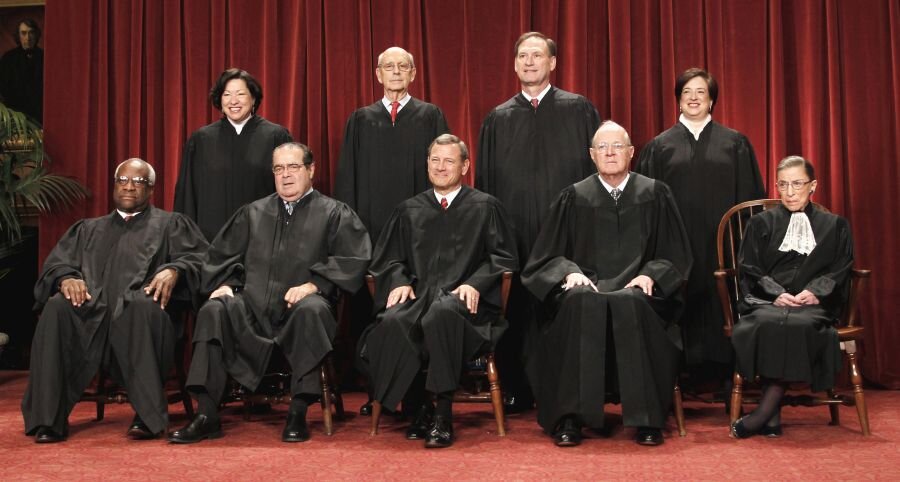 Within hours of Supreme Court Justice Antonin Scalia’s death on Saturday, Republican politicians had announced that President Barack Obama should not nominate a new justice during his last year in office, turning a supposedly unpolarized arm of government into the focus of an intensely-polarized election debate.

The President announced his intention “to fulfill my constitutional responsibilities to nominate a successor in due time” in a statement remembering Justice Scalia as “one of the most consequential judges and thinkers to serve on the Supreme Court.”

Both would-be nominators and would-be delayers have claimed that historical precedent backs their position, and both are eager to install someone with their political leanings in the highest court; presumably, a Republican presidential win in 2016 would secure a seat for a more conservative justice. But if history alone is a guide, both arguments are more complicated.

“The American people‎ should have a voice in the selection of their next Supreme Court Justice. Therefore, this vacancy should not be filled until we have a new President,” Senate Majority Leader Mitch McConnell (R-KY) said soon after news of Scalia’s death. As Majority Leader, Mr. McConnell controls the Senate’s schedule, and could delay a vote to confirm or reject a nominee.

“It’s been standard practice over the last 80 years to not confirm Supreme Court nominees during a presidential election year,” Senator Chuck Grassley (R-IA) said on Saturday, deepening the public partisan divide over a potential nominee.

Meanwhile, Democrats have argued that it is the Senate’s Constitutional responsibility to promptly confirm a new justice, avoiding a possible series of 4-4 tied votes. In the case of a tie, Supreme Court cases are referred the lower court’s decision.

“Senator McConnell is right that the American people should have a voice in the selection of the next Supreme Court justice. In fact, they did – when President Obama won the 2012 election by five million votes,” Senator Elizabeth Warren (D-MA) wrote on Facebook, adding:

Article II Section 2 of the Constitution says the President of the United States nominates justices to the Supreme Court, with the advice and consent of the Senate. I can’t find a clause that says “…except when there’s a year left in the term of a Democratic President.

It has been rare for the Senate to confirm new justices during an election year since 1940, although it happened several times in the early 20th century.

But there are exceptions, including the confirmation of Justice Anthony M. Kennedy, which both McConnell and Grassley themselves voted on. Kennedy was confirmed 97-0 in February 1988, after being nominated by Ronald Reagan in 1987. Reagan left office in January 1989.

Yet Kennedy’s case is a tricky one: the Senate had already rejected another Reagan appointee, Robert Bork, and a second one, Douglas Ginsburg, withdrew his own appointment.

Including election and non-election years, it has taken Supreme Court nominees 67 days, on average, between formal nomination and Senate confirmation since 1975.

But the debacle also highlights the vast change in the way that Americans view the Supreme Court, whose rulings are supposed to transcend politicking: as voters and Congress become more starkly split into Republican and Democratic camps, so, too, it seems, are their justices.

Even in the late 80s and early 90s, most nominees were sworn in with little to no major objections: Scalia and Kennedy were unanimously approved, and Justice Ruth Bader Ginsburg came close, 96-3. Justice Samuel Alito, nominated by George W. Bush in 2005, was confirmed only 58-42; Obama-appointed Justices Elena Kagan and Sonia Sotomayor also received roughly one-third of “no” votes.

More and more, it seems, justices are ruling along predictably partisan lines, unlike predecessors who sometimes surprised the presidents who’d nominated them. Although plenty of cases still produce diverse, or more agreed-upon rulings, many of the high-profile rulings defining the so-called culture wars have come down to 5-4 decisions in recent years.

“I do think the rule of law is threatened by a steady term after term after term focus on 5-4 decisions,” Chief Justice Roberts told the New Republic in 2006, the year after he was confirmed:

I think the Court is ripe for a similar refocus on functioning as an institution, because if it doesn’t, it’s going to lose its credibility and legitimacy as an institution. And to the extent that my colleagues share that concern, we should be able to make some progress.