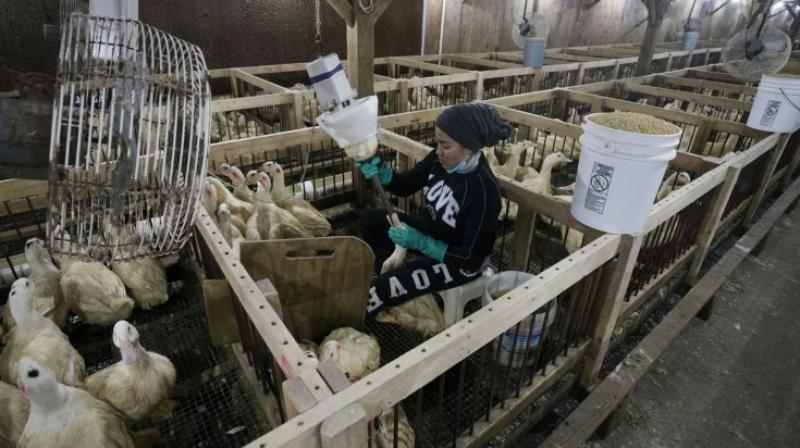 New York can stake a claim to being the culinary capital of the world, but one famous dish is about to be taken off the menu: foie gras.

The city council voted overwhelmingly on Wednesday to ban the sale of the French delicacy from 2022. Lawmakers ruled that it is cruel to force-feed ducks and geese to fatten their livers for human consumption.

The law is set to go into effect in October 2022 and prohibits any establishment from selling, serving or even possessing foie gras.  Offenders will be fined anywhere between $500 and $2,000 for each offense.

Animal rights activists hailed the passing of the motion, which was voted through by 42 votes to six. "It is a historic day for animal rights in New York City," Matthew Dominguez of the campaign group Voters for Animal Rights told AFP.

Yanay added that the ban would badly hit her company. "I have 400 people who've been working for me for 30 years. Those people will face a tragedy," she told AFP.

The law, which needs to be signed into effect by Mayor Bill de Blasio, comes after the US Supreme Court upheld a similar ban in California in January, ending a 15-year legal battle.  Foie gras farmers claim their practice is not cruel and that activists have exaggerated the suffering that the animals are subjected to.

They say that the amount of corn given to a duck does not exceed the amount which it could eat on its own. But opponents dispute that and say the use of a feeding tube is inhumane.

The production of foie gras is banned in several countries, including Britain. The industry is exploring alternative ways of replicating the food that does not involve force-feeding.