People were quick to share their experiences of the trembling.

One person wrote on EMCS: “It was one good jolt followed by very low level trembling for a few seconds.”

Another added: “It’s just a little shake that was felt for more than 10 seconds.”

A third person also simply said there was “prolonged shaking”. 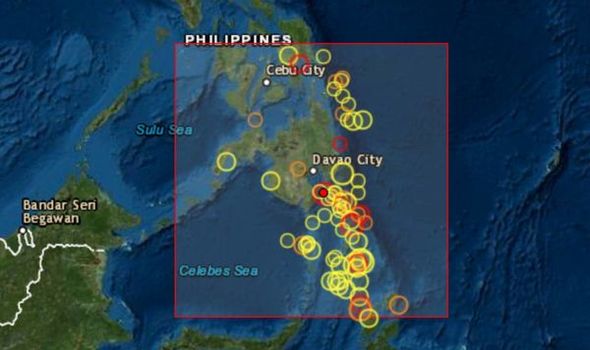 The earthquake struck at a depth of 182km.

It was also located 42km from the Davao region and 24km from Digos.

It is not known if there is any structural damage.

No injuries have so far been reported. 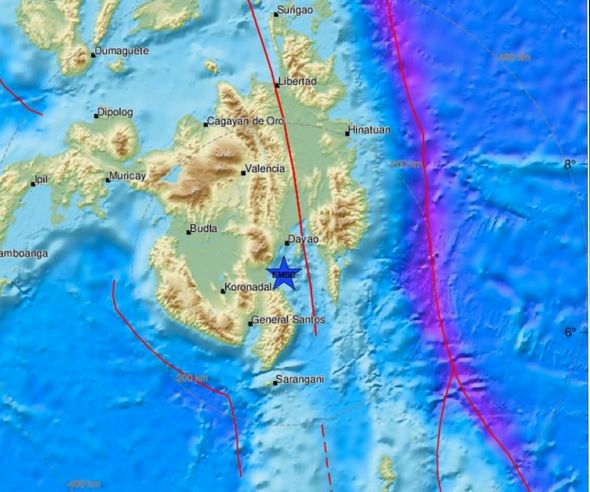 The Philippines is prone to earthquakes striking.

This is because it lies along the Pacific Ring of Fire.

This is a horseshoe-shaped Ring filled with the world’s highest number of volcanoes.

The Ring also has 90 percent of the Earth’s earthquakes. 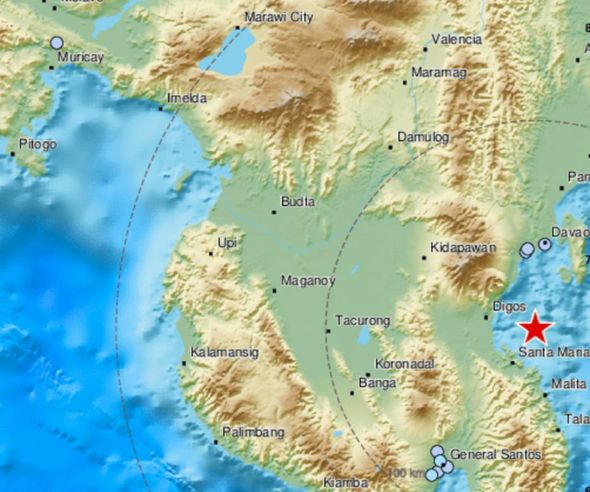 Bill McGuire, Professor of Geophysical & Climate Hazards at UCL, warned the Ring of Fire is so unpredictable, there is no way to predict when it will strike.

He told Express.co.uk: “Trying to decide which ‘Ring of Fire’ volcano will erupt next is a bit like trying to pick the winning numbers in the lottery.

“However, no volcano erupts without warning signs that we can detect if we are looking.

“For magma to reach the surface, it must break rock, which causes small earthquakes that can be detected using seismometers.” 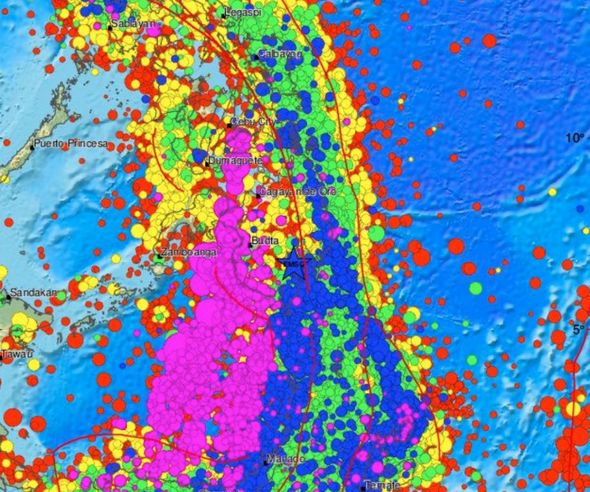 It comes after the Philipppines was also rocked by a gigantic 6.8 earthquake, which struck the Samar province in August.

The Pacific Tsunami Warning Center said at the time: “Based on all available data, there is no tsunami threat from this earthquake.”

Photos posted to Twitter by the Philippine Red Cross showed buildings devastated by the huge quake.