The arch Europhile has urged Brussels to “get a grip” of the situation as EU member states fail to agree on sanctions against Belarusian officials. Belarus has been marred by six weeks of widespread protests against President Alexander Lukashenko amid claims his election victory was rigged.

The European Union had vowed to impose sanctions on Minsk for alleged election fraud and human rights abuses – something Belarus deny.

Despite opposition leader Sviatlana Tsikhanouskaya travelling to Brussels, the EU was unable to reach a unanimous decision on what action to take.

In a fitting post on International Peace Day, Mr Verhoftsadt who describes the EU as “greatest peace project of our times”, has condemned Brussels for failing to find a solution.

In a post on Twitter, the Belgian MEP since 2009 wrote: “Today’s International Day of Peace… and the greatest peace project of our times has to roll up its sleeves and end the internal divisions over Belarus. Get a grip, Europe!” 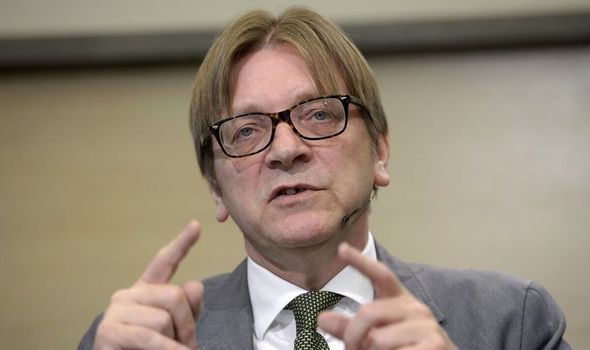 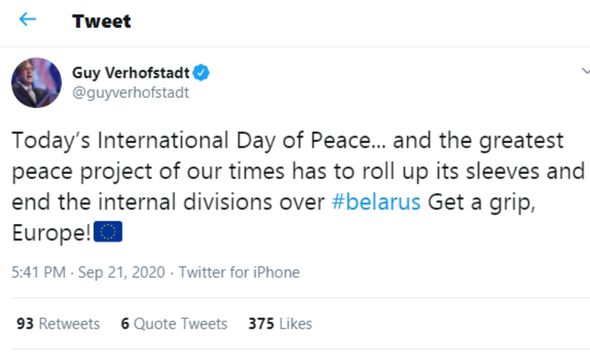 He said: “The outrage against the people of Belarus continues.

“When do we hit the perpetrators with sanctions? Where are Europe’s foreign ministers? Their incapacity to act and take sanctions is scandalous.”

Brussels is yet to approve a list of 40 Belarusian officials who are set to be hit with travel bans and asset freezes. 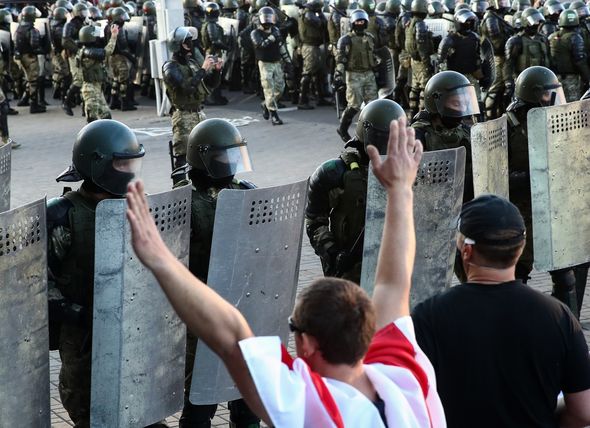 The EU’s top diplomat Josep Borrell, who chaired the meeting of foreign ministers, confirmed there was not an agreement amongst the 27 member states.

He said: “Although there is a clear will to adopt the sanctions, the required unanimity was not reached.”

Mr Borrell was confident a consensus would be reached before the next meeting on October 12 and warned there would be consequences for the bloc if there was not.

At a press conference, he added: “If we are not able to then our credibility is at stake.” 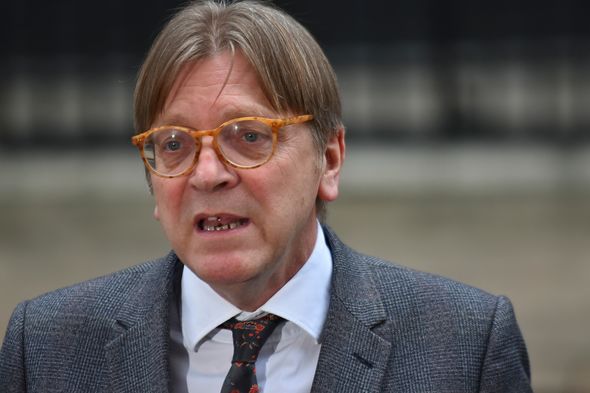 The Government in Belarus has refused to surrender power after declaring a landslide victory in the election on August 9.

Mr Lukashenko, who has been in power for 26 years, has close links with Russian President Vladimir Putin.

Russia sees Belarus as a strategic buffer state against the EU and NATO, and has also agreed to give a £1.1billion ($1.5bn) loan to prop up Mr Lukashenko’s regime.

On Sunday, more than 100,000 people marched through Minsk on the sixth straight weekend of anti-Government demonstrations.

In a bid to crackdown on the unrest, several protesters were dragged away from the crowds by security forces in the capital.

The Interior Ministry said police detained 442 people across the country – including 266 people in Minsk.