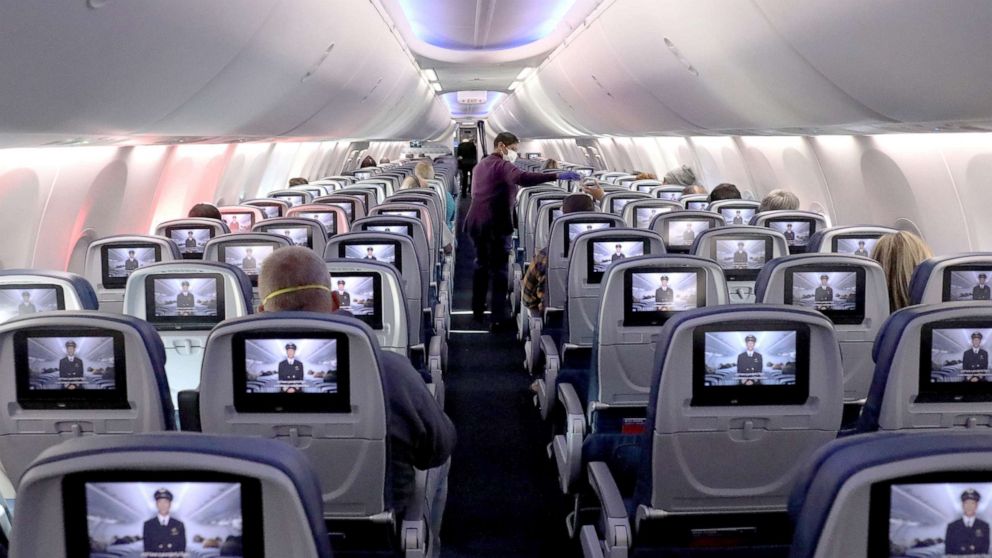 As people debate whether air travel is safe amid the pandemic, major U.S. airline CEOs are presenting new infection information about their employees.

“At United, but also at our large competitors, our flight attendants have lower COVID infection rates than the general population, which is one of multiple data points that speaks to the safety on board airplanes,” United Airlines CEO Scott Kirby said Wednesday during a Politico event.

As of Monday, 6.8 million people in the U.S. have contracted the virus, according to Johns Hopkins data, an infection rate of 2%.

Delta is testing all of their employees for COVID-19, both the active virus and antibodies, through a partnership with the Mayo Clinic and Quest Diagnostics.

“If the experience of flying was not safe, you’d expect our people to get sick,” Delta Air Lines CEO Ed Bastian said on Thursday at the SAP Concur forum. “We track the health of our people. Our people are meaningfully less infected than the general population.”

The U.S. Centers for Disease Control and Prevention (CDC) says flying on an airplane increases the risk of getting COVID-19 pointing to time spent in security lines and airport terminals, “which can bring you in close contact with other people and frequently touched surfaces.”

Onboard the aircraft, the CDC admits, “most viruses and other germs do not spread easily on flights because of how air circulates and is filtered on airplanes,” but that the risk increases on crowded flights where “social distancing is difficult … and you may have to sit near others, sometimes for hours.”

Three studies published in the CDC’s journal of Emerging Infectious Diseases found likely cases of COVID-19 transmission onboard international flights, but the transmission occurred in settings where passengers were not wearing masks.

One recent modeling study published by Harvard’s National Preparedness Leadership Initiative estimated that wearing a mask combined with the ventilation rates of aircraft may “reduce infection risk from respiratory particles to less than 1%.”

Health care professionals’ advice when choosing whether or not to fly is still to assess your own individual risk.

“You have to stop and think about what your current conditions are, what your risk is,” Dr. Jay Bhatt, an ABC News medical contributor, said. “And also, double down on masking and distancing and maybe its not even going on that trip for you, and using the virtual capabilities we have. So ultimately it comes down to everyone assessing what their risk is.”

Cruise companies to require COVID testing for all passengers and crew prior to U.S. departures