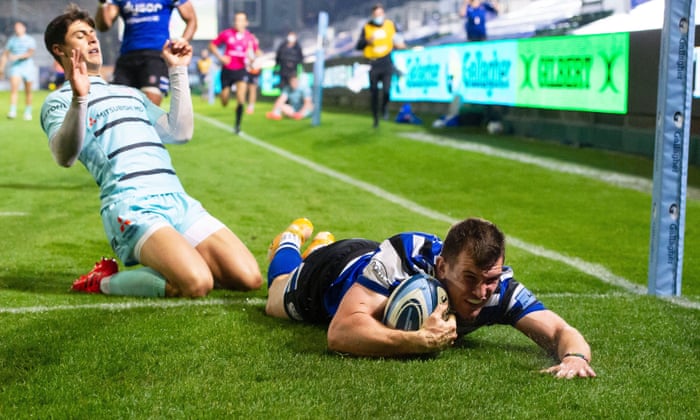 Very little in rugby feels entirely permanent right now and here was another prime example. Entering the final quarter Gloucester were 20-3 ahead and close to putting a serious boot into Bath’s Premiership play‑off ambitions. Less than 20 minutes later and four tries later the hosts were looking at a completely different scenario, having engineered the kind of escape of which even Harry Houdini would have been proud.

Until their spectacular late flourish there had been precious little sign of a pulse in Bath’s title challenge but the ledger will show two tries from the hooker Tom Dunn, another close‑range effort from the replacement prop Lewis Boyce and a late bonus courtesy of Ben Spencer have breathed fresh life into their prospects. Victory in their final regular‑season game at Saracens will mean they would finish in the last four.

Great credit, however, is due to Gloucester who had managed to secure victory on one of their previous five outings beside the River Avon in all competitions. Inspired by their hard‑working forwards the smart, sharp half-back duo of Lloyd Evans and Willi Heinz and the influential Billy Twelvetrees, they had led 13-3 at half-time and set to secure a result that would have thrilled the new coaching team at Kingsholm.

A very different outcome had looked likely when the impressive Evans, relishing the opportunity to fill the No 10 jersey vacated by the absent Danny Cipriani, broke clear of a strangely sluggish Bath defence and put his centre Chris Harris over for a cracking score after 20 minutes.

Gloucester’s collective self-belief visibly soared and a second fine score, this time by the former Bath favourite Matt Banahan, towards the end of the third quarter appeared to have pulled the plug on his former side.

Suddenly, the 11th-hour decision to call off the scheduled pilot arrangement that would have allowed 1,000 fans into the Rec would not have felt so crushing for those home supporters who had managed to source a ticket. Everyone reckoned without the gathering wave of Bath physicality and Gloucester’s increasing failure to escape their own half in worsening damp conditions. 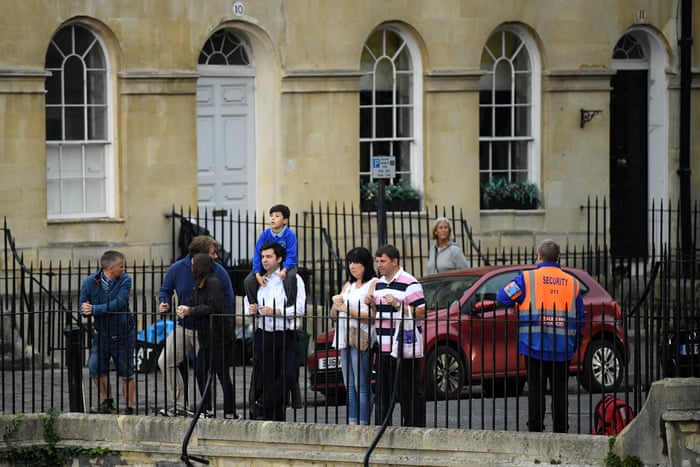 There was a certain inevitability every time the home pack picked and drove close to the line and Boyce’s 74th-minute score duly put his side ahead for the first time. Spencer’s score, set up by the England winger Joe Cokanisiga on his first appearance since last year’s World Cup, was the final cherry on the west country cake.

At least the absorbing action was a distraction from off-field developments, with the entire sport, professional and amateur, increasingly caught in the grip of Covid-19 financial turmoil. It only required a brief pre‑match stroll around Bath, however, to understand why people are scratching their heads about the inconsistencies inherent within the government’s latest pronouncement. It was entirely permissible to watch this game inside a small, well-populated city pub yet illegal to allow 1,000 spectators to spread out around a 14,500-capacity open-air venue just a drop-kick away.

Bath’s chief executive, Tarquin McDonald, did his best to be diplomatic but his disappointment was obvious. “The longer this goes on the more challenging it is for sport,” he said. “Around 50%-60% – and in some cases more – of our income is matchday revenue. The costs haven’t changed and there’s a big hole in the revenue. That can’t continue indefinitely. The government is talking about six months … that takes us towards halfway through next season. If there isn’t any respite in terms of matchday income it’s pretty bleak.”

If, as McDonald fears, there is now little chance of spectators returning before January there are some clubs who will struggle to survive beyond Christmas. Handouts may postpone the pain but for only so long. “The government fully understand how important crowds are,” McDonald said. “They want to get crowds back in because they don’t want to be in a situation where they have to bail out sports.

“Sport is a massive part of our nation and communities from pro clubs to grassroots clubs in villages. We need to make sure they find a way to survive through this.”