Says the user learn dubikvit: “My daughter sometimes asks me: “Dad, what’s your favorite cartoon?” This question has me baffled. Because a lot of great cartoons, and choose the one most-quite difficult. A great baitcasting Tatar, Dezhkin, Nazarov, Reznikov, Cherkasy, Kotenochkin, Schwartzman, Norstein, Kachanov and many others has left a wonderful legacy of kind, beautiful and interesting paintings. But there is one that I’m willing to reconsider now. Cartoon, taken away on citations. Phrase which still raise a smile.

This is a wonderful cartoon Eduard Nazarov “there once was a dog”. Remember the story of the dog who was kicked out of the house, and a wolf who decides to help a former enemy? “God help…”, “You sho, climb the trees?..”, “Right now I sing!”, “Sho, again?”, “You come in, if that…” don’t tell me you don’t know where the phrase!” 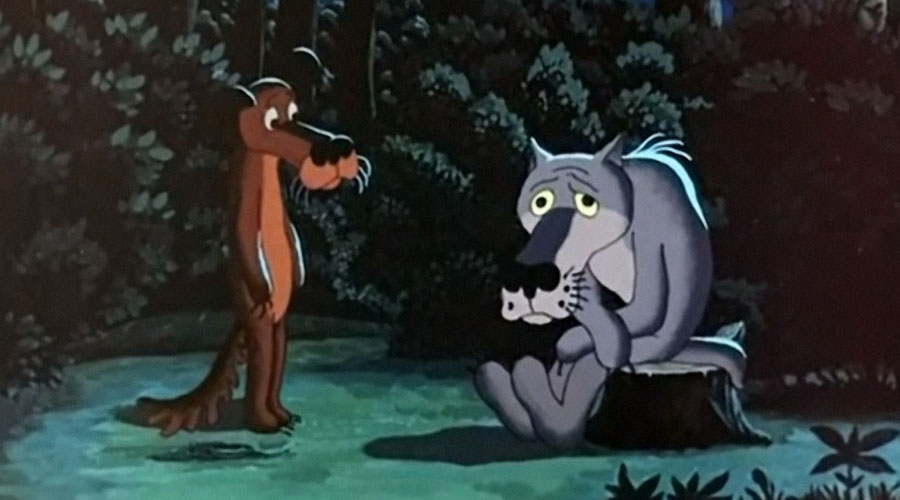 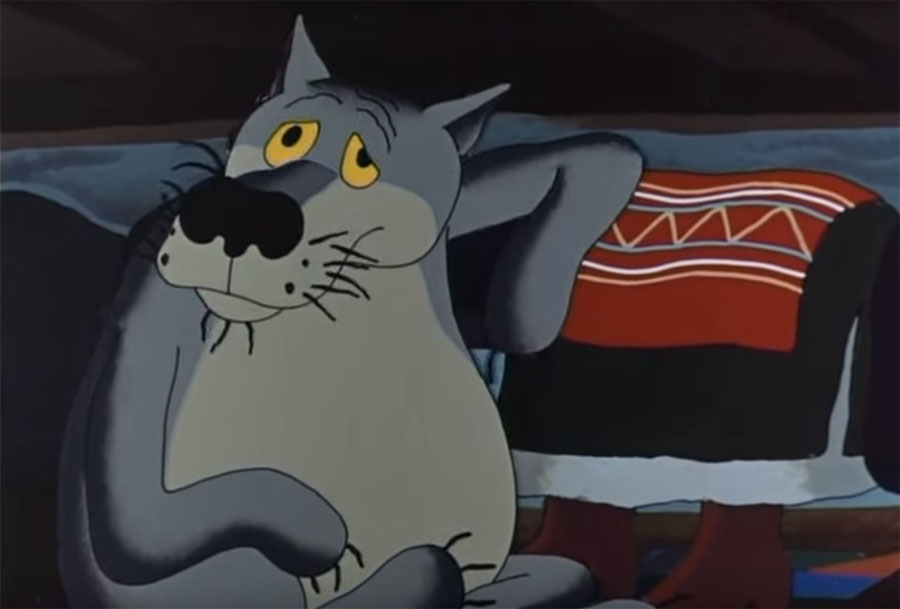 Little cartoon about friendship, reciprocity, duty, goodness. It’s amazing how in less than 10 minutes, the authors were able to invest so much! And all this is to tell interesting, beautiful, with humor.

Charming simplicity, drama and drawing and brilliant actors — that is, in the opinion of David Cherkassky, hidden secret of the success of Nazarov. “And Burkov, and Dzhigarkhanyan is just fantastic! Everything turned out very modestly, and modestly, but very cool! Edward Nazarov — simply a genius” — says the multiplier.

With the literary prototypes of his cartoon Nazarov met in a distant post-war childhood. The father of the future Director once brought her son’s little book, the title which the boy immediately found a “mistake”. “Oh, look, the cover letter is not written in “Languages” and not “tales of””, — he complained to his father. But the parent explained that the book is written in Ukrainian and therefore there is no error. One of those “Cuzco” about the dog Sirko and his friend wolf Nazarov recalled thirty years later, already as a young art Director at a national animation Studio “Soyuzmultfilm”. Then this children’s book once again fell into his hands, but already in Russian translation. 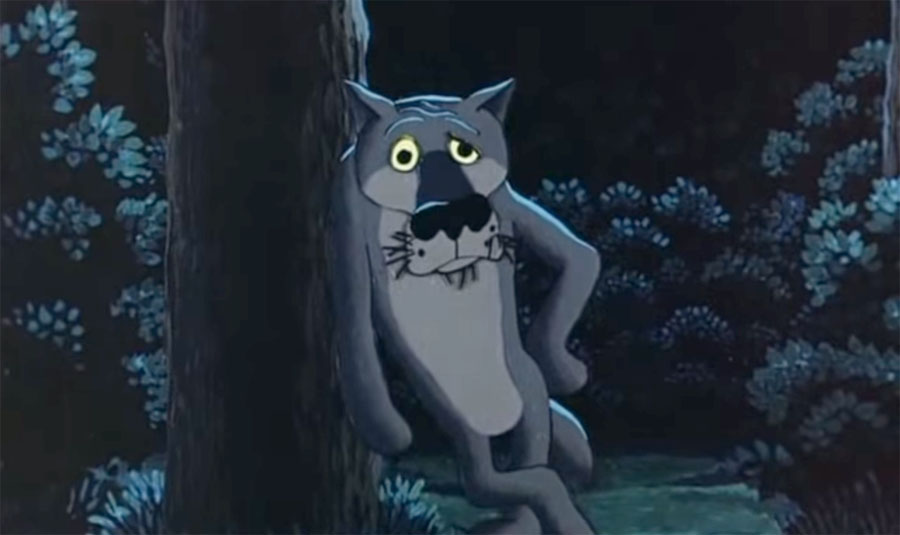 “At first glance, the tale is unremarkable. It is generally short, just a few lines, — said Nazarov. But there is only one expression was: “right now I sing!” And once I was hooked it. Got to thinking, what kind of life was the wolf, what the dog when they were young… and so gradually unfolded events”. 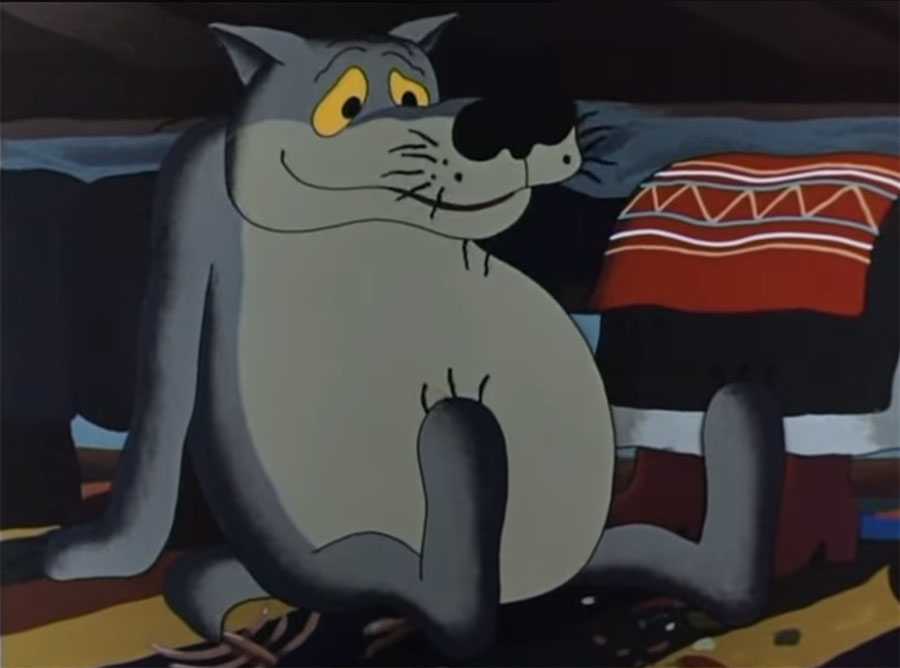 In the 1970s, animator regularly stayed in the town of Tsyurupinsk of Kherson region with his army friend and classmate Moscow Stroganov art-industrial school. The stories Nazarov, provincial town Tsyurupinsk actually looked like a big village where you can meet and white huts, thatched with reeds, and boys and girls singing in the evenings on the street folk songs, “just like in the old days”. “In General, something caught out — the mood, the flavor. It all had to shower and migrated to the film,” says Nazarov.

To construct the cartoon Ukrainian village Director helped and sketches made in the Kiev ethnographic open air Museum — the famous pies. Like Nazarov and Lviv ethnographic museums, where he made sketches of clothes, utensils, crockery and all sorts of little things. 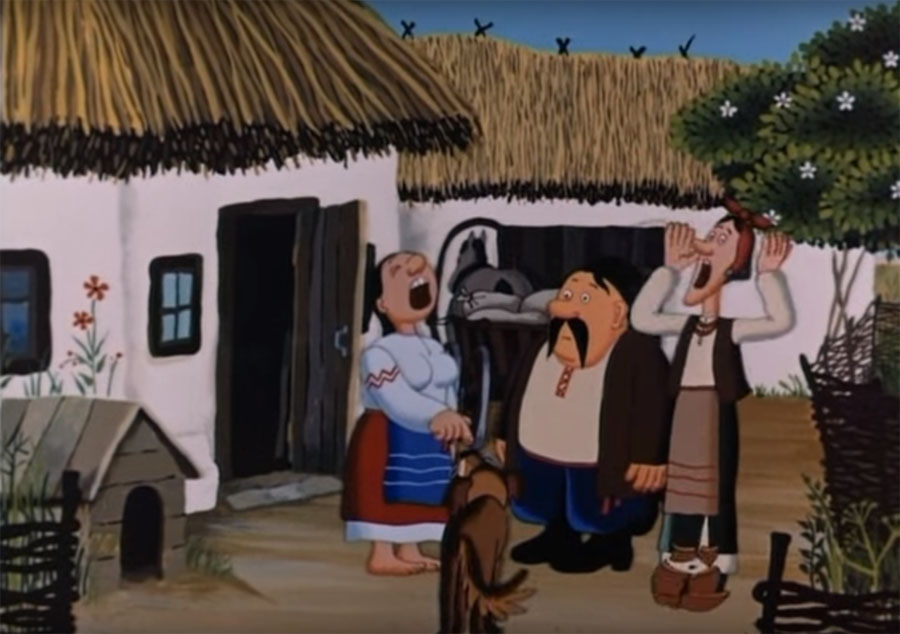 The real gem of the material was the music, which the author of the cartoon has got in 1980 at the Institute of folklore and Ethnography of the Academy of Sciences of the Ukrainian SSR. Staff gave Nazarov large tape reel with old songs recorded by ethnographers in Ukrainian villages.

Five of these folklore works, among which was “Oh there on the Hori” and “The old man Kosiv, Kosiv I” went into the film. The author of this soundtrack, famous creations Nazarov, was an Amateur ensemble “Drevo” of the Poltava village of Kryachkivka, established in 1958. 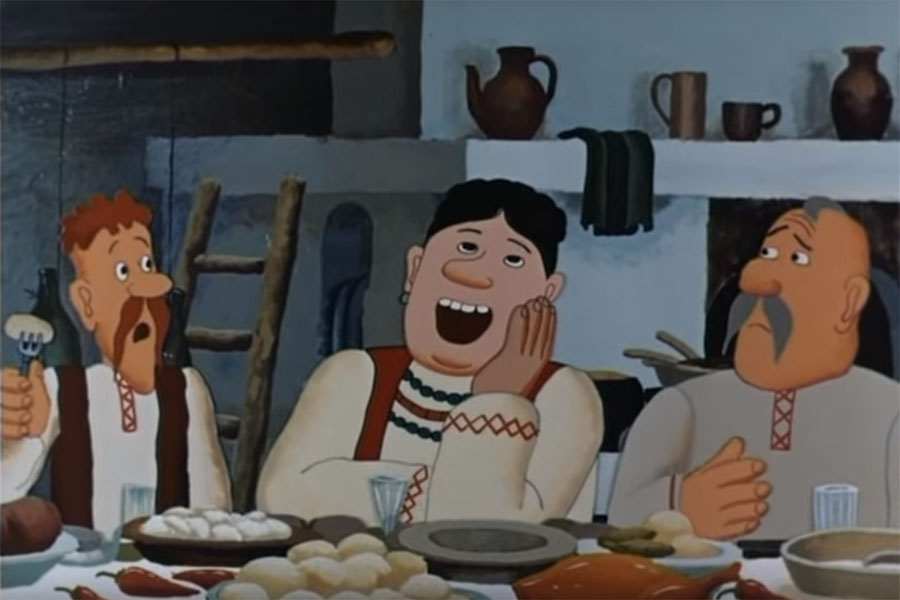 Travel in Ukraine has resulted in material Nazarov was typed on animated film of two parts, total duration 15 minutes.

But in the end the whole animation lasts only ten minutes. According to the Director, to roam the wolf and the dog gave the then head of the film Studio “Soyuzmultfilm” with which the multiplier were tensions. “I wanted to clearly tell the story, but in the end some things turned out patter, — says the Director. For example, the scene where the wolf with the dog sitting on the mountain and howl at the moon, I would like to make longer. In General, psychologically, many things could be lengthened.” However, the head of the Studio insisted that the cartoon came out short.

But thanks to this story Nazarov acquired the very brevity, which, according to Cherkasy, the audience so appreciate it. The back story of the characters that Nazarov was going to film due to time constraints resulted in a short but brilliant dialogue-the memory of the wolf and the dog: 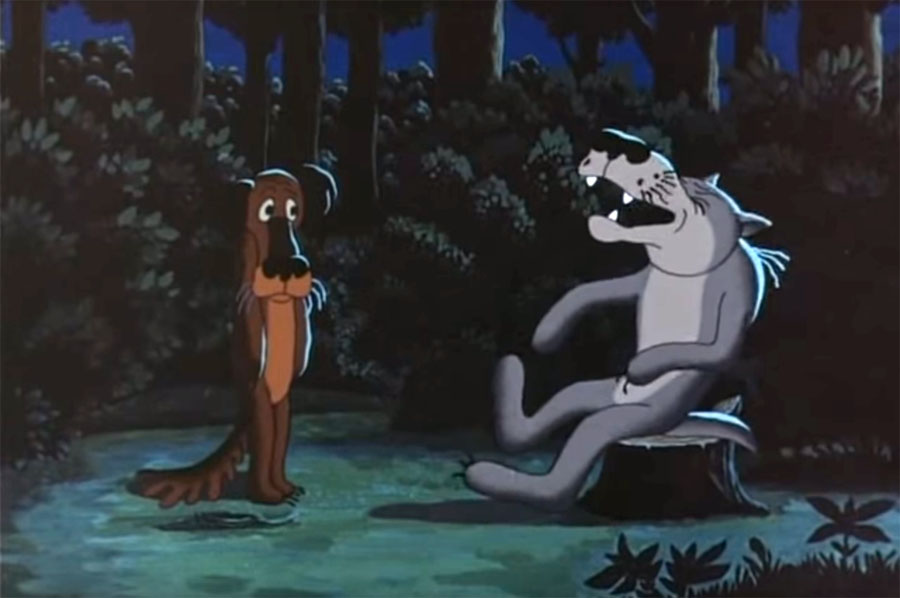 By the way, voiced the main characters of the stars of the Soviet screen actors Georgy Burkov (the dog) and Armen Dzhigarkhanyan (wolf) added the ribbon glory. And for Dzhigarkhanyan it was the debut in animation. Initially, the Director planned on the role of the wolf actor Mikhail Ulyanov, but the fact in the summer holidays was not in Moscow. And a young member of the Studio has a chance to appeal to a different size movie.

And although the Dzhigarkhanyan novice Director was looking for a special approach, he agreed immediately. However, Nazarov was afraid that, seeing laid out in the Studio drawings of a wolf, he will become angry and refuse to work — so great was the physical resemblance stooped figures of the artist and hero.

“The wolf humped, stooped Dzhigarkhanyan. And I was scared, suddenly he told me something slapped! — says Nazarov. — He’s looked and said, “what a normal wolf, will work””. 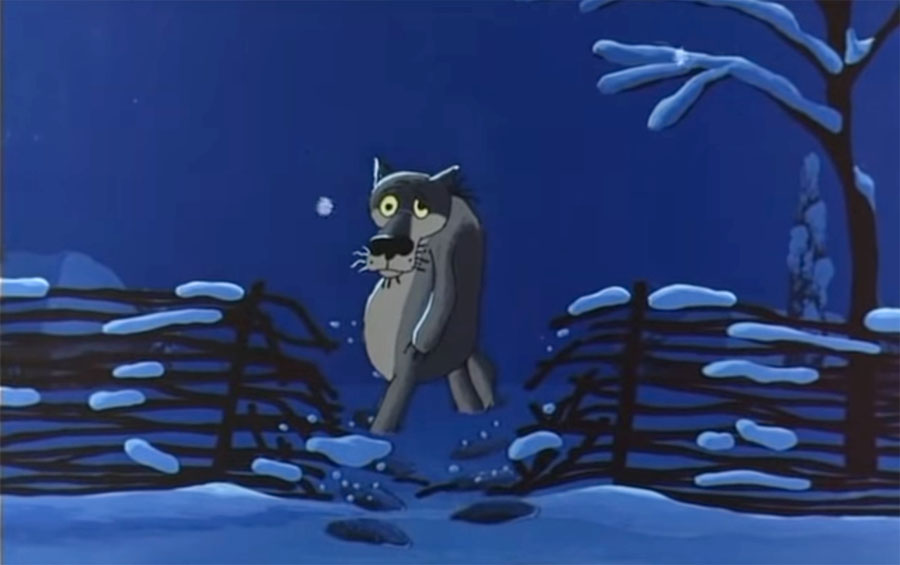 The history of the dog and the wolf was originally called “Dog’s life”, and the leadership of the Soviet state Committee for cinematography, tend to see the trick in each step of the artist, asked sternly: “what do you mean?!” Nazarov was forced to change the name that his work reached the audience and was not on the shelf.

In the end, Eduard Nazarov managed in an incredibly short time to give us a lot of positive emotions, make us laugh and cry, and over the life to reflect.