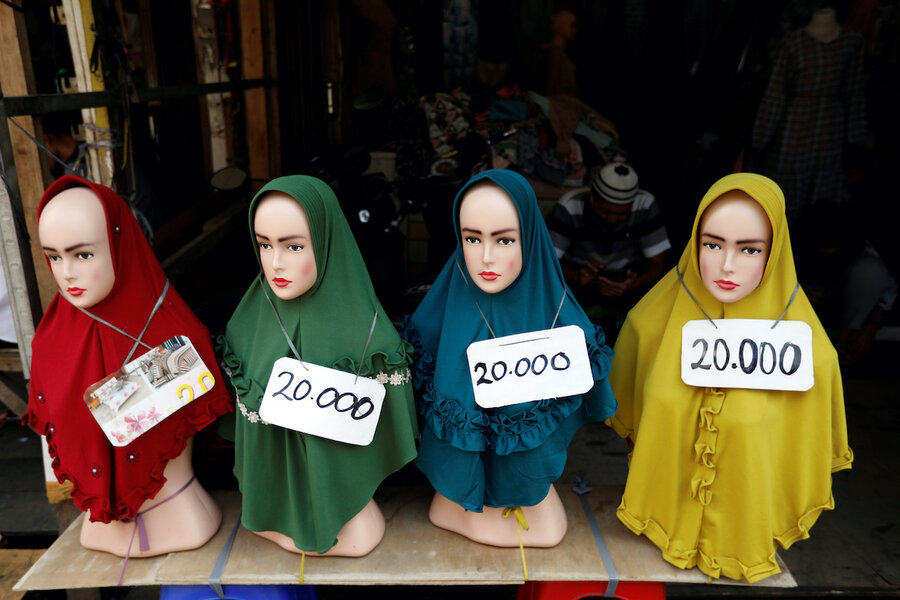 Every day before she starts her shift at a government hospital in Singapore, Farah removes her hijab – the Islamic veil she has worn since she was a teenager.

Although minority Muslim women can freely wear the hijab in most settings in Singapore, some professions bar the headscarf – and a recent case has triggered fresh debate on diversity and discrimination in the workplace.

Now Ms. Farah has joined a growing number of Muslims – who account for about 15% of Singapore’s 4 million resident population – calling for the ban to end, with an online petition gathering more than 50,000 signatures.

“They told me I can’t work here if I wear the tudung,” said Ms. Farah, using the local Malay term for hijab, as she recounts her job interview two years ago for a physiotherapist position.

“I felt a sense of helplessness, it’s unfair. Why has the tudung become a barrier for us to look for jobs?” asked Ms. Farah, who used a pseudonym for fear of reprisals at work.

She accepted the job eventually, but has to remove her headscarf whenever she is at work.

Farah’s case is not an oddity.

There was outcry last month when a woman was asked to remove her hijab to work as a promoter at a local department store.

Halimah Yacob, the country’s first female president who herself wears the hijab, said there is “no place” for discrimination when asked her view of the case.

The store reversed its policy, but many took to social media pointing out restrictions remain on wearing the hijab for some civil servants, including policewomen and nurses.

The debate surrounding the hijab is not new in Singapore, a modern city-state which takes pride in its multicultural and multiracial background. The country is predominantly ethnic Chinese, many of whom follow Buddhism or Christianity.

In 2013, then Muslim affairs minister Yaacob Ibrahim said wearing a hijab at the workplace would be “very problematic” for some professions that require a uniform.

The following year, Prime Minister Lee Hsien Loong said the hijab issue was about “what sort of society do we want to build in Singapore,” according to local media reports.

Singapore’s police force and the health ministry did not respond to repeated requests seeking comment.

Referring to the department store case, Singapore’s president said discrimination in the workplace was “disturbing” as it deprives a person from earning a living.

“People should be assessed solely on their merits and their ability to do a job and nothing else,” Ms. Halimah wrote on her Facebook page, which attracted more than 500 comments.

“During this COVID-19 period when concerns over jobs and livelihoods are greater, incidents of discrimination exacerbate anxieties and people feel threatened,” she added.

To wear or not to wear the hijab

The hijab has been a divisive issue for Muslims worldwide.

Many Muslim women cover their heads in public as a sign of modesty, although others see it as a sign of female oppression and in the Middle East women face jail for eschewing it.

In Indonesia’s conservative Aceh province, women without a headscarf have been censured. In Malaysia, Islamic authorities have probed a book about Muslim women who refuse to wear the hijab.

But women’s rights campaigners in Singapore say they want Muslim women to have freedom of choice.

Such restrictions have hindered women’s job prospects, especially when the coronavirus pandemic has pushed Singapore into recession and companies are laying off workers, they say.

“This issue in Singapore is only being faced by Muslim women, it’s a strong discriminatory policy against Muslim women,” she told the Thomson Reuters Foundation.

The hijab as a part of an identity

Others urge consistency, noting that the turban – headgear worn by Sikh men – is allowed at work in Singapore.

“Why the double standard?” asked Nur, a Muslim law student who signed the petition posted online in June. She requested not to use her full name to protect her privacy.

Ms. Nur said her mother and sister, who work as a nurse and in a private security company, respectively, are both banned from wearing a headscarf at work.

She called on officials to explain the restrictions, saying countries such as Britain or Australia have changed tack, with disposable hijabs for nurses to address any hygiene concerns.

“I accept that racial harmony is very fragile, but it’s not just acknowledging these differences exist and [living] with them. It’s much more than that,” said Ms. Nur, a co-founder of Lepak Conversations, an online group.

Ms. Filzah, of the Beyond the Hijab, group said the restrictions can make it more difficult for women to enter the workforce.

“Some women don’t feel comfortable removing a part of their identity just to be able to earn money,” she said.

“Having to put this very difficult choice on Muslim women is unfair and unjust.”