As a reporter continues to ask questions about the case the president says: “I’m going to leave for an emergency phone call. “I’ll be back, I’ll see you tomorrow. A big day!”

Ms Taylor, a black health worker, died on March 13 in Louisville after being shot several times as police entered her home.

On Wednesday it emerged none of the three police officers involved would be charged over the shooting.

However, Brett Hankison, was charged with wanton endangerment for allegedly firing into a neighbouring apartment.

The response infuriated campaigners who gathered in Louisville to protest the ruling. 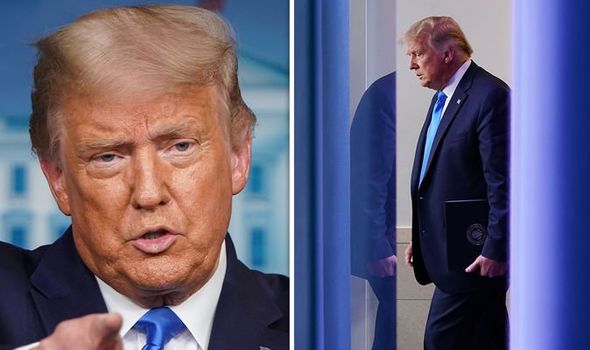 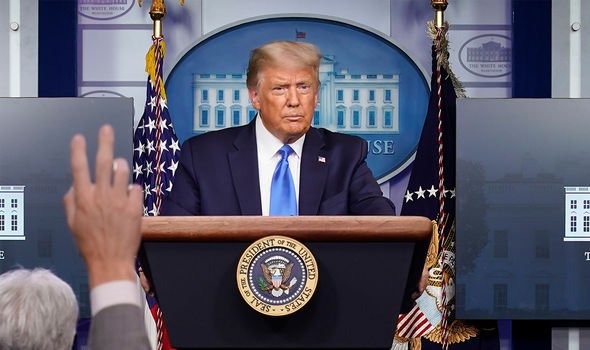 There were some clashes with police, with video showing bottles being thrown, and a number of arrests.

Video footage also showed members of a heavily armed militia in Louisville, some of whom were chanting “USA, USA”.

Earlier Mr Trump was asked what his message is to America’s “black community” following the Breonna Taylor ruling.

He replied: “My message is I love the black community. 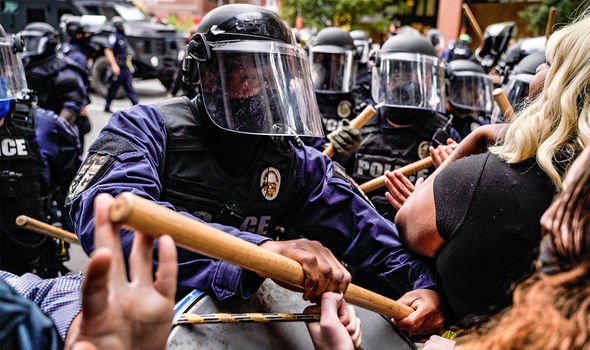 “I’ve done more for the Black community than any other president, I say with a possible exception of Abraham Lincoln.”

On Twitter a number of prominent figures expressed their outrage at the Breonna Taylor ruling.

Former NFL star Colin Kaepernick said: “The white supremacist institution of policing that stole Breonna Taylor’s life from us must be abolished for the safety and well being of our people.” 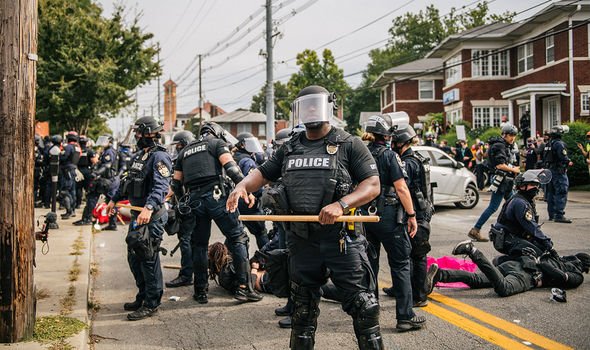 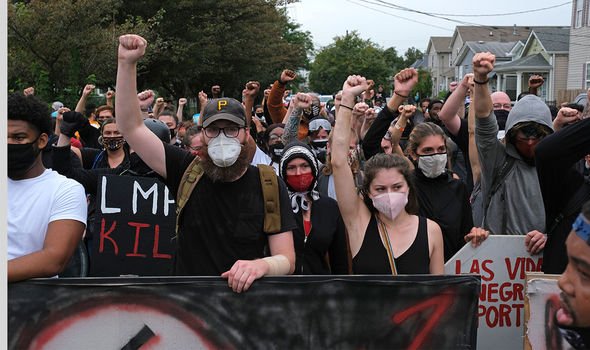 Earlier in his press conference Mr Trump was asked whether he would respect the outcome of November’s presidential election if Democrat Joe Biden emerges as the victor.

The president has previously suggested, without providing evidence, that Democrat activists are attempting to rig the election using mail-in ballots.

Addressing Mr Trump a reporter asked: “Will you commit to a peaceful transferal of power after the election?”

The president replied: “Well we’re going to have to see what happens.”

Earlier Mr Trump said he wanted his new Supreme Court nominee, replacing Justice Ruth Bader Ginsburg, to be in place ahead of the election in case of a disputed outcome.

He stated: “I think it’s better if you go before the election because I think this scam that the Democrats are pulling, it’s a scam, this scam will be before the United States Supreme Court.” 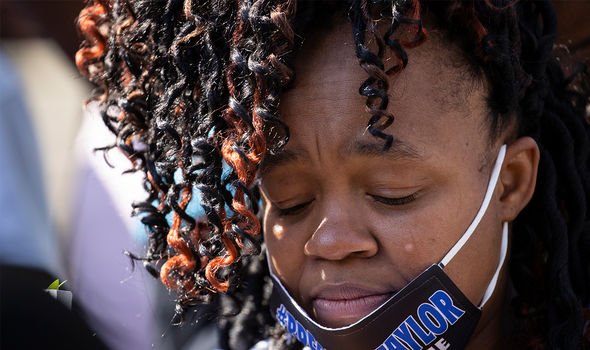 In the event of a contested presidential election the decision of the Supreme Court could prove decisive.

In 2000 it awarded the presidency to George W. Bush after ruling out a Florida recount which could have benefitted his Democratic rival Al Gore.

Justice Ginsburg, who died on September 18, was one of the leading liberal members of the US Supreme Court.