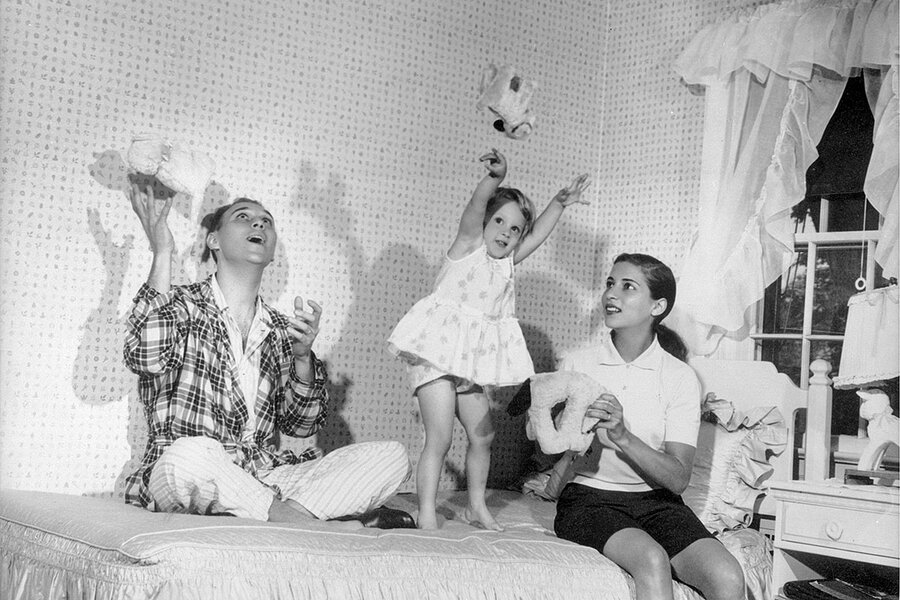 Ruth had a toddler at home and was laser-focused on law. Her husband, Marty, became gravely ill her second year. The couple’s friends rallied around them. Mom recalled visiting Marty in the hospital, something not lost on Ruth.

After law school, Mom worked for a time on Wall Street, then turned to academia. In 1971, when Ruth persuaded the U.S. Supreme Court to invalidate an Idaho law stating that men should be preferred above women to administer legal estates, Mom gave birth to me. She taught law and chaired the Commission on Women at the University of Michigan, charged with ensuring the equitable status of women there. She co-wrote a legal tome with Harry T. Edwards, later appointed by President Jimmy Carter to the U.S. Court of Appeals for the District of Columbia Circuit, where he joined Judge Ginsburg on the bench.

Mom rarely kept up even with her closest friends. It’s how many glass-
ceiling smashers of her generation operated: full steam ahead, no time for sentiment. She and Ruth kept in touch with knowing nods of solidarity over the years.

I never met Justice Ginsburg. I tagged along when my mom went to an event celebrating 50 years of women at Harvard Law School. I shadowed her as she chatted with former U.S. Attorney General Janet Reno and waved to Justice Ginsburg from afar. Women on panels told how there had been only one bathroom for women on the whole campus.

When “RBG,” the documentary about Justice Ginsburg, came out in 2018, Mom and I watched the trailer on a tablet in her room at a care facility. She wouldn’t be with us much longer.

“Was it hard to be one of few women at Harvard?” I asked her then.

This summer, in a Slate interview about the 10 other women in her Harvard Law class, Justice Ginsburg singled out Jinnie as her closest classmate. I was so moved that I wrote a letter thanking her for remembering my mom so fondly. I also said how I’d struggled to sum up Mom’s extraordinary life in an obituary.

Justice Ginsburg graciously wrote me back in August. Her kind words did what I could not, reflecting the same brevity and brilliance of her legal opinions.

“Dear Kendra,” she wrote. “Your mother was the only other woman in my [first-year] section. We were good friends in law school, and remained occasionally in touch in the ensuing years. She cared about the right things and was brave as can be.”

I never experienced sitting next to Justice Ginsburg in a lecture hall full of men. But as I read that, it was as though I could feel her hand on my shoulder.