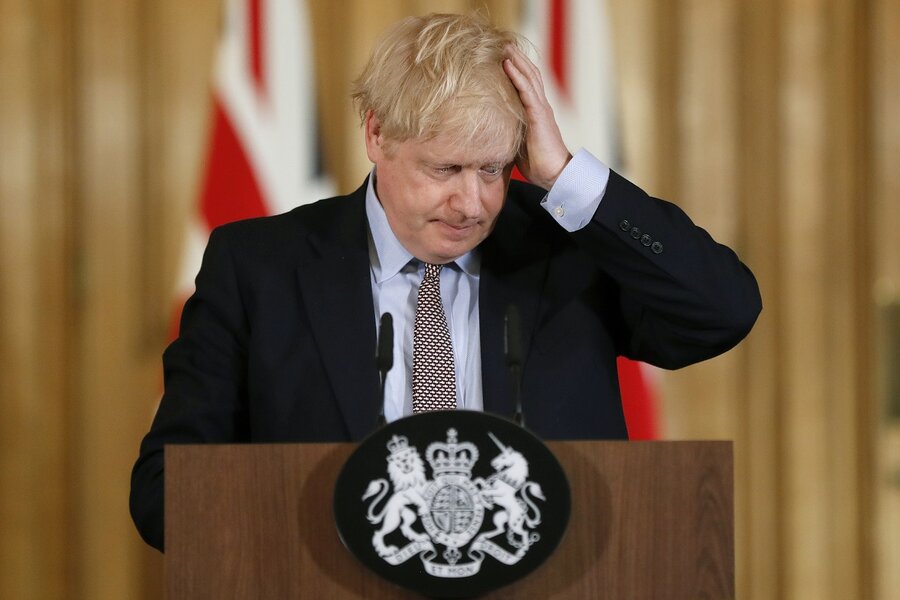 Britain bungled its response to the coronavirus the first time around. Now many scientists fear it’s about to do it again.

The virus is on the rise once more in the United Kingdom, which has recorded almost 42,000 COVID-19 deaths, with confirmed infections at their highest level since May. The surge has brought new restrictions on daily life, the prospect of a grim winter of mounting deaths – and a feeling of déjà vu.

“We didn’t react quick enough in March,” epidemiologist John Edmunds, a member of the government’s scientific advisory committee, told the BBC. “I think we haven’t learnt from our mistake back then and we’re, unfortunately, about to repeat it.”

The U.K. is not alone in seeing a second wave of COVID-19 infections. European countries including France, Spain, and the Netherlands are struggling to suppress rising outbreaks while limiting the economic damage.

But Britain’s pandemic response has revealed a roster of weaknesses, including unwieldy government structures, a fraying public health system, poor communication by Prime Minister Boris Johnson’s government, and a reluctance to learn from other countries.

“We have to ask why a country with such reputed health and intelligence institutions has been so incapable of combating the COVID pandemic,” Gus O’Donnell, the former head of Britain’s civil service, said Thursday.

He said British politicians had “over-promised and under-delivered.”

Like many other countries, apart from Asian nations hit by past outbreaks of the SARS and MERS coronavirus illnesses, Britain was unprepared for the pandemic.

Britain quickly approved a test for COVID-19, but lacked the lab capacity to process those tests. That meant attempts to locate, test, and isolate the contacts of every infected person soon foundered.

By the time the government ordered a nationwide lockdown on March 23, the virus was out of control. Supplies of protective equipment to hospitals and nursing homes soon ran dangerously short.

Luca Richeldi, an adviser to the Italian government on COVID-19, told a committee of British lawmakers this week that he was “shocked” at the slow U.K. response while Italy was “living a collective tragedy.”

“I had the impression that in general what was happening in Italy was not really perceived as something that could happen in the U.K.,” he said.

Critics say the government’s insistence on going its own way – epitomized and exacerbated by the U.K.’s departure from the European Union in January – has hobbled its response.

The U.K. spent months trying to develop a contact-tracing smartphone app from scratch before abandoning it and adopting an Apple- and Google-developed system already used in many other countries. The app was launched in England on Thursday – four months late.

There were some successes. Britain’s state-funded health-care system coped; its hospitals weren’t overwhelmed. But that was achieved at the high cost of postponing routine surgeries, appointments, and screening for cancer and other diseases.

Like some other countries, the U.K. released elderly patients from hospitals back to nursing homes without testing them for the virus. Thousands died as a result.

Summer brought a respite as the tide of cases receded. It also brought a push to revive the battered economy. Mr. Johnson’s Conservative government urged workers to return to offices to prevent city centers becoming ghost towns and tempted people back to restaurants with discounts. It worked economically, but it may also have helped the virus to return.

Given Mr. Johnson’s back-to-normal boosterism, there was inevitable confusion when he reversed course this week and announced that people should continue to work from home after all. That came alongside new restrictions including a 10 p.m. curfew in bars and restaurants and expanded face-mask requirements.

Critics say the government was slow to advise the wide use of face masks, just as it was slow to require quarantines for people arriving from abroad.

But the key failing, many believe, is in the coronavirus testing system.

Britain has rapidly expanded testing capacity, to some 250,000 a day, and set up a test-and-trace system with thousands of staff.

But when millions of U.K. children went back to school this month – and some came home with coughs and fevers – demand for tests surged to around 1 million a day. Many people found they could not book a test, or were sent hundreds of miles away.

“I don’t think anybody was expecting to see the real sizable increase in demand that we’ve seen over the last few weeks,” Dido Harding, who heads the program, told lawmakers this week – although many scientists and officials had predicted exactly that.

Headed by Ms. Harding, a former telecoms executive married to a Conservative lawmaker, the test-and-trace program is largely run by private companies including outsourcing firm Serco, using a call-center model to reach contacts, and tell them to self-isolate. The system has failed to reach about a quarter of identified contacts, and it’s unclear what percentage of those asked to self-isolate actually comply.

“The whole thing is hopelessly inefficient,” said Martin McKee, professor of European public health at the London School of Hygiene and Tropical Medicine, who said good contact tracing is like detective work.

“It’s as if we decided to put [fictional detectives] Miss Marple or Father Brown in a hotel room with a single telephone line and told them to solve the murder,” he told The Associated Press.

Some of Britain’s troubles aren’t unique. Dutch local health authorities are struggling to keep up with demand for contact tracing, and in some hard-hit regions infected people are being asked to inform their own contacts. In Madrid, site of one of Europe’s fastest-growing outbreaks, it can take more than a week to get test results. In France, confirmed new cases have topped 13,000 a day and the virus is resurgent in nursing homes.

An apparent exception is Italy, the first Western country hammered by the virus, where a strict 10-week lockdown largely tamed the outbreak. Even now, Italians’ compliance with mask-wearing and social distancing is strong, and cases average around 1,500 a day.
In Britain, where more than 6,000 cases were recorded Wednesday, criticism of Mr. Johnson’s leadership is growing.

Mr. Johnson is all too aware of the danger of the coronavirus – it put him in intensive care in April. But he is an instinctively laissez-faire politician who likes broad brushstrokes, simple slogans, and optimistic messages.

In March, Mr. Johnson said Britain could “send the virus packing” in 12 weeks. Earlier this month, he said he hoped things would be back to normal by Christmas. This week he acknowledged that new restrictions will be in place for six months.

He said he was “deeply, spiritually reluctant to make any of these impositions” – but many scientists believe stronger measures will inevitably be needed, especially if the test-and-trace system doesn’t improve.

Meanwhile, polls suggest support for the government’s handling of the crisis is falling, and authorities worry compliance is fraying.
Unease is growing among formerly loyal allies of the prime minister.

The Spectator, a conservative newsmagazine that Mr. Johnson used to edit, summarized the past six months as “disorder, debacle, rebellion, U-turn, and confusion.”

“Where’s Boris?” the magazine asked on its cover.