A police operation is ongoing in the northeastern district of Paris near the former offices of Charlie Hebdo. Local authorities have urged the public to avoid the area. Paris deputy mayor Emmanuel Gregoire also said on Twitter that police were looking for a “potentially dangerous” individual.

A source said two suspects were on the run and that a security cordon had been set up because of a suspect package.

A blade was found at the scene, two police sources said. One described it as a machete, the other called it a meat cleaver.

The attack comes three weeks after 14 people with suspected links to homegrown Islamist militants who attacked the Charlie Hebdo offices in January 2015, killing 12 people, went on trial in Paris. 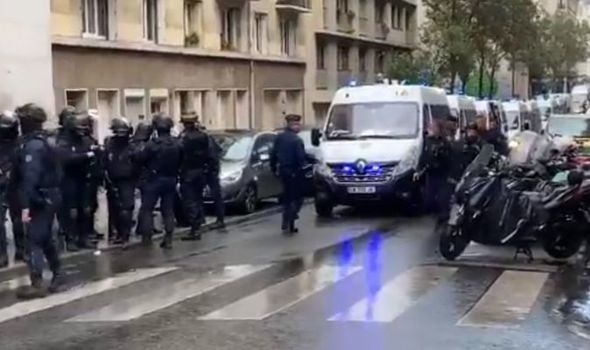 The court heard that they had sought to avenge the Prophet Mohammad, nearly a decade after the weekly published cartoons mocking him.

French media BFM TV and Le Figaro said earlier the suspect had been arrested on the steps of the Paris Bastille opera house.

Schoolchildren were being kept inside in area around the attack, a city hall official said.