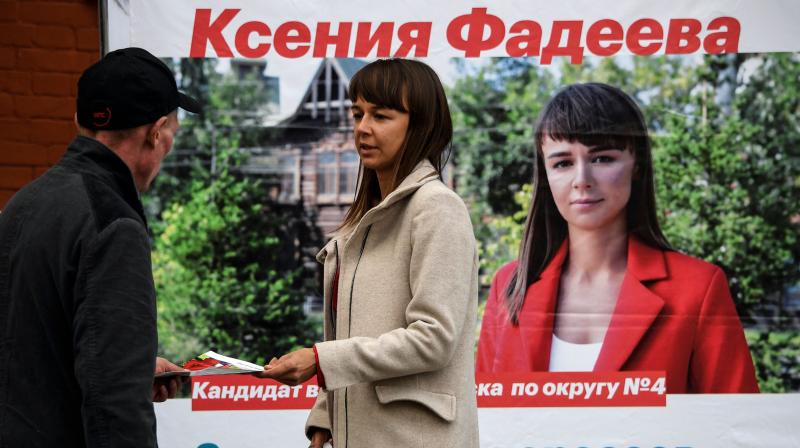 Andrei Fateyev and Ksenia Fadeyeva came out on top in two constituencies, while the ruling United Russia party topped the polls overall in Tomsk with 24.46 percent of the vote, according to early results published by regional election officials.

But the vote for the pro-Kremlin party was sharply lower in the Siberian city, which has a population of some 500,000, than in the previous poll in 2015 in which United Russia won with 52.27 percent of the ballot.

Navalny, a 44-year-old lawyer and Kremlin critic had been in Siberia to promote his "smart voting" campaign when he was poisoned with what Germany says was a Novichok nerve agent last month.

His associates believe the use of the banned chemical weapon shows that only the Russian state could be responsible.

"I think everyone will understand that it was a question of principle to win in Tomsk after what happened there," Fadeyeva wrote on Twitter.

In several dozen of the country's 85 regions, Russians voted between Friday and Sunday for regional governors and lawmakers in regional and city legislatures as well as in several by-elections for national MPs.