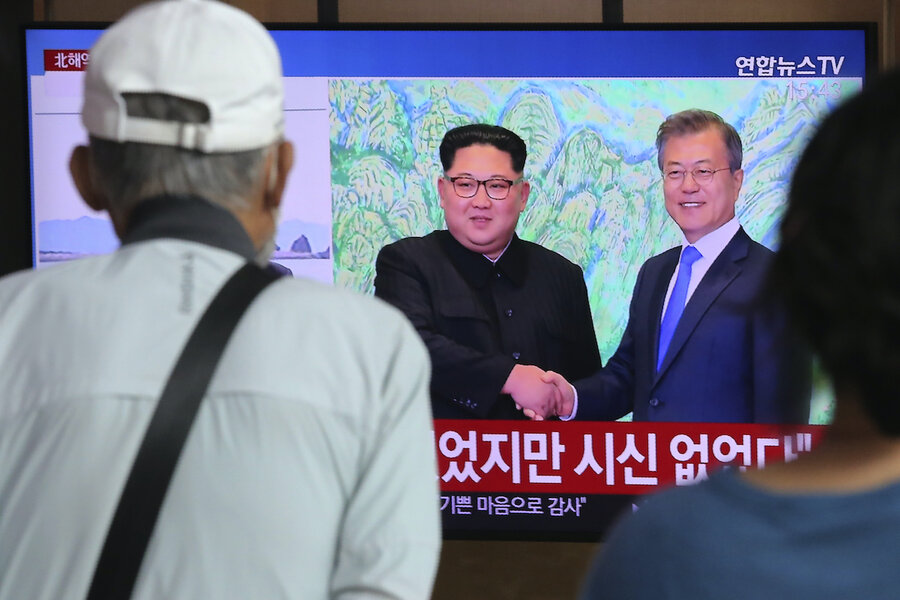 It’s extremely unusual for a North Korean leader to apologize to South Korea on any issue. Mr. Kim’s move will likely de-escalate tensions between the Koreas as it’s expected to ease anti-North sentiments in South Korea as well as mounting criticism of its liberal President Moon Jae-in.

South Korea earlier accused North Korea of fatally shooting one of its public servants who was likely trying to defect and burning his body after finding him on a floating object in North Korean waters on Tuesday. South Korean officials condemned what they called an “atrocious act” and pressed North Korea to punish those responsible.

The troops determined he was dead and burned the floating object in line with anti-coronavirus rules, according to the North Korean message read by Mr. Suh.

Defense Minister Suh Wook said at the same meeting that the official was believed to have tried to defect because he left his shoes on the ship, put on a life jacket, and boarded a floating object. Mr. Suh also cited circumstantial evidence indicating the defection attempt. Some experts say there wasn’t enough proof to conclude he tried to cross over to North Korea.

Mr. Kim’s message said North Korea “cannot not help expressing big regrets” over the fact South Korea had used “blasphemous and confrontational words like ‘atrocious act’” to condemn the North before asking it to explain details of the incident. But it said North Korea is still sorry about such an incident happening on its territory and will take steps to prevent trust between the countries from collapsing.

The presidential Blue House said Friday that Mr. Moon and Mr. Kim had recently exchanged letters before the latest incident. In his letter, Mr. Kim expressed worries about coronavirus outbreaks and typhoon damage in South Korea and wished Mr. Moon a good health.

North Korea has previously expressed “regrets” when it wanted to lower tensions triggered by incidents involving South Korean casualties, such as the 2015 front-line mine blasts that maimed two South Korean soldiers and the 2008 shooting death of a South Korean tourist in North Korea. But it’s rare for a North Korean leader to do so.

Before Mr. Kim’s apology, Mr. Moon’s government faced withering criticism by conservatives following its admission that officials already had acquired intelligence indicating the official’s death right after it happened. Conservatives lambasted the government for allegedly deliberately withholding the information so as not to spoil the atmosphere ahead of Mr. Moon’s speech at the virtual U.N. General Assembly on Wednesday, during which he repeated his calls for declaring an end of the Korean War in a bid to build a lasting peace on the Korean Peninsula.

The Blue House said Mr. Moon’s speech has nothing to do with the incident because it had been prerecorded and conveyed to the U.N. days before the man disappeared from a government ship on Monday. Mr. Suh, the defense minister, said authorities also needed time to analyze intelligence before formally holding North Korea responsible.

Since taking office in 2017, Mr. Moon has been pushing hard for warmer ties with North Korea and a negotiated settlement of the North’s nuclear crisis. His engagement policy once helped produce a flurry of rare exchange programs with North Korea, but they were nearly stalled amid a deadlock in broader nuclear diplomacy between Pyongyang and Washington.

Little is known about the slain official, except that he was a father of two who left behind some debts, according to authorities. Maritime police said Friday they were checking the man’s cellphone records, bank accounts, and insurance programs.

The coast guard says it was searching waters near the boundary in case the official’s body drifts back. The western sea boundary is where several bloody inter-Korean naval skirmishes and deadly attacks blamed on North Korea occurred in past years.