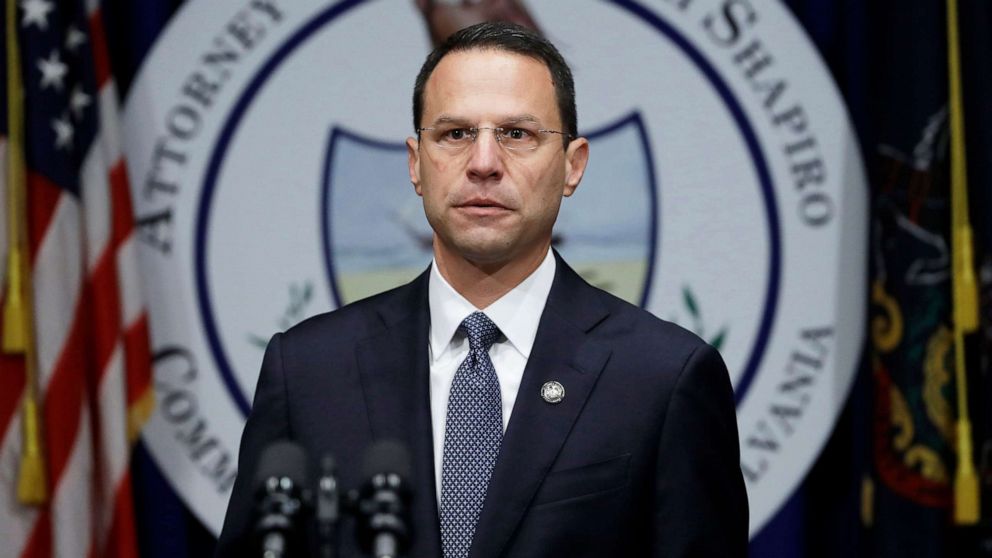 Pennsylvania Attorney General Josh Shapiro charged 20 inmates and accomplices across three state prisons where inmates allegedly gathered personal information from other inmates and distributed them to people on the outside who applied for fraudulent relief funds in their names, officials said Wednesday.

He said the arrests were linked to at least two existing rings of inmates who were charged in similar coronavirus-related fraud cases.

“After announcing our first round of arrests in these COVID unemployment scams, I promised that there were more to come,” he said. “Today, 20 more individuals have been charged with illegally taking benefits away from hardworking Pennsylvanians who are struggling during this crisis,” Shapiro said in a statement.

He noted the possibility of additional charges, saying: “These arrests are not the end of our investigation, and I’ll continue working with my colleagues at the federal level to track down those heading these schemes, along with those who are willfully participating and breaking the law.”

Moore, a resident of State College, Pennsylvania, and Zonge were accused of helping start the ring. Officials said Moore successfully applied for COVID-19 unemployment benefits on Zonge’s behalf and began doing the same for others. Zonge allegedly received about $3,000 from the inmates for his help in filing the claims.

In total, the SCI Benner ring obtained $153,470 in fraudulent COVID-19 unemployment payments, according to the attorney’s general office.

The other ring, operated out of State Correctional Institution Mahanoy, was allegedly headed by Wendy Danfora, of York, Pennsylvania, and her inmate boyfriend, Markal Munford, who allegedly gathered personal information from inmates to apply for COVID-19 unemployment benefits in their names.

As part of the scheme, Danfora gave a portion of the fraudulent benefits to the inmates, but kept the majority of the $109,900 in benefits for herself, according to the office.

Munford allegedly gave Danfora names, dates of birth, and social security numbers for other inmates through prison communications starting at the end of May. Prison records show they frequently discussed the scheme during their telephone calls.

Danfora kept the funds to spend on herself and her three children. Together, Danfora and Munford are responsible for at least 13 fraudulent filings, which amount to $78,994.

Individuals are only eligible for COVID-19 unemployment assistance if they are both unemployed for reasons related to the COVID-19 pandemic and available to work. Inmates are ineligible for unemployment benefits while behind bars.