President Trump and Joe Biden will meet on the field of battle today amid their first 2020 election debate. The candidates will take part in a moderated debate from Ohio this evening, the first of three before November. With one month to curate support, people may think each candidate has enough time to ample time to recover from any mishaps, but today’s clash could spell the end for one of them.

Will the first debate decide the US election result?

Today’s debate starts at 8pm ET in the US, roughly 2am for those of us across the pond.

The event is one of the most anticipated of the year with millions of potential viewers, making it a vital opportunity for each candidate to sway public opinion in their favour.

But it also poses a risk, especially for Mr Biden. 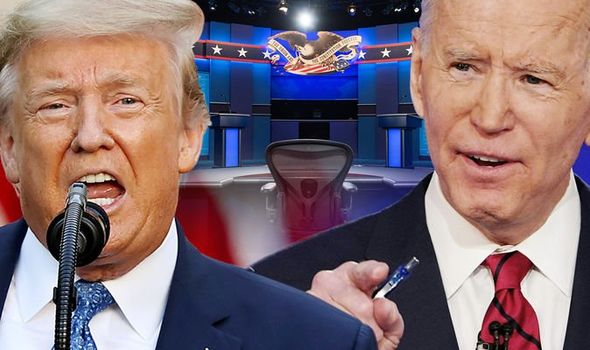 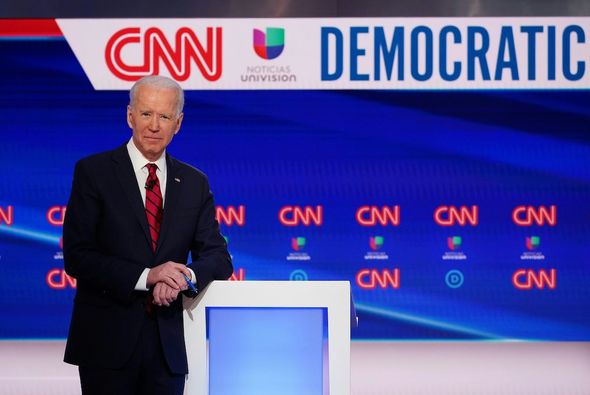 Republicans have spent the last year framing the Democrat as “low-energy” due to his apparent lack of focus on the debate stage.

His “sleepiness” as they put it, was most apparent during the Democrat primary debates and has remained a focus of Mr Trump since then.

Any missteps or failure to show some energy would give Mr Trump a month’s worth of content to turn voters against him.

Mike Murphy, co-director of the University of Southern California’s Center for the Political Future confirmed today’s debate might end up a flashpoint for Mr Biden. 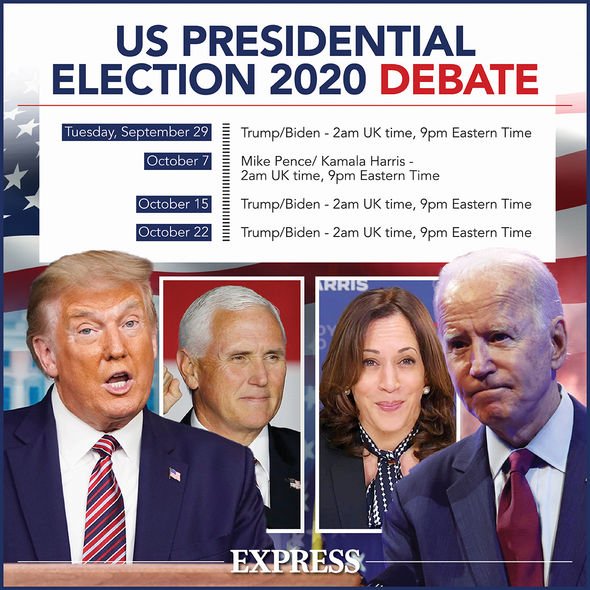 He told the Los Angeles Times: “For Biden to break through and show he’s sharp and on top of it, that’s an opportunity but also a risk.

“If Biden has a bad debate, Trump has a whole month to exploit it.”

Although the debate could damage Mr Biden’s image, debates rarely dictate the flow of the vote unless polls indicate a close race.

Currently, most have shown the race is anything but, as Mr Biden leads by a significant margin. 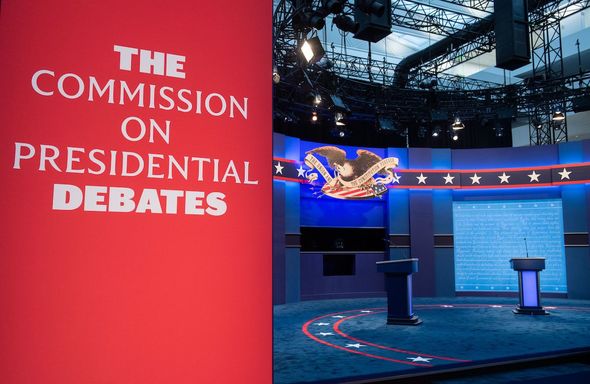 Poll aggregators FiveThirtyEight have given him a more than seven-point lead over the incumbent.

The margin has remained stable for most of the year, and Mr Trump has never overtaken his rival.

The closest he came to doing so was in mid-April when his support reached 44.1 percent, a shade behind Mr Biden on 47.5 percent.

Callum Wilson of bookmakers Oddschecker said: “In a market that punters cannot get enough of, it appears that the Trump train may be starting to derail.

“Trump enjoyed a resurgence in the market over the last few months, enjoying the majority of bets.

“However, hitting the headlines over tax payments is never ideal PR, and punters have returned to Biden again – for the short term at least.”