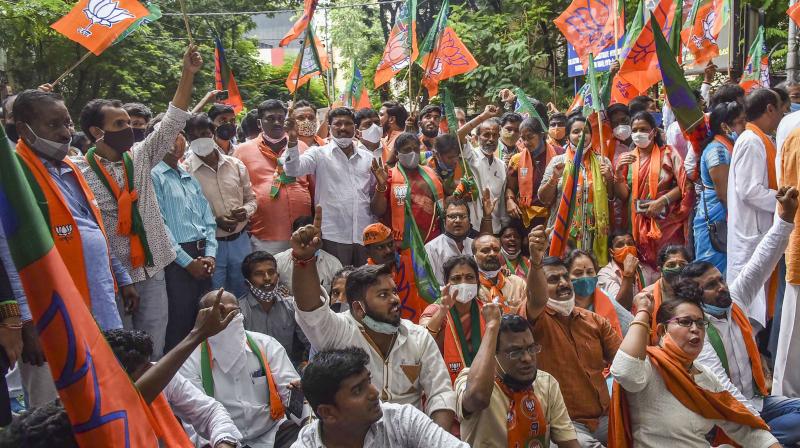 BJP MLC N Ramachander Rao on Wednesday demanded the state government to release a white paper on the total amount spent for development of Hyderabad city during the last four years.

Addressing a press conference, he said that Municipal Administration Minister KTR has recently said that the government has already spent Rs 65,000 crore for development under the GHMC limits particularly for Hyderabad city.

He pointed out but the citizens of the city have been experiencing innumerable problems including bad roads and open nalas causing
inconvenience to the general public.

Ramachander Rao said the recent rains have claimed two lives just a day after the minister’s claim of spending Rs 65,000 crore which has exposed the beatification works of the capital city.

He accused TRS leaders of making false promises just before the GHMC elections and won the confidence of gullible voters.

He said the TRS government had promised to allot two-bedroom houses to all houseless poor people but it has constructed not more than 10,000 houses during the last four years in the city whereas lakhs of people have no houses.

Expressing confidence that BJP would win majority of GHMC seat in coming elections, Ramachander Rao appealed to people to support BJP and free the Hyderabad city from the clutches of the TRS and MIM.