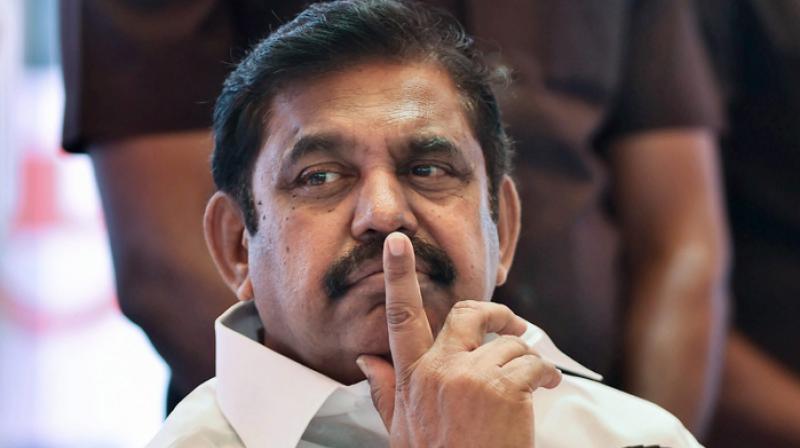 Speaking at the video conference meeting with the Prime Minister, Palaniswami also sought an ad-hoc grant of Rs 1000 crore from the NDRF immediately to fight the pandemic and release of pending Custom Milled Rice (CMR) subsidy of Rs 1,321 crore to facilitate paddy procurement now.

‘We have fully exhausted the State Disaster Response and Mitigation Fund,’ the chief minister said, adding that the State had received Rs 511.64 crore from the Centre in two tranches under the Emergency Response and Health Systems Preparedness package.

Thanking the Prime Minister for enacting the ‘pro-farmers legislations,’ he said they would go a long way in bringing stability to the agriculture sector.

On managing the Coronavirus crisis, he said, ‘I have so far personally visited and reviewed the performance in 26 districts which has proved very effective in controlling the pandemic.’ Agriculture activities, food processing and other industries were almost back to full operation throughout the State, he said.

The State had been using only RT PCR test since the beginning, he said, adding, ‘These tests cost nearly Rs 6.8 crore a day. I request the Government of India to fund 50% at least  of the cost of the PCR tests from the PM–CARES fund as the State is facing financial difficulties for incurring such expenses  continuously.’

Listing out the various measures taken by the government to combat the pandemic, he said deaths due to Covid-19 had been reduced from an average of 100 per day to around 7 and added that 2,751 doctors, 6,893 staff nurses, 1058 lab technicians, 334 health inspectors, 2,751 multipurpose health workers and 2,000 paramedical workers had been additionally drafted.

‘I have announced a special incentive package including capital subsidy, interest subvention etc. to promote manufacturing of COVID-19 related medical equipment and drugs in Tamil Nadu. At present, 50 such companies have started their production. A high level committee headed by Dr C.Rangarajan, former RBI Governor, has submitted its ecommendations on the economic revival measures in the State and suitable action will be taken on it,’ he said.