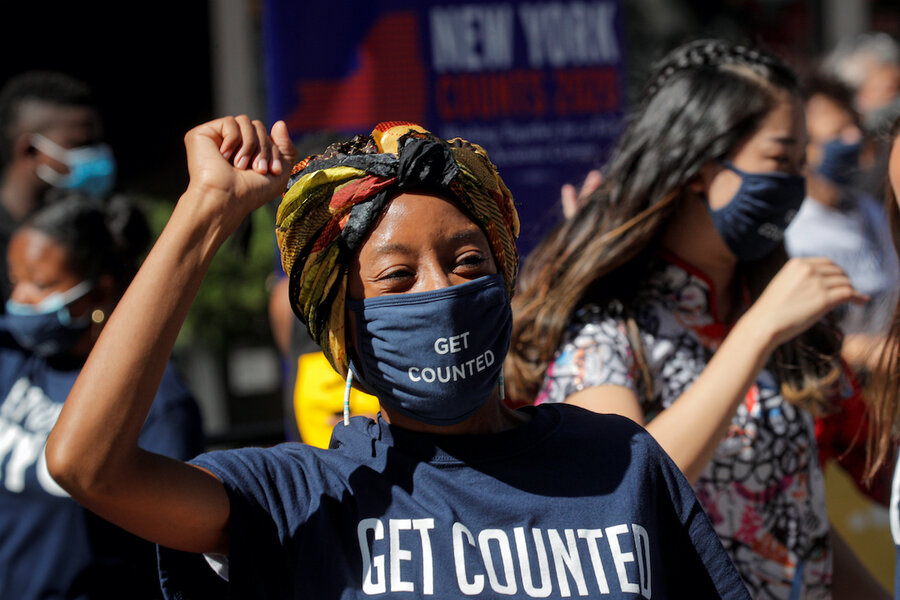 A federal judge has stopped the 2020 census from finishing at the end of September and ordered the once-a-decade head count of every United States resident to continue for another month through the end of October, saying a shortened schedule likely would produce inaccurate results.

U.S. District Judge Lucy Koh in California made her ruling late Thursday, two days after hearing arguments from attorneys for the Census Bureau, and attorneys for civil rights groups and local governments that had sued the statistical agency in an effort to halt the 2020 census from stopping at the end of the month.

Attorneys for the civil rights groups and local governments said the shortened schedule would undercount residents in minority and hard-to-count communities.

Judge Koh said inaccuracies produced from a shortened schedule would affect the distribution of federal funding and political representation. The census is used to determine how $1.5 trillion in federal spending is distributed each year and how many congressional seats each state gets.

Before the coronavirus pandemic hit in March, around the same time the census started for most U.S. residents, the bureau had planned to complete the 2020 census by the end of July. In response to the pandemic, it extended the deadline to the end of October. That changed to the end of September after the Republican-controlled Senate failed to take up a request from the Census Bureau to extend the Dec. 31 deadline for turning over the numbers used for deciding how many congressional seats each state gets.

Attorneys for the Census Bureau had argued that the census must finish by the end of September to meet the Dec. 31 deadline.

Judge Koh’s preliminary injunction suspends that end-of-the-year deadline, too. The San Jose, California-based judge had previously issued a temporary restraining order prohibiting the Census Bureau from winding down field operations until she made a ruling in the lawsuit.

Attorneys for the Census Bureau and the Department of Commerce, which oversees the agency, had said during the hearing they would likely appeal if the ruling went against their position. The Commerce Department didn’t immediately respond to an email inquiry early Friday.

The civil rights groups and local governments alleged that the decision to shorten the schedule was made to accommodate a directive from President Donald Trump. Mr. Trump’s order tried to exclude people in the country illegally from the numbers used for deciding how many congressional seats each state gets in a process known as apportionment. A three-judge panel in New York blocked Mr. Trump’s directive earlier this month, saying it was unlawful. The Trump administration is appealing to the Supreme Court.

“The court’s decision ensures that our underrepresented and most vulnerable communities will not be disadvantaged by an unfair and incomplete census count,” said Kristen Clarke, president and executive director of the Lawyers’ Committee for Civil Rights Under Law, which represented some of the plaintiffs. “The court’s decision repudiates the 11th hour actions of the Trump administration and makes clear that our democracy turns on achieving a full and fair count of all people across our nation.”