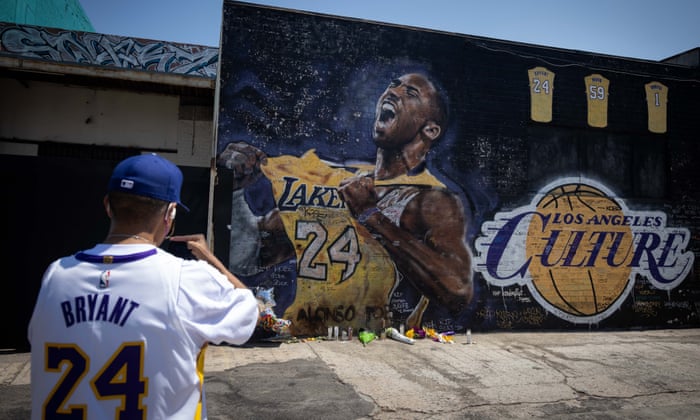 California will make it illegal for first responders to take unauthorized photos of deceased people at the scene of an accident or crime, a law inspired by the death of the basketball star Kobe Bryant.

On Monday, the state’s governor, Gavin Newsom, approved the legislation, which will take effect in January. The bill was authored after reports emerged that some Los Angeles county sheriff’s department deputies had snapped photos of the site in Calabasas where Bryant and seven others died in a helicopter crash, and shared the images.

His widow, Vanessa Bryant, sued the sheriff’s department earlier this month, claiming invasion of privacy, negligence and intentional infliction of emotional distress over the alleged sharing of photos of the site where her husband and daughter, 13, died.

Eight deputies were accused of taking or sharing graphic photos of the scene, said Alex Villanueva, the Los Angeles county sheriff, adding that he had ordered the images deleted. He said the department had a policy against taking and sharing crime scene photos, but it did not apply to accident scenes.

The measure will take effect on 1 January and will make it a misdemeanor with fines up to $1,000 per offense to take such photos for anything other than an official law enforcement purpose.

The bill was authored by the assembly member Mike Gipson, who tweeted on Monday: “Proud to report that my bill, The Kobe Bryant Act of 2020, was signed today by Gavin Newsom. AB2655 will prohibit first responders from taking photos of the deceased outside of job duties.”

Kobe Bryant, 41 at his death, played 20 seasons for the Los Angeles Lakers. He was elected to the Basketball Hall of Fame posthumously.

I learnt from Ricky Ponting how to make teammates feel important: Rohit