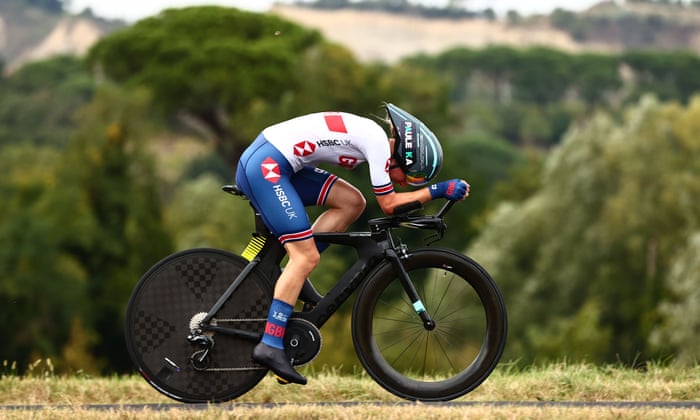 As she prepares to return to the road world championships and a possible leader’s role alongside Lizzie Deignan, Great Britain’s Lizzie Banks has made the strongest of demands to cycling’s world governing body. The 29-year-old has told the Union Cycliste International to “put their money where their mouth is” and support races such as the recent women’s Tour of Italy, the Giro Rosa, which she described as “invisible” owing to its lack of live television coverage.

Banks won a stage in the Giro for the second successive year – a courageous breakaway victory on the longest stage of the race at the town of Tivoli on day four – and goes into Saturday’s world championship road race in Imola at the head of a strong Great Britain women’s team who include Deignan, Hannah Barnes and Anna Henderson. The hilly course promises dramatic racing while the calls for the UCI to push harder for equality grow ever stronger.

The Giro Rosa suffered partly because it was run at the same time as the rescheduled men’s Tour de France even though the calendar had been completely revamped as a result of the Covid-19 pandemic, but there was vocal criticism from fans and riders at the lack of television coverage. “The organisers were getting a lot of stick for not providing live coverage … they hit back, said the reason was they were struggling to save the race,” Banks said.

“If that’s true that’s where the UCI needs to step in. If people can’t watch it there’s no point having the race in the first place. We’ve [taken] a step back since last year – last year you could watch a huge amount of the race, this year you only had the last half hour and that doesn’t explain what happened in the race.”

Banks’s point that “women’s cycling is really exciting” should no longer need to be made. In recent weeks, the Grand Prix de Plouay – where she finished second to Deignan – and La Course by the Tour de France, also won by Deignan, have provided captivating viewing. 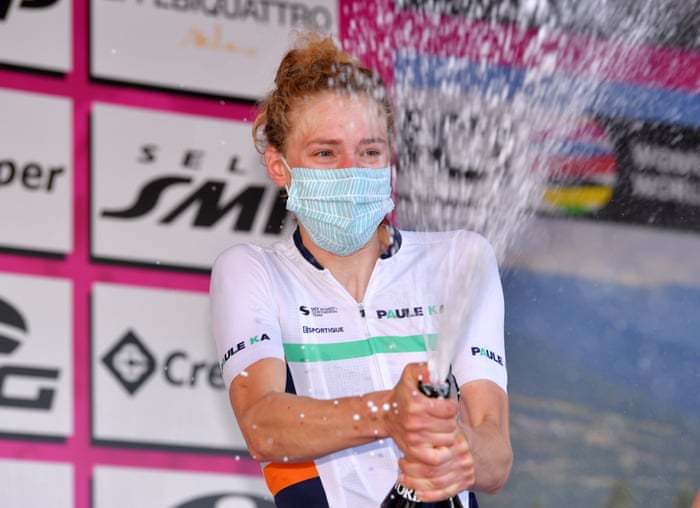 “On stage eight [of the Giro Rosa] the shit was hitting the fan after 10 minutes and the race exploded. It was carnage. I know people want to watch it, from the interactions I get through social media I know there is a hugely increased fanbase, but the UCI need to step in. They need to say, ‘look, we’re going to help you for this year and then it’s your responsibility to get a sponsor.’ I’m sure if we had had the live coverage there would be someone out there who would be captivated and say this is so bloody good I’m going to sponsor it for the next five years. Someone has to put their balls on the line and say: ‘I’m going to help you.’”

In a year of race organisers scrambling to run their events in the wake of the Covid-19 pandemic, the road race world championships has been organised in the Italian city of Imola. There are only four events in a reduced programme for elite men and women only, with the junior men and women and under-23 men’s races not taking place.

While the defending champion, Annemiek van Vleuten, announced late on Friday that she would take the start on Saturday in spite of a recent broken wrist, the reworked season means that with only a few weeks’ racing behind them, the rest of the field will be fresher than usual. As Banks said, form at present “depends on [riders’] support structures and how they coped with the anxiety around lockdown. The main protagonists are pretty good.”

Banks, a former Sheffield university medical student, has clearly coped with the lockdown as well as anyone. She puts that down to two things: at the start of the season, with an Olympic place on the line, she was “as fit as I’ve ever been”. Then when most of the world came to a halt in March, she decided to back off, partly on the premise there was unlikely to be any racing at all this year.

“I took a few weeks really easy, ate whatever I wanted, did whatever I wanted. If I didn’t feel like riding my bike I didn’t do it, maybe I’d go for a walk instead. After that three weeks I started getting out. Every day I challenged myself to go on one road I’d not been on before and it didn’t matter if it was just a tiny side street, it was something I was doing for my own mental health, to keep the excitement. It really worked.”

Microsoft doubles down on gaming with €6.4bn deal for Doom-owner ZeniMax