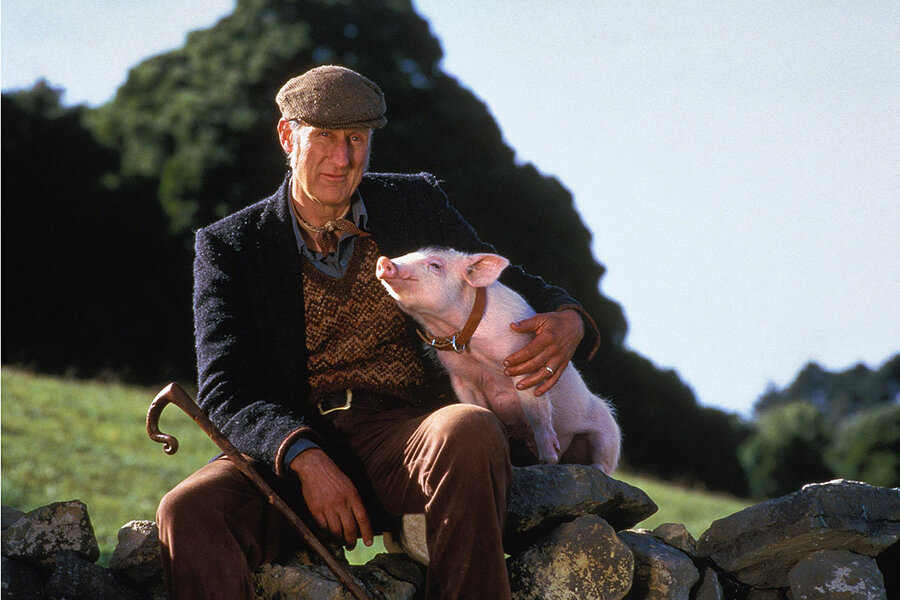 In times like these, when so many of our days are lived under the same roof, I can think of few better ways to come together than by watching first-rate family entertainment – in other words, movies that work for all ages. Family films are perhaps best appreciated with family, but if you should find yourself watching without one, that’s OK, too. The finest of these movies offer up their own companionable glow.

I have a special affection for the Beatles debut movie, “A Hard Day’s Night” (1964), because of the circumstances surrounding the first time I saw it. I was 12, and vacationing with my parents in Ireland. The film was playing near our hotel and I ventured out alone to see it only to be turned away as an unaccompanied minor. Fortunately, a kindly gent took pity on me, and I soon joined the screeching throng.

I’ve seen “A Hard Day’s Night” a dozen times since it came out and it’s just as wonderful as it ever was. The director, Richard Lester, making his feature debut, and the screenwriter, Alun Owen, perfectly understood how to display the antic energy of the Fab Four. It’s a knockabout fantasia, compressed into a single day, about the giddy tribulations of celebrity. John, Paul, George, and Ringo – who are never referred to as the Beatles in the film – are tickled and bemused by their stardom. The shrieking, stampeding fans provide the background noise to the boys’ lives, but there is no downside, no danger, in the adulation. (That’s why the film is a fantasy.)

What makes this movie a perfect family entertainment is its all-purpose, multigenerational appeal. It has the unifying power of the best family films. Even if you are old enough to have lived through Beatlemania, the movie functions as much more than a prime piece of nostalgia. It’s a nonstop jamboree with a great lineup of the best early Beatles’ songs, starting with the title track that kicks things off right out of the gate.

Because we now know how the lives of the Beatles played out, the film carries an affecting extra dimension. But it’s so playful, so joyous, that, watching it again, I never get caught up in sentimental retrospection. It’s one of the happiest films ever made. Introducing it to a new generation of fans must surely be one of the most replenishing of movie pleasures. (Rated G)

The superpolite orphaned piglet who yearns to be a sheepdog is the star of the beloved 1995 Australian comedy “Babe,” directed by Chris Noonan and based on a classic children’s book by Dick King-Smith. Babe’s owner, Farmer Hoggett (played by tall and spindly James Cromwell), has designs on the little guy for Christmas dinner. But then the two of them bond and, with the logic of a fairy tale, Babe goes on to win the all-important sheepherder’s competition. The animals in this film, which also include ducks and a chattery chorus of field mice, speak perfect English. Because the special effects are so special, we never doubt the reality of the illusion. The poetically perfect ending has soft-spoken Farmer Hoggett praising Babe’s victory with the immortal lines, “That’ll do, Pig. That’ll do.” (Rated G)

This 2018 sequel to “Paddington” is the rare movie that convincingly gives goodness a glow. The unwaveringly optimistic Peruvian bear with the scrunched hat and duffle coat and marmalade sweet tooth wants to surprise his beloved Aunt Lucy with a special present – a pop-up book of London – for her 100th birthday. But fate intervenes and he is framed and imprisoned for a crime he did not commit. It all comes out right, of course. Paul King’s direction is deft, and his live-action actors, including Jim Broadbent, Sally Hawkins, and a hilarious, scenery-gobbling Hugh Grant, make up a dream cast. (Rated PG)

Hayao Miyazaki’s 2002 masterpiece outgrossed “Titanic” in Japan and, in its English-dubbed version, won the Oscar for best animated feature. Ten-year-old Chihiro and her parents, en route to their new home in the distant countryside, enter a mysterious tunnel that leads to a seemingly deserted amusement park teeming with shape-shifty spirits. No other animator has ever quite matched the ineffable beauty of Miyazaki’s mostly hand-drawn imagery. The storyline’s fantastical circumlocutions rival “Alice in Wonderland” and “The Wizard of Oz.” (Rated PG. Some imagery may be too intense for very young children.)

These films are available on at least one of these platforms: Amazon Prime Video, YouTube, Google Play, iTunes.