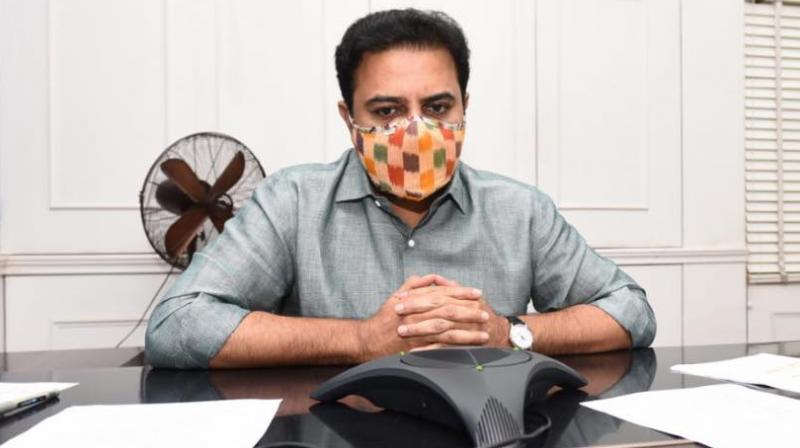 TRS working president KT Rama Rao has commenced exercise to gear up the party cadres for the ensuing elections to Hyderabad, Warangal and Khammam municipal corporation by holding a teleconference with the graduate MLC election in-charges of erstwhile Khammam, Warangal, and Nalgonda districts on Thursday.

Giving directions to the party men, the KTR stated that TRS has won all the elections in the state, from Panchayat to Assembly  elections.He added that the party has registered a grand victory in municipal and ZPTC elections.

KTR highlighted that the TRS party under the leadership of CM KCR has introduced various welfare and development schemes in the state.

He also highlighted the new revenue act, municipal act, and stated that their benefits are reaching every citizen in the state. He mentioned that the TRS Government has eradicated the 60-year-old fluorosis problem in just six years.

He said “today there are no fluoride victims in the state and it is the achievement of the TRS party.” The Working President stated that the TRS government took the development activities to every corner of the state. KTR asked the party men to highlight the welfare schemes introduced for the benefit of youth and students.

Rama Rao pointed out that the agriculture sector in Khammam-Warangal-Nalgonda has recorded a major boost with the irrigation projects providing sufficient water.

Reminding that the TRS government has already developed Mega Textile Park in Warangal, KTR said that attempts are on to inaugurate the Khammam IT Tower in October and also to operationalize Buggapadu Food Processing Park and setting up of various other food processing parks.