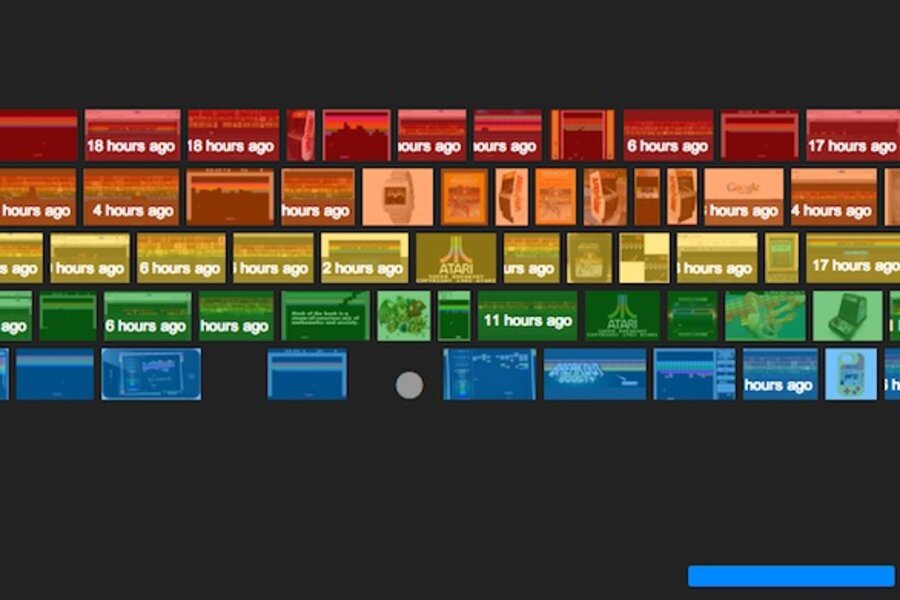 In 1976, Atari released Breakout, an arcade game with a very simple premise: Using a pixelated paddle, gamers bashed a pixelated ball at a wall of pixelated bricks. If you knocked apart enough bricks, you won. Missed the ricocheting ball, and you lost. The whole thing was based loosely on the Pong concept – Pong, of course, was two-player – and it was extremely popular. In fact, Breakout was Atari’s most popular game, at least until Asteroids arrived in ’79.

And now, on its 37th birthday, Atari Breakout – that pioneering video game title – is getting a Google tribute. Or, more accurately, it’s finally getting the easter egg it deserves.

Here’s how it works: Navigate over to Google Image Search. Type in the phrase “Atari Breakout.” Within a couple of seconds, the screen will transform into a slightly modified (see above) version of the familiar Breakout set-up.

The easter egg will even keep track of your score for you, and provide you with a link so you can share your best numbers with pals. Our own high score is not worth speaking of here – it is embarrassingly low – but we’ve perused Twitter, and we’ve seen some scores in the 600s, and the 700s, and even one right up around 2000. To which we say: We admire your commitment, dear gamer.

Bonus fact: one of the men originally tasked with developing an early version of Breakout was Atari employee (and future Apple chief) Steve Jobs. Mr. Jobs subsequently handed off the project to his pal (and future Apple co-founder) Steve Wozniak. Jobs had promised to split the $700 fee with Wozniak, which he did. But he hung onto the $5,000 early-finish bonus for himself – he’d neglected to tell Mr. Wozniak about that part.