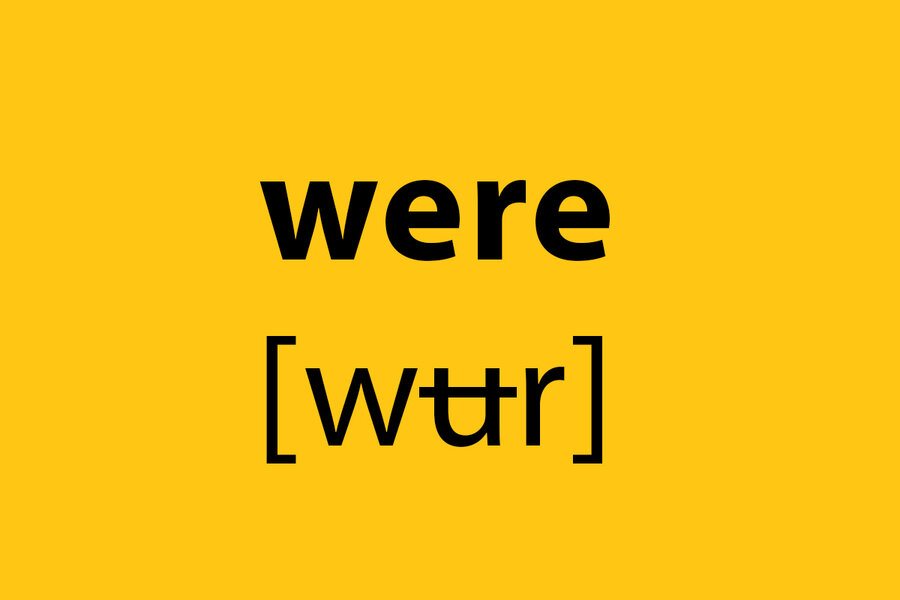 In 2004, pop star Gwen Stefani sang about “If I was a rich girl.” Later, Beyoncé struck a blow for proper grammar with her platinum-selling song “If I Were a Boy.” “If I were” versus “if I was” reflects tensions over the subjunctive, a part of grammar that English speakers rarely notice until it trips us up.

The subjunctive is what linguists call a “mood.” This is not mood as in “I woke up tired this morning, but now I’m feeling a bit more subjunctive,” although that would be fun. It is a variant of mode, and refers to a speaker’s attitude. English has three moods/modes that can affect verb forms. Almost everything we say today is in the indicative mood, which is used to state or question what we consider to be facts: “She does her homework.” The imperative mood gives commands: “Do your homework!” The subjunctive is for hypothetical situations, when we imagine how something would be: “If she were doing her homework regularly, her mother could relax.”

The subjunctive is also used to express wishes or demands, as in “The company mandates that all visitors wear a mask.” But what, exactly, is the subjunctive verb here? Therein lies the rub. The third-person plural verb form wear is the same in the indicative (“visitors wear”) and subjunctive (“it is required that visitors wear”). The only time we see verbs changing in the subjunctive mood today is when we use be instead of am/is/are, use were instead of was, and drop the “-s” in the third-person singular present tense. The examples: 1) “rules state that visitors be masked”; 2) “if I were masked”; 3) “it is required that he wear a mask” (not wears). Otherwise, subjunctive verb forms are indistinguishable from indicative ones.

Fowler’s Modern English Usage calls the subjunctive mood “one of the great survivors of an earlier state of English grammar.” It made more sense in Old English, which inflected verbs – changed them according to person, tense, etc. – much more thoroughly than modern English does.

Some grammarians consider the subjunctive to be “moribund, fossilized, and almost extinct” in English, as linguist Éva Kovács notes. Data scientist Charles Finney, in contrast, argues that it is “a beautiful and valuable component of the English language, and instead of dying out … actually is enjoying a subtle revival.”

The revival Mr. Finney refers to occurred in the first half of the 20th century, when use of the subjunctive after “if” (“if I were”) and in mandates (“that visitors be masked”) actually increased.

Taken as a whole, however, its use does seem to be on the decline. Fewer and fewer speakers are as meticulous about the subjunctive as Beyoncé. Would we miss it, if it was gone?