A portal user under the name Pikabu Diaver several years living in the United States. From time to time he talks about life on the other side of the ocean. What sort of roads, city blocks, tourism, taxes and so on. Now the time has come to describe a typical American supermarket.

States — a country with very low population density. As such, the convenience stores there, so a trip to the store is always an event. Need to make time to make a shopping list and the car to go to the nearest or not so supermarket. 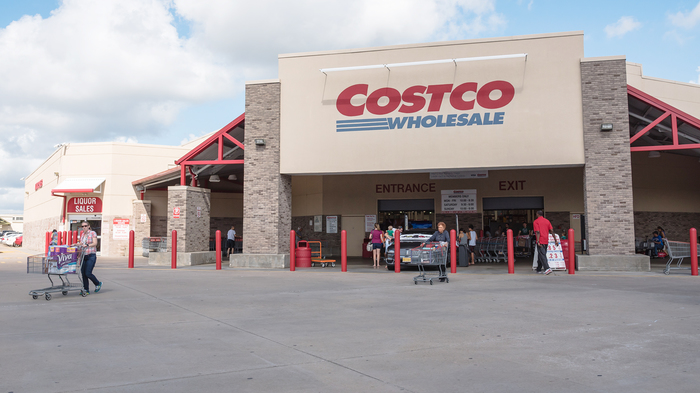 In USA very popular chain of stores Costco, analogue of the Russian Metro, where you can often buy food, clothes and other goods much cheaper than in usual retail stores. When I lived in Wisconsin, the nearest store was located 10 minutes from the house, but in the state of Rhode island of the chain stores, and we have to travel to neighboring Massachusetts. 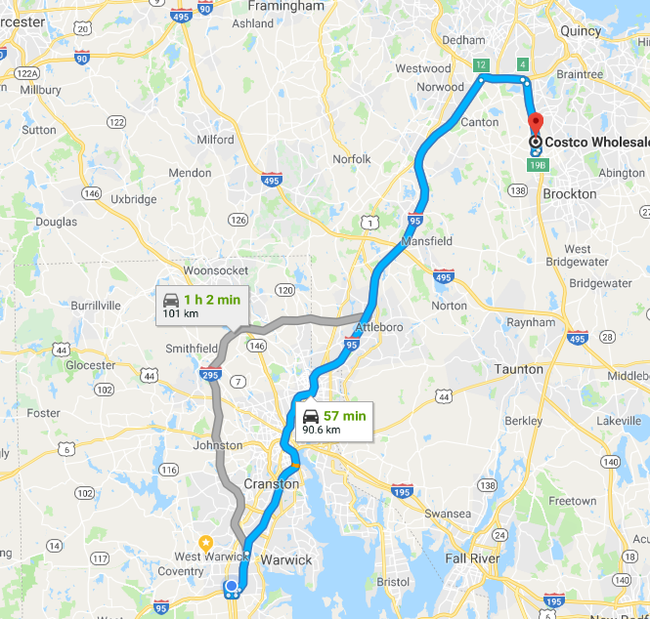 To go shopping at Costco, you need to pay an annual subscription cost of $ 55. At the entrance of the woman checks the card buyer. 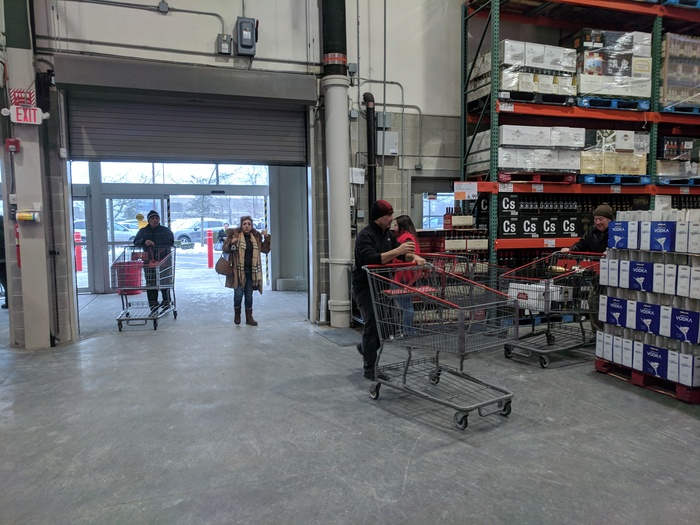 Shopping cart with straps for fastening the children. 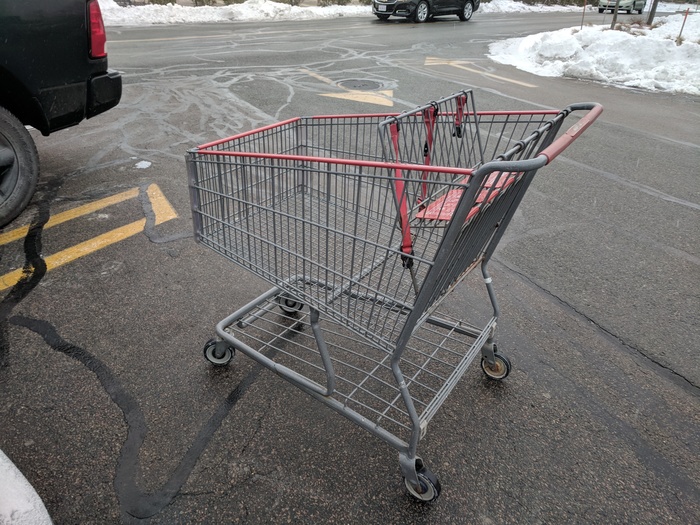 Right at the entrance of the Department is with alcohol. The average bottle of wine costs $ 10-15, a box of beer, 25-30. An interesting feature: the price tags do not write, what is this wine sweet or dry. Sellers often can not tell. Every time you have to choose at random. 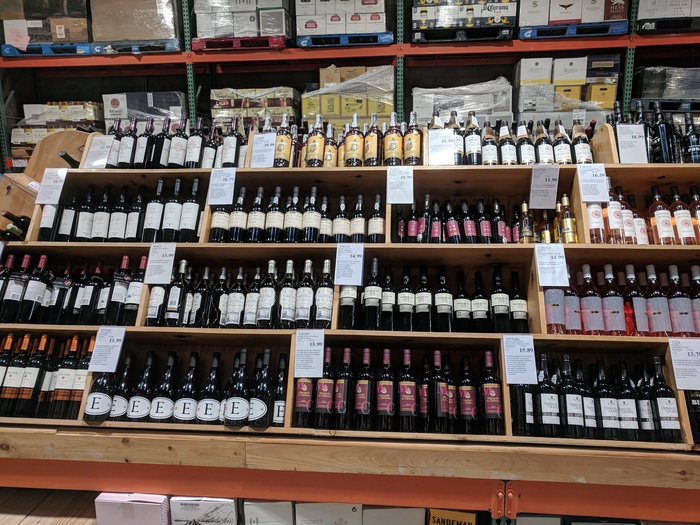 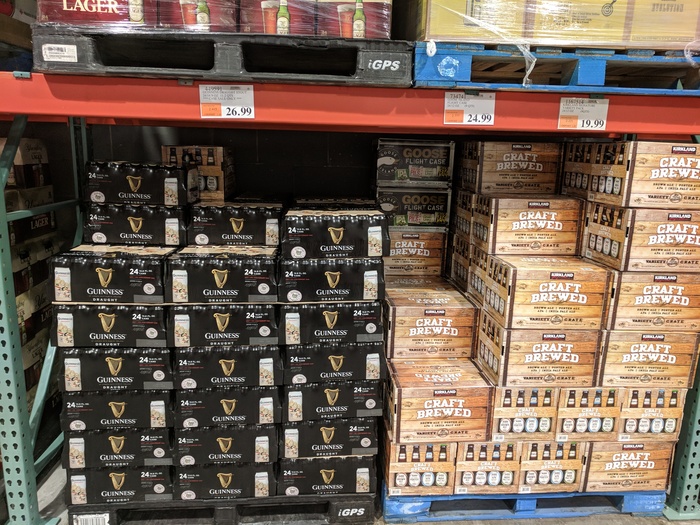 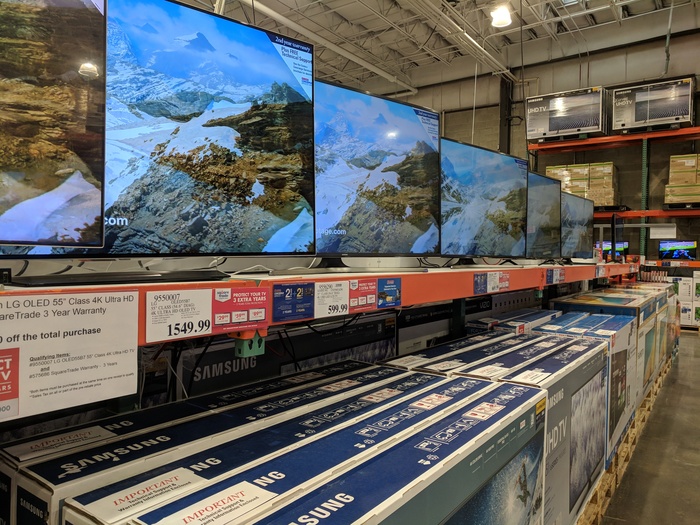 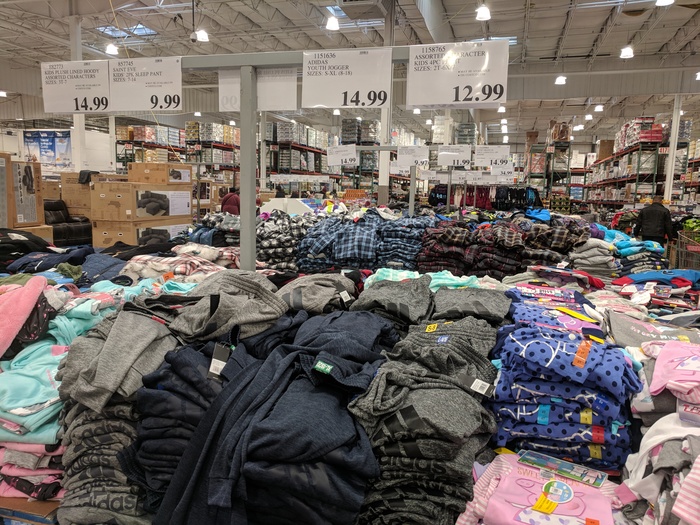 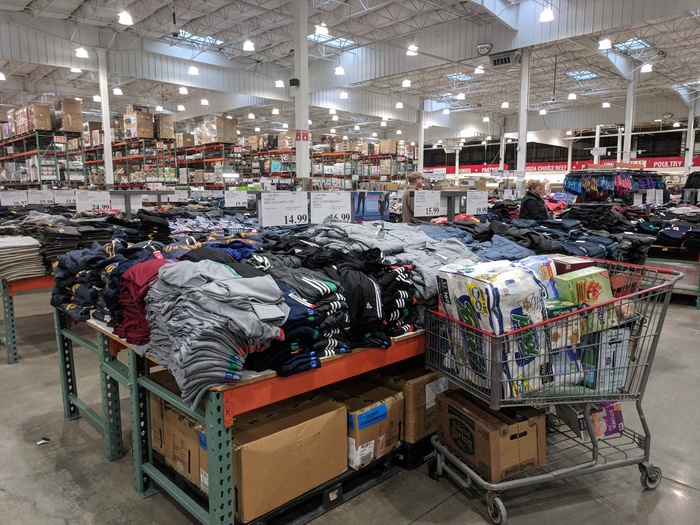 In this store we basically take the meat and fruit with vegetables, because they are quite good quality and inexpensive. Prices are given per pound (0,453 kg). 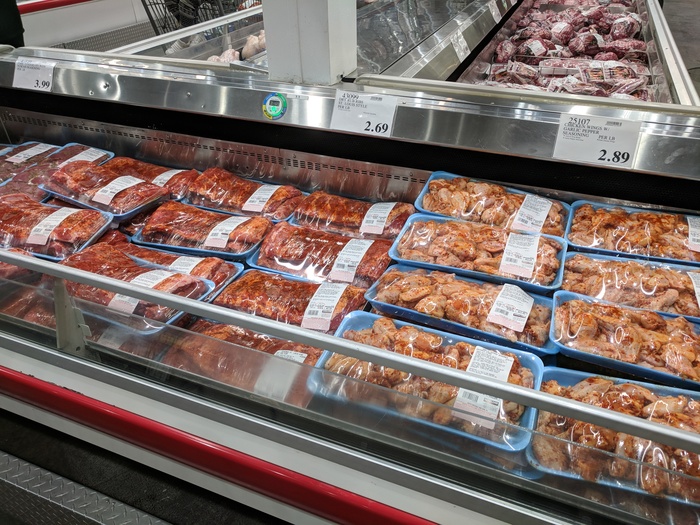 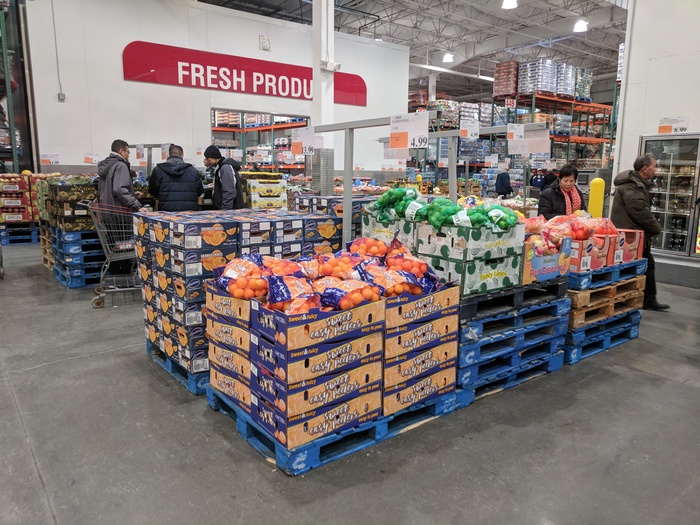 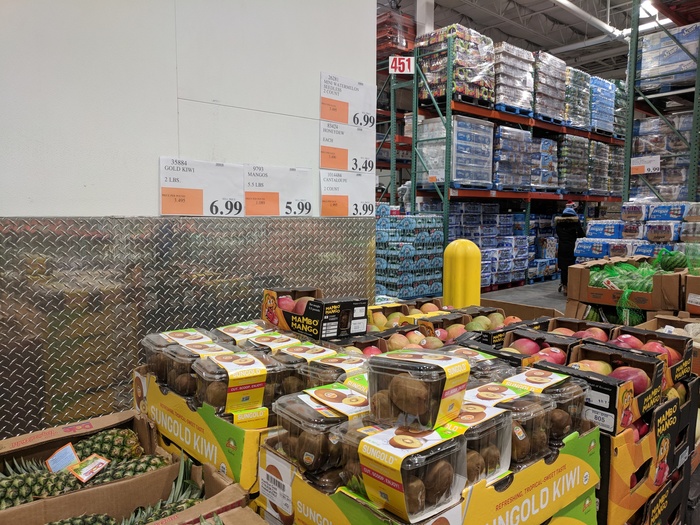 Semi-finished products, which actively feed on the Americans. All sorts of snacks like biscuits, peanuts and other things are sold from the boxes. 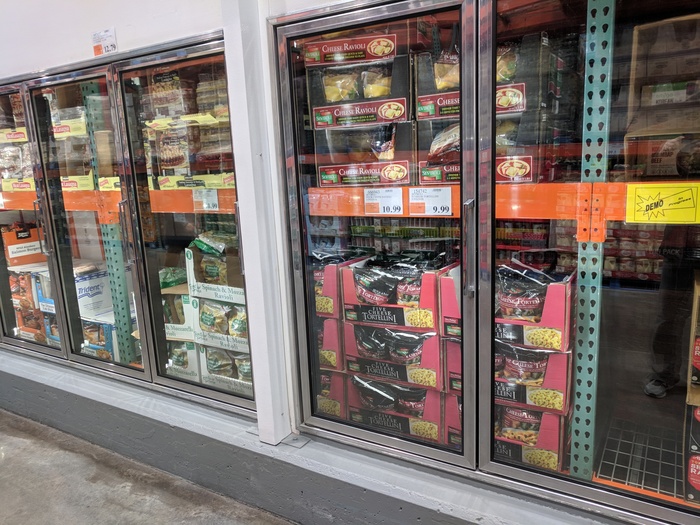 Liter bottle of milk or juice to find. Everything is sold in canisters in a gallon (3.7 liters). Milk is 2.6 dollars per gallon. 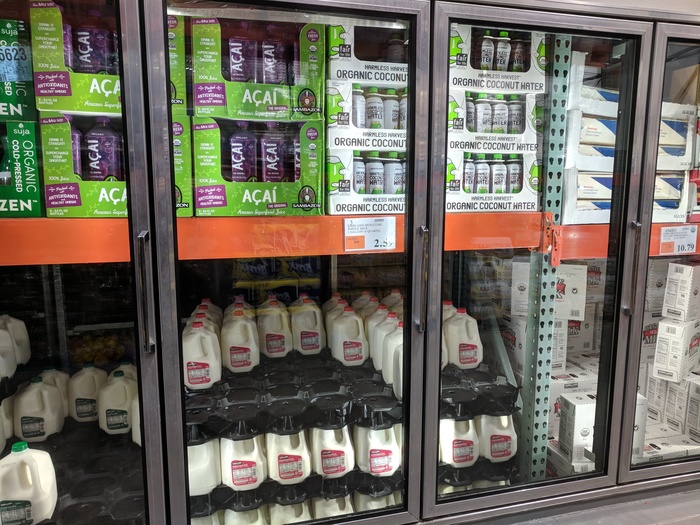 Here’s a food cart cost 390 bucks. A human child in this not included. 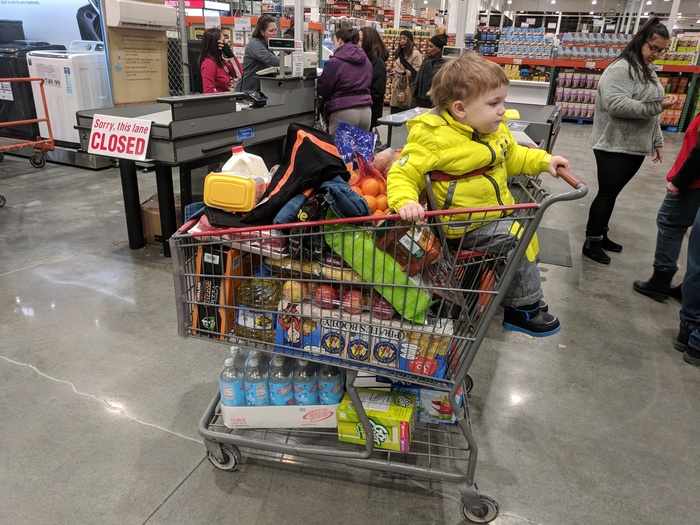 By the way, tax is usually not included and paid separately. In every state it’s different. On average this tax is about 5%. And in some States food is not taxed to them. Reasons why the tax is paid separately, a few, one of them — shop disclaims any responsibility for the increase in prices due to taxation.

Store food in packages do not stack, but you can take a cardboard box and all that in them lay. As shown, the cartons are much more convenient packages. 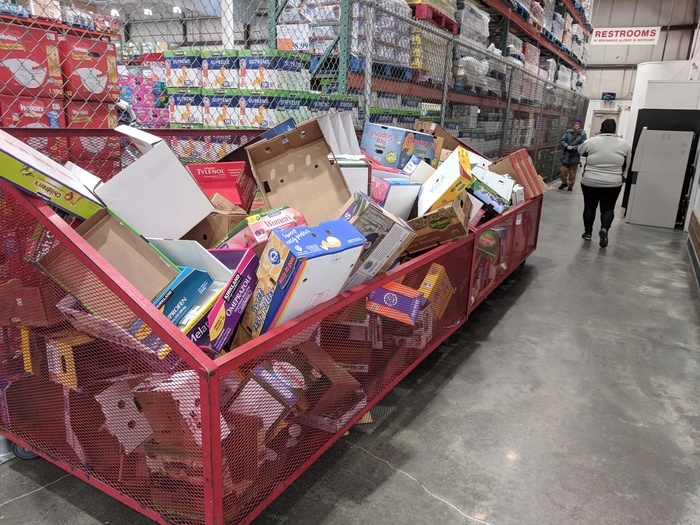 The store has a toilet. And it’s pretty clean. 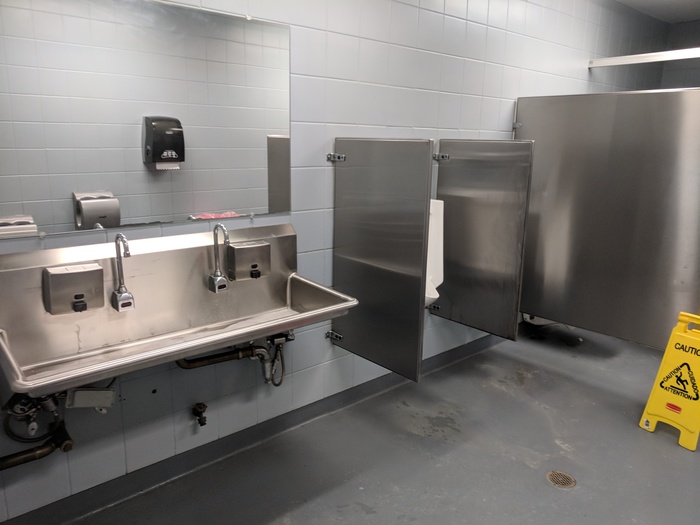 Drinking fountain at the toilet. Such fountains are very common in the States. They can be found in almost any large store. In the States there is no concept of an official language, but the default key is considered English, though often labels are duplicated in Spanish like this. 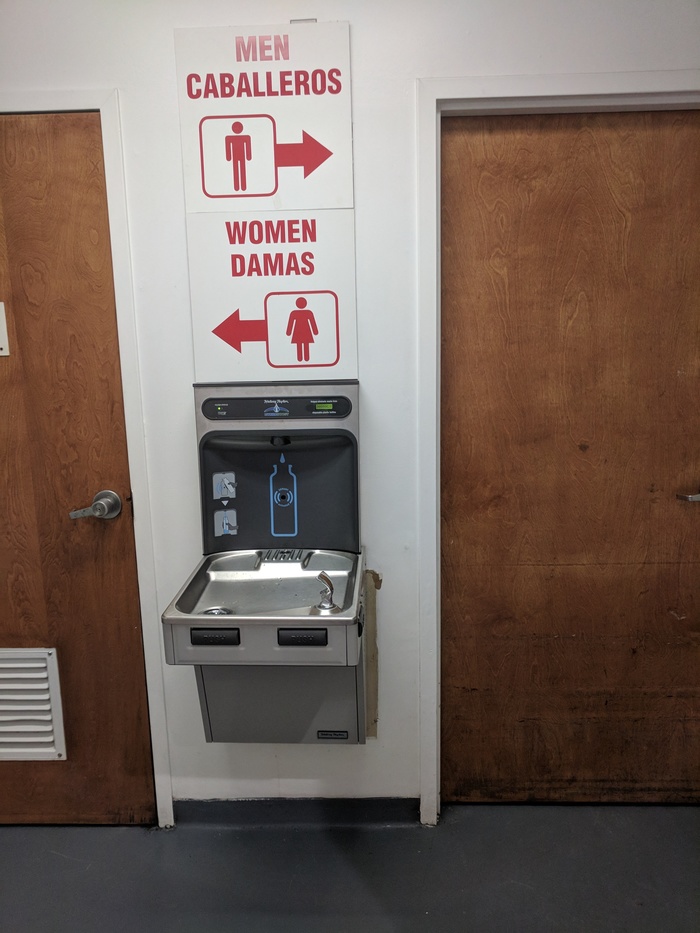 In the US, never had a problem with small kitchens, so all household appliances are a very impressive size. 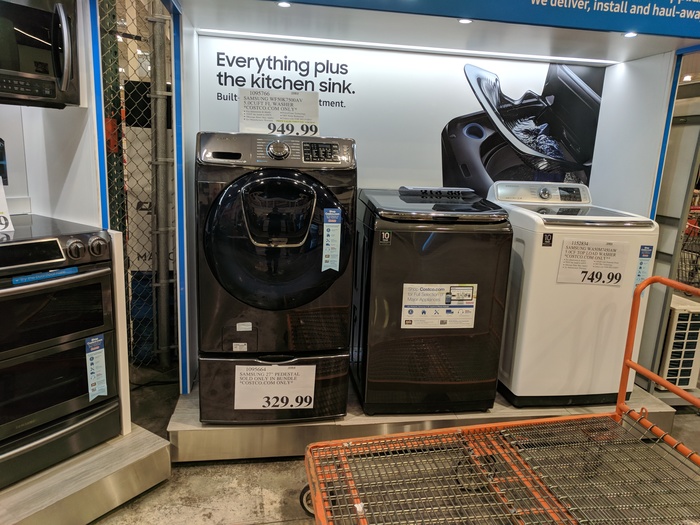 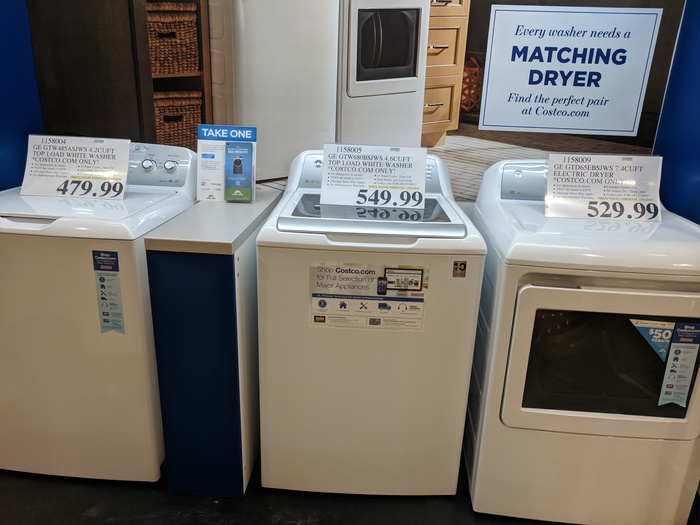 Here you can eat a cheap hot dog. Along with hot dog give a glass of soda. The soda is poured ourselves in unlimited quantities. 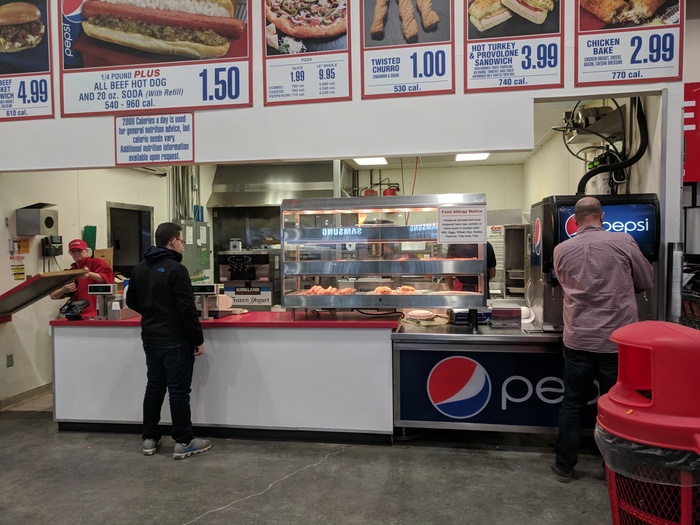 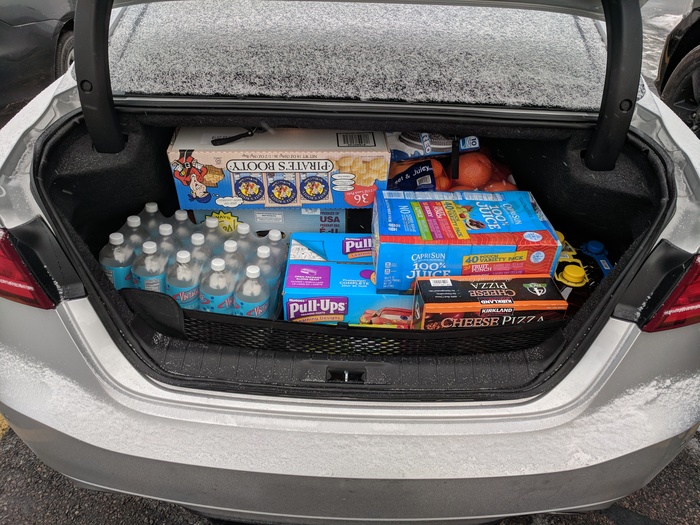