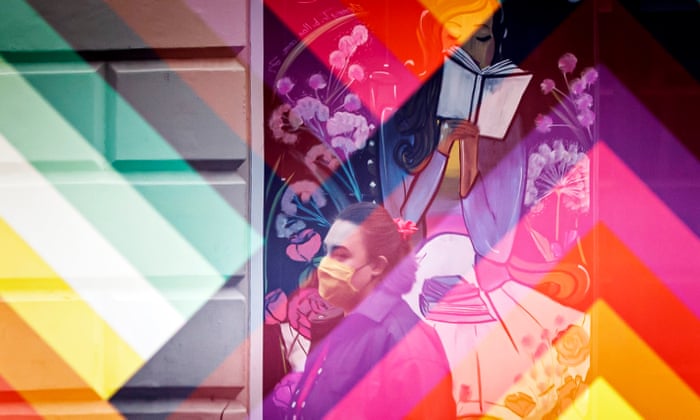 Coronavirus cases have doubled in the majority of English cities and towns that are subject to long-term local lockdowns, Guardian analysis has found, amid growing concern that restrictions are confusing and done “on the cheap”.

In 11 out of 16 English cities and towns where restrictions were imposed nine weeks ago, the infection rate has at least doubled, with cases in five areas of Greater Manchester rising faster than the England average in that time.

In Wigan, cases have risen from seven per 100,000 residents to 102 in that period. Leicester is the only one of the 16 areas to record fewer cases than when the measures were implemented.

The findings will raise concerns after Prof Chris Whitty, the chief medical officer for England, said the government’s strategy was to limit the virus to regional hotspots. “If everybody follows the guidance, then we could actually contain it within the areas it is [now] in the way that happened to some degree in Italy and Spain,” he said at a press conference on Wednesday.

On Thursday, more than 2 million people in Merseyside, Warrington and Teesside were told they were to be banned by law from mixing with other households indoors. However, the mayor of Middlesbrough, Andy Preston, said he would not accept the measures because they were based on “factual inaccuracies and a monstrous and frightening lack of communication, and ignorance”. He added: “As things stand, we defy the government and we do not accept these measures.”

Scientists, MPs and local leaders said the growing patchwork of local measures – which now cover about 20 million people, nearly a third of the UK population – had failed to bring down coronavirus rates, in part because the rules were unclear.

There is concern that large parts of the country could be left with tighter restrictions for months after George Eustice, the environment secretary, said measures would only be lifted when local infection rates were “more in line with the national trend”.

Sir Chris Ham, a former chief executive of the King’s Fund thinktank, said the figures showed that the government must “redouble its efforts in generating public support for restrictions and using a wide range of community leaders to do so”.

He said case numbers were not falling because the lockdown rules were too “complex and confusing”, there was a lack of support for people self-isolating, and the test-and-trace system was “still not working well enough”.

Using Public Health England data, the analysis measured the increase in case rates since restrictions were introduced in each area until the week ending 20 September. It excluded lower-tier local authorities and areas where lockdowns had been introduced in the previous two weeks.

Cases in Wigan, Bolton and Bury had roughly quadrupled since restrictions were imposed on 31 July, a significantly faster rise than in the rest of England.

The rise in cases is now affecting hospital wards. The number of admissions from Covid has nearly doubled in Greater Manchester since the measures were introduced, rising from 25 a day in the first week of August to 49 earlier this week. The number of Covid patients in intensive care in the area has jumped from 12 to 41.

While it is not possible to know how high case numbers would have risen if no action had been taken, scientists said that if the aim was to bring down infection rates, local lockdowns had failed.

Boris Johnson cited Luton on Wednesday as an example of local lockdowns working. Although its cases did fall when restrictions were imposed, allowing it to be released from the measures within days, they have since started rising and are now above their original level.

Dr David Strain, a senior clinical lecturer at the University of Exeter and an honorary NHS consultant, said he believed another national lockdown was a “very realistic possibility” due to the failure to stamp out the disease before autumn. “The lack of clarity about what the rules are is a big part of the problem. We need very good, clear and consistent messaging across the board that we should minimise the spread by creating exclusive social bubbles.”

Andy Burnham, the mayor of Greater Manchester, said ministers had tried to contain the virus “on the cheap” by introducing local restrictions without a significant package of financial support for businesses, residents and local authorities.

He said he would not want the rules to be tightened further in Greater Manchester; rather, they needed to be “more consistent”. “There is still a feeling that local restrictions only achieve so much and actually it’s only going to be anything [imposed] nationally that bring cases back down again,” he said.

Matt Hancock, the health secretary, on Thursday announced a £7m payment for councils in affected areas, while some local authorities, such as Bolton, have been allowed to hand out up to £1,500 per business every three weeks. But local leaders described this as a “drop in the ocean”, calling instead for an extension of the furlough scheme for businesses in lockdown areas.