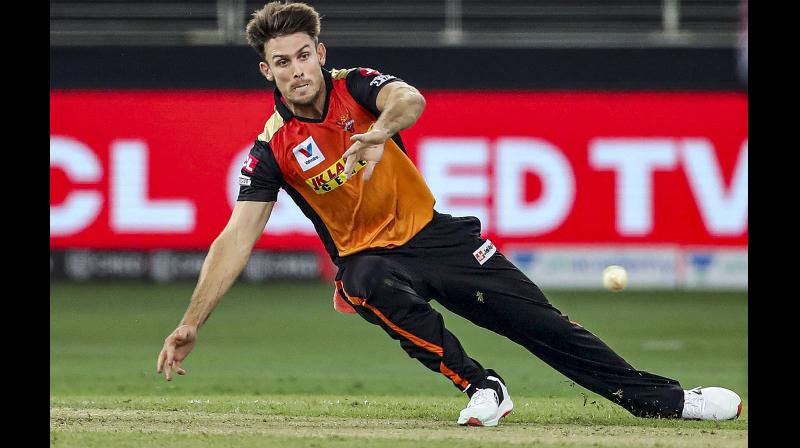 Dubai: Australian all-rounder Mitchell Marsh is unaware of the extent of his injury, which ruled him out of the Indian Premier League, as the reports of the scans performed on his right ankle went missing in the UAE. This was confirmed by the cricketer himself on Tuesday.

“We don’t really know what happened with the scans over in the UAE. Cricket Australia haven’t been able to get their hands on them so it’s bit of a weird situation,” Marsh told reporters during a virtual press conference.

Marsh, who twisted his ankle while going for a dive in his franchise Sunrisers Hyderabad’s season opener against Royal Challengers Bangalore, is currently undergoing a 14-day quarantine in a Perth hotel.

The injury cut short his outing in the remainder of the lucrative T20 league.

Marsh, whose IPL campaign in 2016 was also derailed by an injury, could only bowl four deliveries in his spell before being helped out of the ground.

“Hopefully I’ll go for another scan at some point this week, if I can get clearance, and then we’ll be a lot clearer on what we’re dealing with.

“This one is obviously really frustrating and a little bit unlucky. I’ve tried to dive for a ball like that a thousand times in my career.

“It’s one of those frustrating injuries. I’ve been through a few now so I think I know how to deal with it. I moaned and groaned for about 48 hours in the UAE,” Marsh said.

The Australian, who shone on the tour of England prior to the IPL, expressed his disappointment at not being able to be a part of the action in the UAE.

“It was nice to contribute to a few wins for Australia again. I went over there in a really good headspace. Six months at home working on my game and I was just in a really good place in my life.

“It’s always disappointing to not be playing cricket now. That’s the way it goes sometimes. I was really looking forward to playing in the IPL, having not played there for a few years but it obviously it wasn’t meant to be this year.”